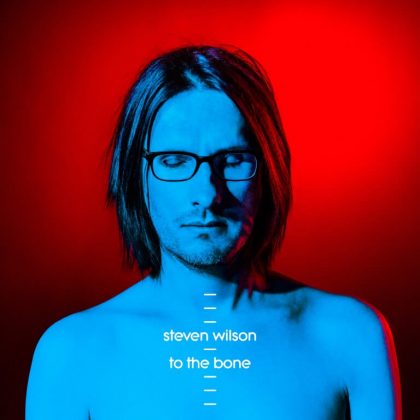 The change of course in Steven Wilson’s career after Hand. Cannot. Erase. was evident from the line-up changes. The only remaining members from his stunning band are Nick Beggs and Adam Holzman, which created the suspicion that the very adventurous themes would be missing from his next album. This was confirmed by the first samples and the announcement that he wanted to do something inspired by some of his favorite albums like So (Peter Gabriel), Hounds of Love (Kate Bush), The Color of Spring (Talk Talk) and The Seeds of Love (Tears for Fears). Lead guitar is played by the exceptional David Kollar, on drums it’s Craig Blundell and Jeremy Stacey, the production was handled by the twin brother of the latter, Paul Stacey, while two songs (To the Bone, Nowhere Now) were co-written by Wilson and Andy Partridge of the legendary XTC.

The duet with Ninet Tayeb in Pariah was the first uploaded song from the album and personally I found it very professional and just as much awkward and almost pointless, in the sense of ambiguity of artistic intent, apart from the love for Kate Bush. The question marks were increased with the minimal, experimental Song of I that would make Peter Gabriel burst into laughter. The trolling sensation shot off with the ABBA tribute entitled Permanating (which really is not a cover). Soon after, the album leaked and any queries were resolved or remained there forever, but Steven gained all this interest and deserves credit for that.

At first glance To the Bone is Wilson’s most straightforward album, although several elements are hidden behind his beloved intellectual pop and emerge in later hearings. The most pleasant thing here is that the album is -surprisingly maybe- a very bold attempt compared to the apparently more discontinuous Hand. Cannot. Erase., but also a rather unfortunate one and inferior to say the least. The pattern that Wilson refuses to give up is the irreconcilable combination of his purely personal composing style with everything he loves, in a way that now is even more inadequate than his inability to stop milking from PF, sampling VDGG, “loaning” the vocal melody from KC’s Circus or more recently copying Rush and so on. Beginning with the title track, Mark Feltham’s harmonica seems to accompany Floyd’s Time, leading to a PT-style self-copy crosstalk of their 90s and 00s period. Nowhere Now is too sweet and easy, while The Same Asylum As Before is the first positive element here which however does not excite. Refuge stands out for the amazing guitar solo, while Blank Tapes with the strong Genesis influence introduces us (needlessly) to the energetic People Who Eat Darkness, probably the best song on the album, where heavy and acoustic parts intechange beautifully with a lovely groove (yes, PT again). The 9.5-minute Detonation is also based on groovy development and has a strong live feeling culminating in another gorgeous guitar solo before the melancholic ending with Song Of Unborn, which not only fails to sound convincing, but you’d swear you’ve heard it before (because you have, indeed).

To sum up, this is not a bad album, but regarding the timing and all the albums that came before, it is the worst it could be. Wilson’s own statement about this album was related to sincerity, and abolition of human equivocation, hence the title. Everything would be great if he himself had stayed true to what he had said musically, without any amenities, without tributes, without retrieving his old band from the ice whenever there is no Peter Gabriel, Pink Floyd, ABBA etc. so annoyingly on the spotlight in his compositions. Steven Wilson has hitherto held one of the biggest series of good-to-excellent albums and has rightfully won a lonely place at the forefront of prog and rock in general, but maybe this is the right time to think some things over. In the musical field where he has grown and he belongs, the artistic motives and how much they are achieved aesthetically are not secondary to anything and you can’t always hide behind a perfect sound production. Hybridization, vagueness and repetition do not constitute a new, let alone a personal point of view, but at best confusion. And judging from the cover (seriously?) I hope this is confusion.

Steven Wilson reveals further his artful pop tendencies in this album, which sees him stretching the boundaries of prog by mixing influences ranging from Peter Gabriel, The Beatles, Pink Floyd, David Sylvian to ABBA (!) and Radiohead with his own creations of Storm Corrosion and of course Porcupine Tree. Despite the well-worked sound and polished compositions, guest vocalists and plenty of mood variations, To the Bone is a rather uneven outfit. The intriguing Porcupine Tree-infused numbers float well above the surface, in contrast to the more commercial-sounding tracks that flatten the peaks of creativity. Rather pleasant but not memorable, To the Bone may well establish Steven Wilson as the bridge between prog and intelligent pop-rock or the Peter Gabriel of our era.

Best moments: The Same Asylum as Before, People Who Eat Darkness, Detonation, Refuge