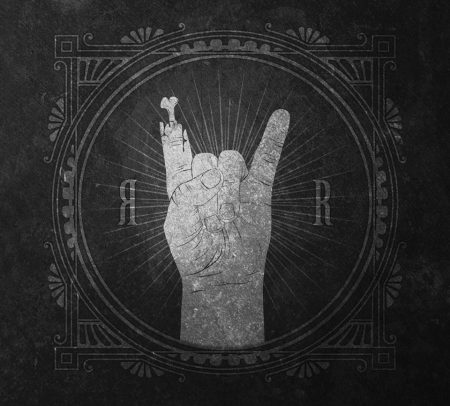 To say that the Greek metal scene has had somewhat of a renaissance in the recent years would be like selling ice to Eskimos. The boom of Greek progressive music is impressive and the recognition it receives exceeds the narrow boundaries of our country. A band that is leading the building of the admirable reality we are experiencing is none other than Need. From album to album they are increasingly improving and evolving in a band that is already considered important in the context of the international progressive scene.

It is no exaggeration to say that the guitarist of Need, George Ravaya (a multi-tasking personality), is the catalytic element for their success. A very skillful musician who, within a studio, knows how to create a complex piece and when on stage, turns into a passionate, unblemished figure that can perform accurately. If someone has attended their concerts, especially the one in support of Fates Warning, they can confirm that Need can give vitality and enthusiasm to the audience and Ravaya is a benchmark.

After another successful album, Hegaiamas (our reviews here), and in the middle of preparing the next, their guitarist chooses to create his personal record. The question that is born in such releases is whether a musician who composes and is active within a band, can escape the sound of it- in which he also assists in its formatting – and offer something new and unexpected.

It is not hard to identify the influences of Need which are mainly in the sound of the 90s and specifically Dream Theater and Nevermore. On his solo album, Ravaya follows in the footsteps of the locomotive guitar levers of the aforementioned bands: Petrucci and Jeff Loomis. Same as in Need, in his personal venture, personality and talent are what precedence and the influences to other artists are only the necessary background for an autonomous journey.

His first solo work Rifftard also draws inspiration from the big of the genre Vai and Satriani, who made guitar albums, fashion and something to look for by their aspiring peers. This fashion has been through the advent of new technologies, and infinite videos, are now circulating with guitarists trying to assert their abilities and claim recognition for their name. The question is whether in a labyrinth of releases that reveal mostly a passion for recognition and not a worthwhile musical proposition, an instrumental album can distinguish between them.

Where this album differs, is that it encompasses the style of a guitarist who knows how to control his guitar skills and lets the feeling emerge. He knows how to be progressive without being deliberate. Rifftard is not a display record, it is a set of 5 pieces that want to express something personal in the time that we think everything is now said.

What stands out from the opening Heartinos is the hard riffing which is not one-sided and binding, but evolves into melodies and a nice solo. Ravaya sounds progressive within small pieces. The signature sound of Need is eminent and sets the bar high for the compositions that can, however, to a large extent escape from it. I would personally have singled out the ballad of the album, Barcelona in the Rin, which creates this image of rain on a wonderful city like Barcelona.

Overall, as a first sample of writing, Rifftard leaves hopes that can be transformed into a more lengthy release. There is nothing that has not been heard before, nor something that changes the rune of the history of electric guitar. It is the testimony of the soul of a very good guitarist who I believe has a lot of room to evolve.

It is a fact that guitar oriented music recently passes a second youth and guitarists, such as Tosin Abasi (Animals as Leaders), Plini, Richard Henshall (Haken) and others, try to expand the possibilities musical instrument while releasing  good sounding music. Our own Ravaya (Need) belongs in this phase, that with Rifftard releases his first solo EP. While it’s a guitarist album, the record differs significantly from the classic shredding play and from the progressive /experimental sound, instead invests strongly in the riffs and the melody. A classic riff driven track is the amazing Tidiodaitu, while the “warm” and spacy Barcelona in the Rain introduces us to the melodic side of Ravaya. The remaining tracks move on the same wavelength, with perhaps a little better balance melody – heaviness with Rivergiant to stand out. Of course some ideas are reminiscent of Need (naturally), but it luckily it doesn’t look like a staple of riffs were cut from the main band of Ravaya. In general, Rifftard is a tray of alcohol shots, fresh and highly recommended to those who like guitarist music that is differentiated from the classic masturbatory showcase of skills.