Fates Warning had announced their show in Athens in the context of the tour for the promotion of their latest album; an album that signaled their return to higher standards and it was an added enticement for their fans to see once more their favourite band in the flesh. The promising Need opened for them who have enthralled the prog audience with their two latest releases. 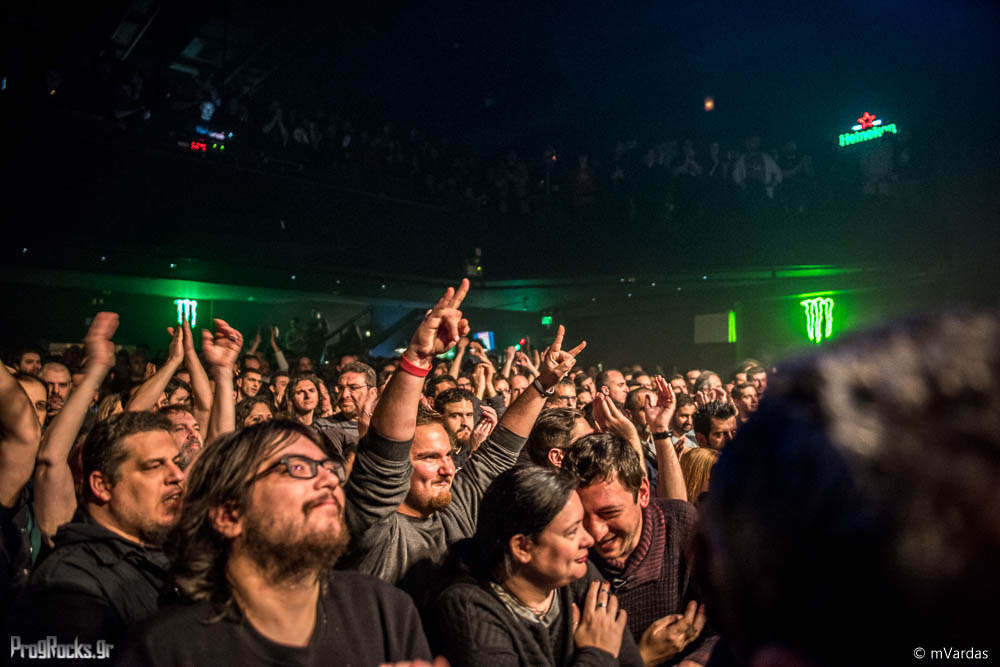 When I entered the venue at around 20:20 I was surprised by the high attendance. The fans anticipated Need to storm the stage, a fact that proves the impact they have made. Their latest album that followed up Orvam, an equally good record, has earned international acclaim which testifies that the band is about to consolidate its place. My impatience to hear their material live was in accord with the enthusiasm of the audience which was champing at the bit to witness a band that will surely be written in the glorious future pages of prog regalia. 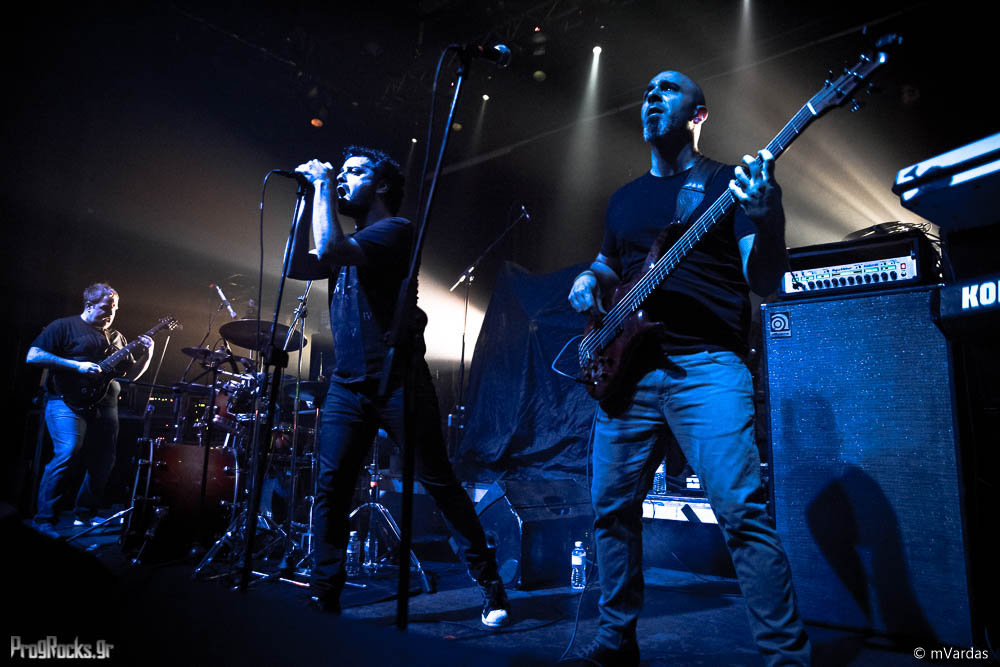 At 20:20 the female vocals of Rememory signified that the time of Need had come who were punctual to the timetable and let their music sweep the venue like a torrent. Within the limited time allotted for support acts, they did succeed to leave their imprint and impress those that were still flying under their radar. Next was Alltribe which testified how comfortable are Need on stage, with George Tzavaras on the guitar impressing everyone with his skills and also with his exuberant, yet stripped of any pretentiousness performance; he was simply the link between the group’s show and the audience. The enthusiasm reached its peak with their next tune Mother Madness, where the heavy riffs consolidated their momentum in a packed Gagarin where new punters kept coming in. Next, Τilikum provided the opportunity for Mina Giannopoulou’s voice to fill the room with colours. The end came with the lengthy Orvam from their previous album, where the band indulged in a prog bacchanal that showcased the skills of each and every member of them. They reaped a warm applause which sealed a special show. I am absolutely convinced that when Need said goodnight to their fans, they were registered in the conscience of the best part of the attendants as a great band. 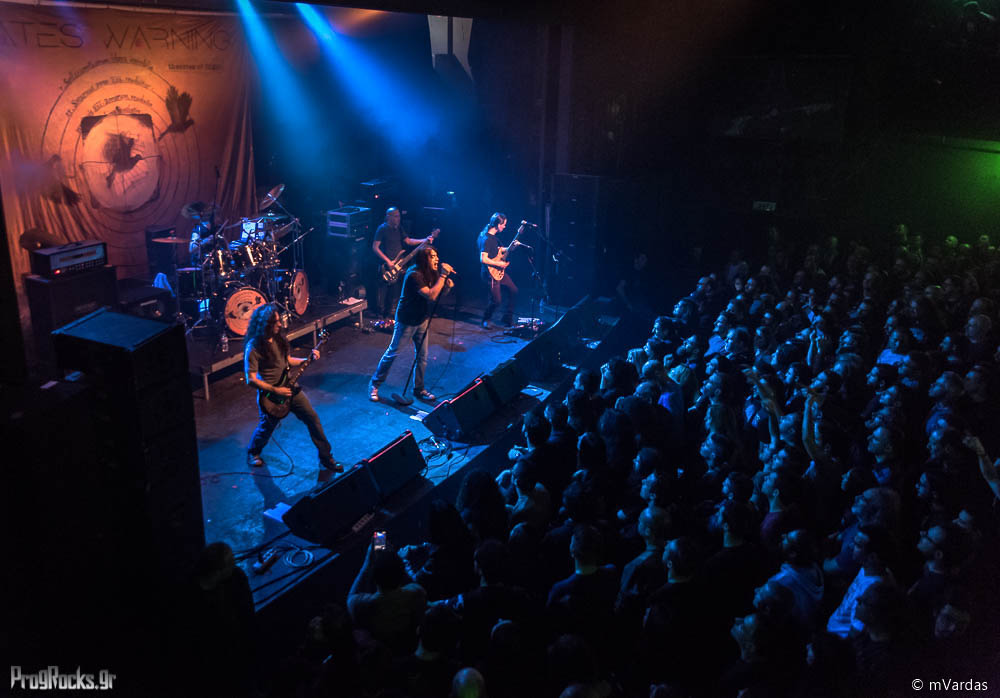 The stage was set to welcome main act, Fates Warning. While waiting for the necessary preparations to take place, the crowd seems to thicken even more which resulted in an almost palpable excitement of anticipation for the Americans. The band that for thirty years now is not a jot less influential to listeners who are related on the one hand to their music and on the other to their lyrics, was about to perform once again for the Greek audience, just like a necessary reunion that is mutually desirable with undiminished intensity every time. 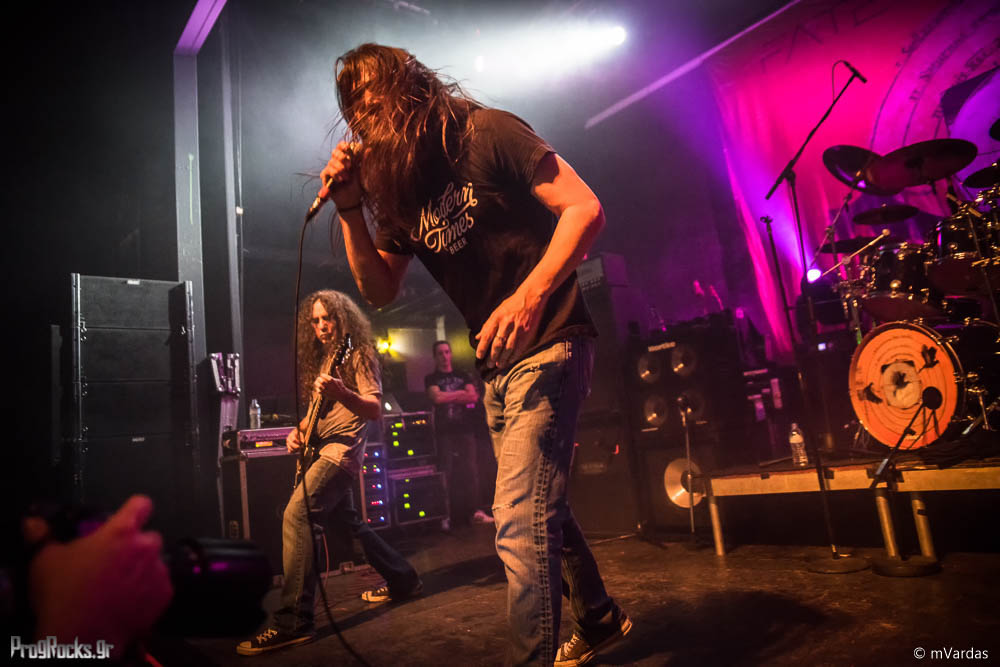 At 21:40 well-known faces set foot on the stage. From the Rooftops from the new album (which, naturally, would be in pride of place in the setlist) set the ball rolling. What came next was engaging, with the band delving into its past. Initially it was Life in still in Water which stirred the audience to sing in unison the refrain, then it was the mighty One that raised the mood while A Pleasant Shade Of Gray III bookended the first leg of the retrospection of the past, before the band unleashed new material again. The band honoured its recent past with two cuts from the latest album, Seven Stars and Τhe Light and Shade of Things (that testify the good form Fates Warning are in) One Thousand Fires and Firefly from the previous one and one from FWX, the already classic Handful of Doubt. 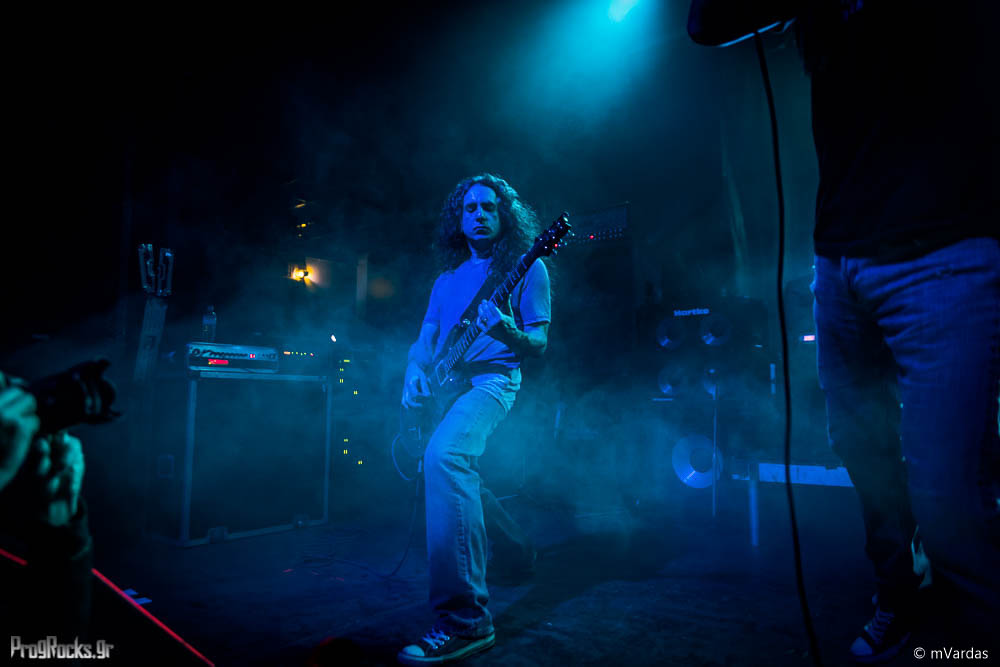 Things were off to a flying start. Alder’s voice was in top form, who seemed to be reborn and was also quite cheerful and grateful for the audience’s appreciation. Joey Vera was unbelievably spirited, he savoured every second of the gig and filled in Adler’s shoes when he was absent during the instrumental parts. Mike Abdow was consistent in his role, whereas Jarzombek with his undisputed skills was satisfying at the recent tunes but fell short of the older ones, compared to Zonder’s discreet playing, while he seemed to be somewhat distanced. Jim Matheos, immersed in his humility, seemed to lead the band with his experience. The black spot that made its appearance from the very first songs was the quality of sound, already noticeable during the performance of Need, but when Fates were on stage it became more evident. Quite muddy and at times chaotic, the sound troubled more or less the attendants, depending on the spot they stood. Undoubtedly, the performance of Fates outmaneuvered in many cases the adversities, but truth is the sound proved to be an insurmountable obstacle that undermined the band. 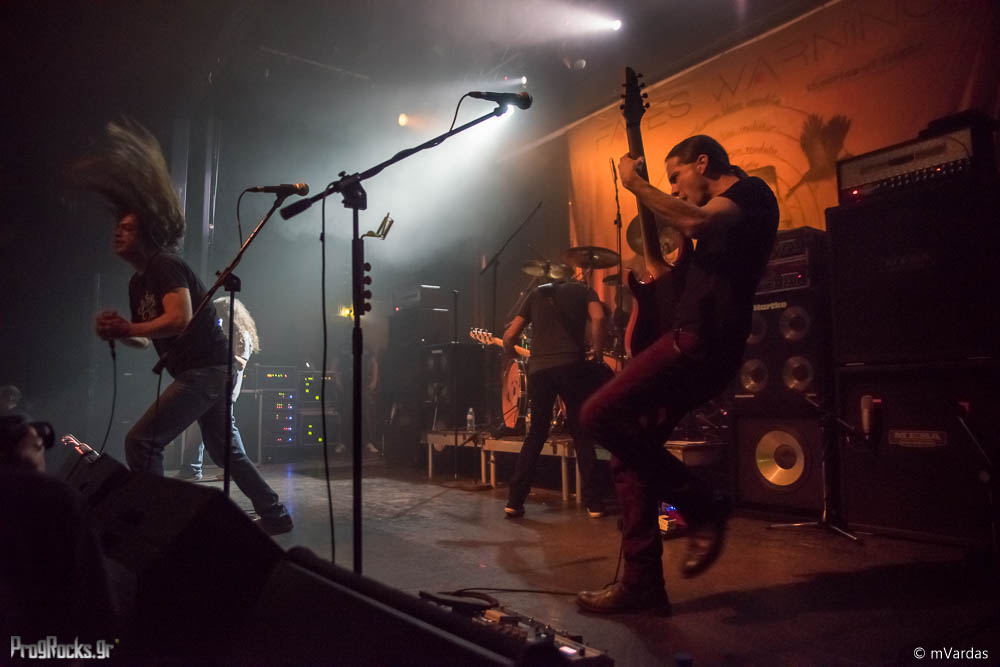 The uniqueness of Fates Warning lies in that, generally speaking, the gig went smoothly and the songs thrilled the fans till the end without losing their edge. Going back to the past for good, we had the opportunity to (re)listen to songs that marked an era. A Pleasant Shade Of Gray enlightened the venue and sent chills down our spine before Acquiescensce took over, which even though was hampered by the aforementioned problems, gave a history lesson for the progressive metal. What came next is a cherished moment for every fan of the band: Eleventh Hour, one of the best songs the group has ever written, a mystical experience that left no other choice to the audience than join in. Point of View, another one from Parallels, offered moments of bliss to the crowd that could not come to terms with the imminent finale. 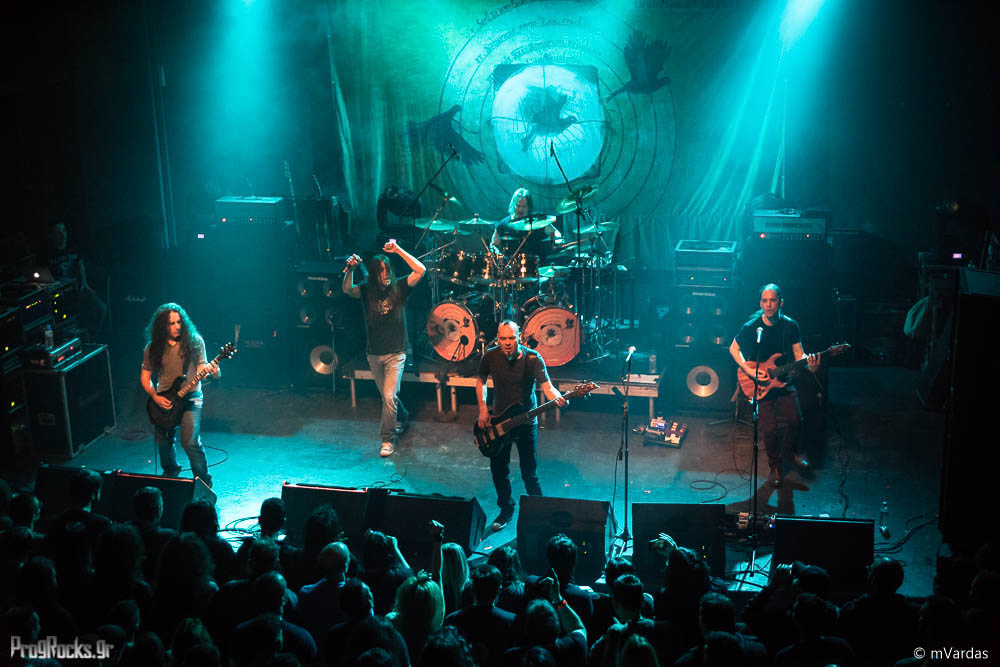 After a short absence from the stage, Fates came back for two more songs. The legendary Through Different Eyes (the song that converted me to their music) was on the lips of almost every punter. For the end it was Monument, which could sum up the night. Amidst applause the band walked out, permanently this time, leaving beautiful memories behind. 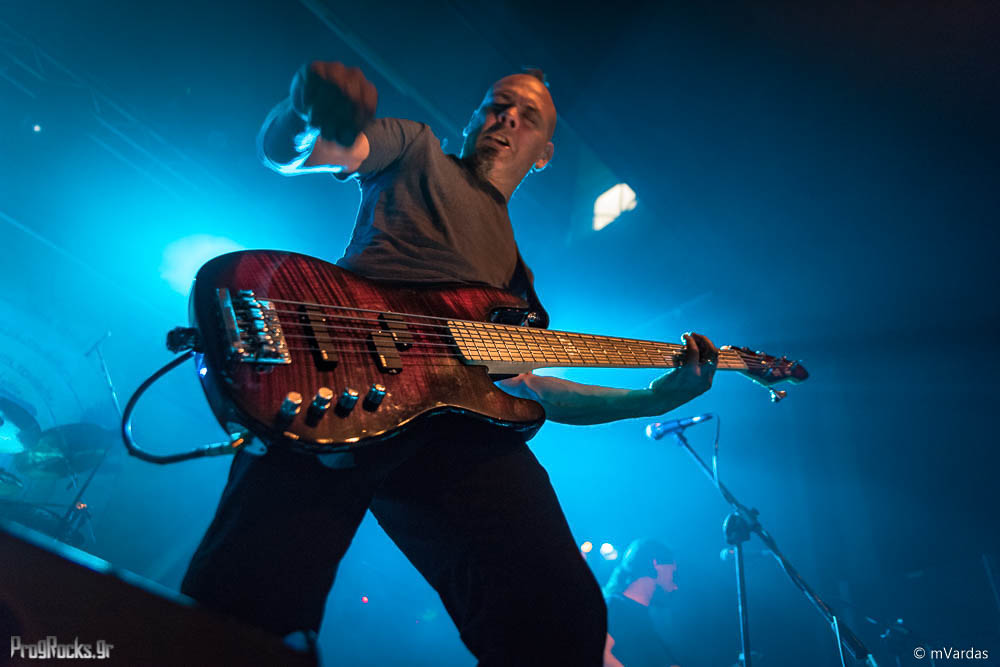 As I was leaving the venue, I was trying to figure out the reason why people like so much their songs after all this time (after a playful line of Adler, that himself posed the question to the audience). I hold the view that the relationship between Fates and their fans lies in the assumption that great artists give a liberating voice to agonies and burning questions of common people. The unmerciful passage of time, the agony before the fatal, the search for a meaning are a bunch of existential questions that Fates tried to approach and set to music. Their agony met the agony of the listener in an interdependent relationship which attempts to find the meaning of life. A relationship like this is bound never to fall apart as long as we remain humans in the waters of time. 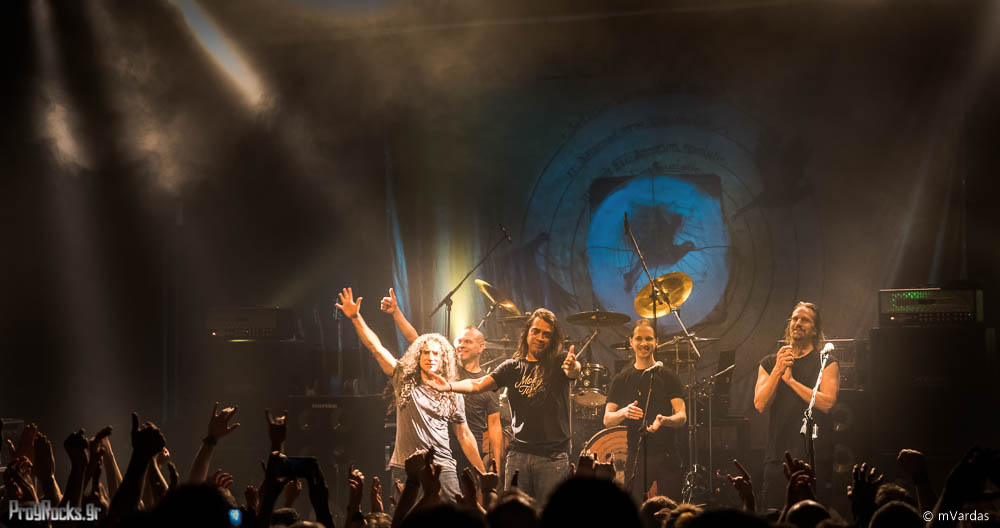 Need – ORVAM: A Song for Home

Fates Warning return to Europe to record a live album!