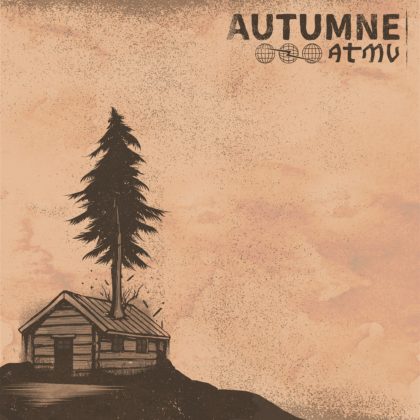 Kostas Sampanis is a composer and guitarist from Athens. Graduate of the Department of Music Studies of EKPA, with parallel studies on electric guitar, classical harmony, modern theory and jazz harmony at the Conservatory of Music Practice. He realized his love for progressive sound from a young age. He was influenced by many bands and artists, most notably Opeth and Porcupine Tree who played the most important role in his personal aesthetics and the way he perceives sound.

Autumne is his first record which includes 5 instrumental prog rock tracks that take the listener on a journey through very melodic, emotional paths, creating a deep nostalgia for specific times, places and people. Kostas’ compositions take us to the places where he grew up, to his first experiences, to the first music he ever heard. In figures of his loved ones, in his love and respect for nature, where he was born and the desire to engage in music.

A gem out of nowhere

Can human life, with its endless emotional alternations, its complex phases which we conventionally call birth, adulthood, separation, death, etc., its various aesthetic nuances and its numerous interactions with other persons and situations, be transformed into sound and condensed in about 15 minutes of music?

Kostas Sampanis in his debut EP with the indicative title Autumne confirms that the answer is “yes”, a real achievement, as here we have five instrumental compositions full of lyricism, full of nostalgia, but always redemptive, always human. The compositional structure and the sound remind us of Porcupine Tree and Steven Wison’s solo albums (in his prime), Opeth and Mikael Åkerfeldt, but also other well-known musicians, such as Joe Satriani and Nick Johnston, perhaps Guthrie Govan among others. The production is really flawless and the compositions are very rich and thoroughly worked for a debut. And what a debut…

The EP opens with the melancholic acoustic chords of Remembering You, a composition that draws you into the inner vortex of emotions, the pain that memory brings, but always through sweet, pleasant passages. You can almost hear the fingers sliding on the frets, which offers an almost dreamy dimension. Each track and each title have an organic role I dare say, like an sonic rite of passage with which we all connect as humans.

Heartbeat Away continues the atmospheric journey, dripping lyricism with each chord change. The guitar melodies are beautiful and in the background Stelios Frangous’ piano is discreetly charming , before the composition culminates with an exquisite solo by Sampanis.

My favorite composition, Birth, starts acoustically before continuing serenely with a basic guitar melody which is highlighted and supported by the solid rhythm section (George Pouliasis on drums and Elias Karkavelias on bass) and Frangous’ piano. There are some tremendous moments here, such as the excellent lyrical guitar improvisation at the climax of the song, which uniquely ties in with the exceptional (progressive) rhythm changes that take place in the background of the music canvas and ends in guitar unisons, showing a momentarily aggressive side, before closing with a single melancholic chord on the piano. If we could musically describe the coming of a consciousness into this vain world, i.e. birth, that is how we would do it.

Before the end the lights go out, the band leaves and for a beautiful minute the piano bids us farewell. Farewell. A small masterpiece “out of nowhere” that catalyzes time conventions in a music release. The star of Kostas Sampanis shines here with incredibly delicate melodies, and exquisitely elegant improvisations. Anyone who wants to see how one can tell a story in a lyrical way in just a few minutes and sound like a full0length album, he/she listen to Autumne. I promise it will reward you.

Five tracks in a non-random order that compose an album full of emotions and nostalgia from the very first note. The memories begin with an acoustic piece that strongly reminded me of Dryad of the Woods by Pain of Salvation. A diffuse melancholy that also continues in the next track. A Heartbeat Away, featuring piano in the background, bass and electric guitar on the with crystal clear sound, harmonious melodies to lift our spirits with Birth that follows and the promising Until We Meet Again. This is an album with a strong Porcupine Tree and Steven Wilson reference in his deepest emotional phase, such as Raven That Refused to Sing (and Other Stories), also influenced by Mikael Åkerfeldt’s guitar style. This EP is an ideal background music for the typical “cinematic” days drinking coffee when it rains. Or maybe even for the quarantine days when we get melancholic and remember our purposeless walks on the beach. The album closes with a Farewell as moving as the first track. I look forward to listening to it again, and I think you will like it too.