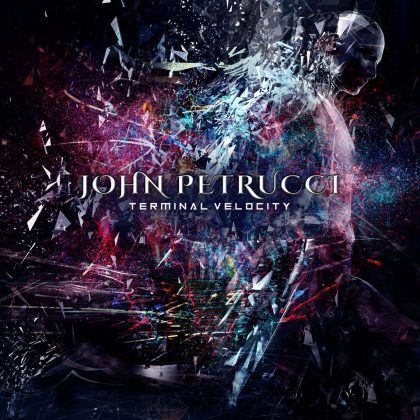 The announcement of the release of John Petrucci’s Terminal Velocity, 15 whole years after Suspended Animation, the great guitarist’s first solo album, aroused the interest of the prog community internationally, mainly due to the participation of Mike Portnoy, who collaborates again with his old friend after a decade.

The rumors of Portnoy’s possible return to Dream Theater were logical to some extent, but they distracted the audience from the content of Terminal Velocity, while it is an album that Petrucci really needed to release and his ideas prove it, as does the work of Portnoy on drums and Dave LaRue on bass.

Dream Theater guitarist John Petrucci just released Terminal Velocity, his first solo album in 15 years. Petrucci’s priority has always been his band, that’s clear, but in 2005 he surprised his fans and the music world with his excellent solo debut Suspended Animation which was in many ways very different from everything he did with Theater, where he was able to express his ideas and emotions without any pressure. Many things have changed since then, but he is still one of the best guitarists of this generation, with a very personal and peculiar style, where technique and speed are combined with passion, and great melodies are his trademark. This new album is the perfect proof of that.

There’s a lot of variety in this album. There are some songs which are very much in the style of Dream Theater, especially because of the riffs. There are many parts where the guitar melody seems to tell you a story, and some songs have a strong nostalgic 80s and early 90s vibe. For example The Way Things Fall could had been placed in every Rush album from that era. Out of the Blue would be ideal to start an encore in a concert with the participation of the public after the corona madness. It’s a slow and wonderful blues composition, a very atypical cut in John’s material and therefore it is tremendously attractive. It is clear that this album was eagerly anticipated also due to the participation of Mike Portnoy. The drums are completely composed by John, but Portnoy has evidently done what he wanted, leaving a brilliant result in the end. It’s nice to hear these guys collaborate again, they still have a fantastic synergy. John Petrucci has often been accused of being technically superb but lacking soul in his music, but the songs on Terminal Velocity really have a deep feeling and an inner beauty that enchants the soul. The production is crystal clear, and Andy Sneap did an amazing job with the mixing and mastering. The only small minus on the album is the absence of keyboards, especially because the Petrucci / Rudess duels and their harmonizing were the things I like the most on the latest Dream Theater albums.

Overall, I felt this album is incredibly enjoyable, since every song is an excellent display of guitar virtuosity without falling into boringness. What I like most about it is that each time I listen to it, I discover new musical tricks and I have the same satisfaction that I had the first time. If I had to choose my favorite song it would probably be Gemini, because of its highly progressive content, with many variations and half a minute of flamenco metal that makes it even greater.

In Terminal Velocity you can enjoy a fantastic guitar album, an album that maintains a high level at all times, and probably the most important thing is that this album has very positive attitude, shining like a lighthouse especially in these dark and troubled times, when all we need is something powerful, comforting, and healing.

When I heard the news about John Petrucci’s upcoming solo album my expectations were really low, concerning Dream Theater’s latest studio efforts which were rather mediocre.

I was caught by surprise when I came in touch with the material. Although technique for the sake of it can be found here and there, the vast majority of the material is very song-oriented given the fact we have to do with a instrumental guitar driven album. One can notice that Petrucci tries a bit to play outside of his comfort zone.

Except the obvious comparisons with Dream Theater and Liquid Tension Experiment, I find some similarities with Kiko Loureiro’s first solo albums and some Govan / Johnston moments in Out of the Blue are more than welcome to my ears. Although it is not a game changer and there are not many songs to blow you away, it is a very solid release with great playing and a lot of freshness.