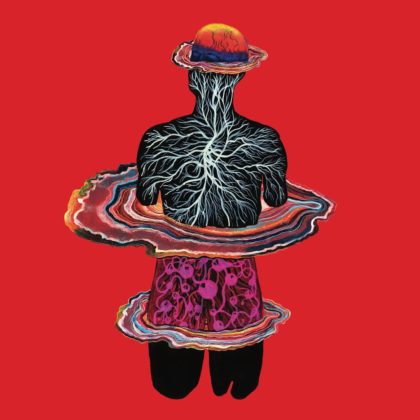 The Canadian band Intervals is the musical vehicle of guitarist Aaron Marshall and Circadian is their fourth full-length release to date. They have always been important in the field of modern guitar metal, because Marshall is an amazing musician, but now they have gained recognition as a band because they have released two consecutive very good records. But do they continue from where they left us with the very good The Way Forward? This question-wish usually creates extra weight in non one-man bands, but this is not the case here. The album is a release of the guitarist’s musical beauty and what we seek is pleasant and good music, and not whether it matches their discography or not.

When I first heard Intervals on A Voice Within, I thought they would evolve into one of the biggest names in modern prog metal, but I was wrong as the band turned to guitar metal with prog touches from their next album, The Shape of Color. The same goes for Circadian, which has no vocals, the structure of the tracks revolves around guitar leads and solos and the rhythm section is more limited. It sounds like it was recorded on a PC and then Nathan Bulla (drums) and Jacob Umansky (bass) were asked to add their parts. This doesn’t mean that the rhythm section is not incredible technically and sonically. It’s just the feeling of band and different ideas that came together is missing. This is the main difference between the modern guitar scene and that of the 80s.

However, Aaron Marshall is a real guitar hero, at the same level with Plini and Tosin Abasi, and that alone is enough to keep a listener throughout Circadian. The djenty rhythm guitars blend nicely with modern licks and technical solos maintaining the classic recipe of Intervals. Nevertheless, the record is a bit different compared to the previous ones, since the prog mood is reduced and it’s more based on easy play, e.g. Vantablack and Signal Hill. I think that this makes it difficult to listen to the record over and over again. Another difference in Circadian is the guests, since Jockua De La Victoria and Marco Sfogli play solos in Lock & Key and String Theory, respectively. And my God, what great solos! Besides, D.O.S.E. is adorned with Saxl Rose’s saxophone, which gives something more to a somewhat pop song and is one of the best moments on the album. Another piece that stands out is Luna[r]tic, which is adventurous (always within the limits of Intervals) with jazzy drums, wonderful melody, and a Caligula’s Horse mood. Very nice.

In his fourth album, Marshall presents a more superficial version of himself, which, does not suit him very much. His great asset is his amazing technique and the special melodies that this technique allows him to play. But by playing more direct music, he automatically loses the different thing that you expect from him. Due to the fact that Circadian lacks in “adventure” (or progressiveness if you prefer), I think it is addressed to a very limited audience, i.e. guitar lovers, and this underestimates Intervals, because they have shown that they can escape the narrow confines of guitar music. In my opinion it’s not a throwback, but it does not stand on the same level as the rest of their discography.

Intervals have gone from solo project to full-fledged band and back to solo project again. Aaron Marshall has been the driving force of Intervals with some members being “hired” to record drums and bass in the studio. Circadian is very much a guitarists’ album with the now signature heavy grooves and Vai-esque guitar leads. What stands out more than usual in this effort is the essence of positive energy emanating from the grooves. There are definitely the more aggressive moments here (Vantablack is possibly the heaviest Intervals song). However, there are many moments of reflection and calmness in the chaos.  More often than not these guitar oriented albums get quite egocentric and have more in terms of show than substance. Thankfully, the songwriting here is stellar with many memorable melodies and enough space for air between the grooves. The length of the album also works in its favor as in 35 minutes there isn’t enough time for things to get too repetitive or tiring. The album opener 5-HTP is a good example of the positivity that exists in the tracks, while D.O.S.E has a nice balance of groove and melody with a nice saxophone addition by Saxl Rose (I’m not making the name up). A little bit more creativity in the rhythm section would have brought this album even higher, but there is definitely something here for the prog metal fan and the guitar enthusiast.