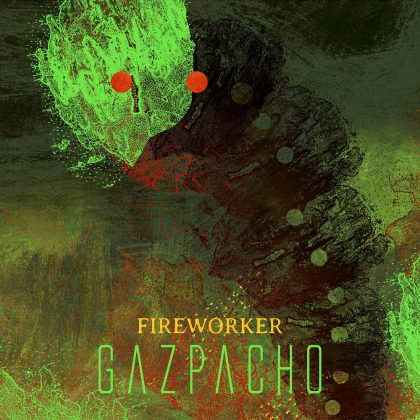 The Norwegians Gazpacho have managed to be liked – if not loved – by the public with their discographic consistency in the field of prog rock. With stellar albums such as Tick Tock (2009) and Night (2007) mainly, but also Missa Atropos (2010) and March of Ghosts (2012), they reached their own peaks.

The rest of their albums are quite good, without however deviating significantly from the sound that they themselves built. Their eleventh album was released this year titled Fireworker.

Trapped by their own Fireworker (?)

Gazpacho chose to open the album with the twenty-minute epic Space Cowboy. From the beginning, the crystalline production really stands out, allowing every note and every word uttered by Jan Henrik Ohme’s tremendous nasal voice to be heard very clearly. It is a melancholic composition with the vocals and the keys having the leading role, and the few guitar outbursts being the exception to the beautiful monotony. During the song, the choral parts play a dual role, on the one hand giving some intensity to the composition, and on the other hand serving the lyrical concept of the album.

Roughly, because I understand that the lyrical background is very deep, ‘Fireworker’ refers to this process of the mind (in the form of an infallible and omniscient creature) that makes us make decisions, and will silence the parts of our mind that feel disgust or remorse so that we’re unable to stop it. Well, the choir is the ’Fireworker’ who warns and threatens people not to approach this “black box” mechanism.

Hourglass and Antique are distinguished by the well-known emotional aesthetics of the band with the violin beautifully coloring the two compositions. These compositions acquire a special dimension when heard in the dark with headphones in the intermediate state between sleep and wakefulness, something that applies to the album as a whole.

The title track stands alone in relation to the rest of the album as its most extroverted moment. The use of the mandolin gives an ethnic twist. I wish there were more uplifting moments like this in the flow of the album. Personally, I consider it the best composition here, which however makes me wonder how much better Fireworker would be if there were more such moments.

The album closes with the fifteen minute Sapien, a song in a style similar to the opener, Space Cowboy, but certainly not as good.

Although Fireworker is built on the amazing keys of Thomas Alexander Andersen, all the sound components support Ohme’s vocal melodies. Apart from the title track, there are few great moments, the long pieces seem like splices of smaller songs, which are longer than they should. The paradox, however, is that all this is given in a flawless and convincing way that makes it impossible for anyone to dislike the album. Besides, we have been talking about their best work for years. I have the feeling that when they find their own ‘Fireworker‘ that affects the direction of their sound, then they may go beyond the limits that they themselves have imperceptibly set and present us with a great masterpiece.

Gazpacho deciced to throw us in the deep end from the start of their new album, Fireworker. In the span of one 20-minute song, Gazpacho managed to quench our thirst with elements that were missing in their previous (2 or maybe 3) releases. They have always delved in to the atmospheric and emotional side of things, but many times they lacked nerve. The melodies were there, but without substance. But not this time. Robert Johansen is doing an excellent job providing that nerve while the piano, the violin, and Ohme’s vocals are weaving a riveting track like Space Cowboy. The addition of a choir is a pleasant surprise that adds another element in this quite multifaceted track, one of the best songs the band has written in the last years. The 15-minute Sapien closes the album and it’s a weird mix of the melody present in Demon, and the rhythm of Tick Tock with a great guitar solo in the midpoint by Jon Vilbo. The tracks between the two epics are more or less standard Gazpacho tracks. The aesthetic and ease the band has to create familiar soundscapes is enviable. If you had given up on the band with the earlier (stellar but not as much) releases, then this is the time to get back to Gazpacho.