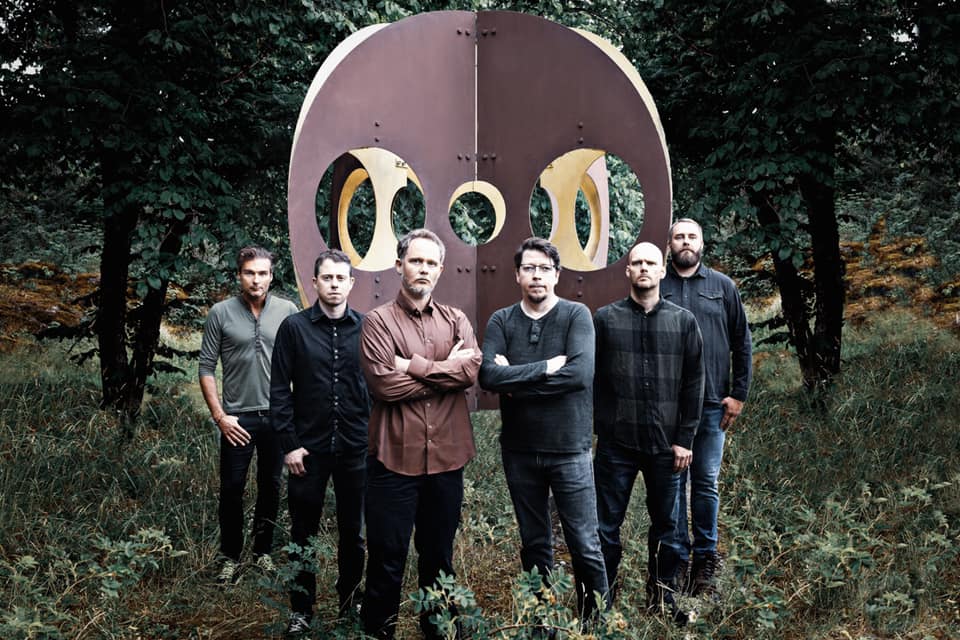 Gazpacho have released a new single Clockwork from the band’s upcoming new album Fireworker, which will be released through Kscope on September 18.

Keyboard player Thomas Anderson explains: “[It’s] a trip into the mind to uncover the animal that, the main character believes, lives there and how much of him it really controls. As the main character of the song ventures deeper and starts sensing that the animal is near, his consciousness tries to warn him that there are some things better left alone and communicates this through a dream. The new single doesn’t feature on Fireworker in this form; it is part of the album’s opening track Space Cowboy. Fireworker, like most Gazpacho releases, is a conceptual affair, dealing with the idea that humanity has always been controlled by an infallible and omniscient creature determined to propagate at any cost. A such, it’s the culmination of the themes and techniques that’ve decorated earlier collections, combining the fatalistic isolation of Night and Missa Atropos; the ill-fated narrative drama of Tick Tock and Soyuz; and the hefty theological/scientific contemplations of Demon and Molok. There’s an instinctual part of you that lives inside your mind, separate from your consciousness. I call it the Fireworker or the Lizard or the Space Cowboy. It’s an eternal and unbroken lifeforce that’s survived every generation, with a new version in each of us. It’s evolved alongside our consciousness, and it can override us and control all of our actions. In order to get us to do what it wants, he clarifies, the Fireworker will silence the parts of our mind that feel disgust or remorse so that we’re unable to stop it.”