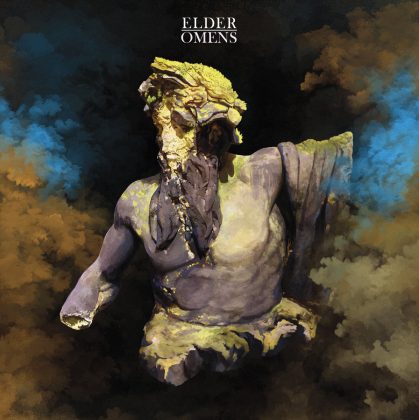 Elder is probably the brightest exception to the stoner metal / rock scene. In order not to restrict and wrong them, Elder did not exhaust their musical limits within the stoner genre. If we exclude the interesting experimental EP The Gold & Silver Sessions, they are categorized as doom / heavy rock / stoner with sludgy coating and progressive perception, since Dead Roots Stirring, their second album. This apparent tendency to differentiate had attracted the interest of a particular audience, which perceived stoner as graphic and devoid of modern rock expression. The multi-styled compositions ranked them far from the simplistic norms of stoner rock. The personality of the huge music lover and band leader Nicholas DiSalvo was the one that removed his band from becoming just another stoner band. This resulted in three albums worthy of in-depth listens, culminating in Reflections of a Floating World, an album that was widely acclaimed by audience and critics alike.

When high expectations have the opposite effect

The prophecies of Nostradamus are a first-class opportunity for artists and musicians to discover the hidden conspirator within themselves, in order to converse with him and to deal with issues related to the present. Although Omens, the fifth album of the Americans, was released in the middle of a global lockdown, we assume that the band did not have such intentions, since the recordings lasted a long time and started months before the slightest suspicion of a global pandemic.

Elder’s new venture was demanding in advance. The great songwriting in Reflections of a Floating World had set the bar even higher, prompting DiSalvo to reshape the band’s lineup. As a result, it turns out that this decision has indeed contributed to the renewal and the prog ambition of a different sound direction. For the first time in their career, Elder are re-introduced as a quartet, since along with regular members Nicholas DiSalvo (guitars, vocals, keyboards) and Jack Donovan (bass), another guitarist (Michael Risberg) has been added with Georg Edert replacing co-founder Matt Couto on drums. The presence of the Italian guest keyboardist Fabio Cuomo, a well-known musician in the wider contemporary music scene, is also considered particularly beneficial.

The album consists of five long compositions, a condition established by DiSalvo. Omens, however, in terms of quality, does not continue from where its predecessor had stopped. This is Elder’s most progressive album, in terms of mentality, technical and compositional sophistication. It’s the structure of the songs as well as the very intelligent breaks which highlight the technical prowess of the musicians. It’s the 70s sound in the keys, as heard in the proggy intro of the title track, in the middle of which the most hallucinatory and interesting moment of the album emerges, as also in the equally imaginative keyboard interventions in In Procession. They also had keyboards before, but here they are more diffused, perhaps because of the sound of Cuomo’s playing.

In Halkyon, they are embarking on an efficient jamming until DiSalvo’s vocals are introduced and the final result is altered. This is the Achilles’ heel of the album. DiSalvo’s vocals are leniently weak and do not support the new, more enriched style of the band. Their purely instrumental side is very interesting, but it stumbles on the weakness of the vocals. In the last two tracks, while musically there is this adventurous expansion and executive precision, the combination of voice and weaker songwriting, in contrast to the inspiration that pervaded the first three compositions, spoils the overall picture much more.

In short, if the vocals were absent and the band had found an exclusively suitable field of expression through its music, the result would be different. If Elder remain faithful to the prog direction, dedicate themselves to essential improvisation and not just to a combination of ideas, as in the last two tracks, they will succeed.

Elder from Boston continue from where they left us in their previous two works, i.e. very high quality material with long but not very complex compositions. The difference here is located in three axes. The first change is in the vocal placement of Nick DiSalvo which now sounds more mature and improved. The second is the full membership of Mike Risberg on guitar and keys leading to the third and main change, the keys which now play a very important role in the compositions, both in coloring with celestial 70s melodies and in building and developing songs. The Black Sabbath-jams-with-Tim Blake (Gong) aesthetics, the dominant 70s mood on the keyboards, the guitar fuzz and the influences from Motorpsycho of the last decade are now well-grafted in Elder and the recipe is successful. The excellent production and the balanced mix flatter the material, while the melodies, although simple, seem to have been worked in depth. The 70s element is now prevalent, while the long durations may be an obstacle for some, but the compositions themselves compensate to the fullest. I think with their three latest studio records, Elder will be remembered in the future as at least a remarkable band.

Elder – Reflections of a Floating World