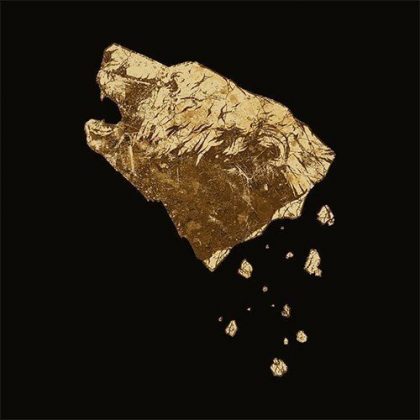 Crippled Black Phoenix are particularly famous and popular in our country, since right from the start they distinguished themselves with their unique sound. The troubles that plagued the band finally came to an end and the band strikes back with a new line-up and a new release. The band consists now, aside from guitarist / back-up vocalist / bassist (studio) / drummer(studio) Justin Greaves, Daniel Änghede (guitar and vocals), Mark Furnevall (synthesizer, keyboards, organ and back-up vocals), Daisy Chapman (piano, keyboards, vocals), Ben Wilsker (live drummer), Tom Greenway (bass), Jonas Stålhammar (guitar and back-up vocals) and Belinda Kordic (vocals). After White Light Generator came Bronze which is recently out. Justin and co. are on their way for the promotion of the new album in the context of “No fun” tour and with due to live appearances in Athens and Thessaloniki we had the chance to talk with J. Greaves himself to give us the lowdown on anything that has to do with the band (click).

Listening to Bronze for the first time is something that won’t raise the ante. A somewhat heavy sentimental atmosphere and even heavier -almost metal- riffs, are ingredients of the band’s new direction, shaking off the Floyd-ish “curse” the group carried on its back for a (long) time now. If we had to name a Crippled Black Phoenix’s trademark, that would be how effortlessly they cross over between selective sounds and templates, creating a very distinctive musical style. That is why the expectations are raised in this case, too.

During the second listen, after the epic, heavy atmosphere of the opening Dead Imperial Bastard come Deviant Burials and No Fun, in my opinion the album’s top songs. By means of heavy guitars turns in the vein of Black Sabbath, the band conveys us pulse and rhythm. The keyboards draw landscapes on the guitars, the percussion are in full-force, plus a good dose of melancholy, all of the above team up to synthesize the main features of this band that we are taken to. The mood is relaxed, but there come the magnificent solos that increase the tension. The nine-minute Champions of Disturbance Pt. 1 & 2 follows and the sound spreads here and everybody speeds up and increases the tension, setting the stage for the records most prog composition, a sublime one, redolent of all the good components we love from this band: screaming guitars and the necessary sound effects, coupled with strange vocals and discreet keyboards.

Going past the following songs we stumble upon the next and also the last superb song of the album, Scared and Alone. Belinda Kordic, known to Justin from the collaboration they had at the Se Delan, is on the vocals. The relaxed mood and bluesy feel of this trippy song transfixes the listener. It also throws into sharp relief the discrepancies in the singers’ performance, which poses a question about the new singer, I do believe.

Bronze has good and bad moments. The total running time of this release is quite long and consequently the record is due to falter at some points. The issue of the vocals should be reconsidered. The expectations of a beloved band are high. The Cripple Black Phoenix vehicle is on a turn, and they step on it to remain on course. They strive to live up to the standards they set right from the start. To a great extend, they have succeeded. Undoubtedly they still carry the mark of the live band, which is the reason why we love them so much. But Bronze is not gold.

Bronze has all these elements that someone would expect a Crippled Black Phoenix release to have, consequently their fans won’t be surprised, instead they will sense the familiarity of its sound. Yet the positive thing is that the album is more mature, composition-wise, in comparison to their previous releases, in addition to the new members that joined successfully. Right from the start the record grabs the listener, who is unable to press the stop button. Songs like Deviant Burials, Champions of Disturbance Pt 1 & 2 and We Are The Darkeners prove that Crippled Black Phoenix can deliver the best! Without any doubt, the most quality studio album they ever cut.