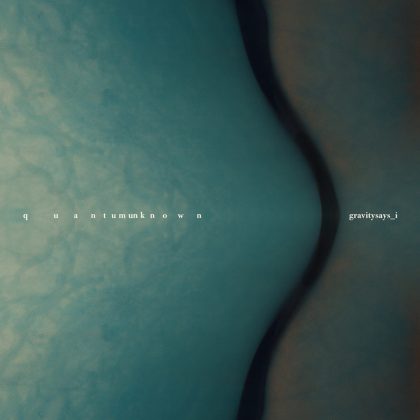 Gravitysays_i is a sextet from Piraeus and it is the brainchild of Manos Paterakis (vocals, guitar, dulcimer) and Nick Renzos (drums, keyboards), which debuted in 2007 with the concept album The Roughest Sea where the group’s progressive inclination blended with more commercial, almost pop, moments and with the addition of traditional instruments, they created a unique and interesting sound. They came back to the forth four years later with the album The Figures Of Enormous Grey And The Patterns Of Fraud which signified a different musical direction, where the purely electric moments were mixed with more atmospheric ones, while flaunting at the same time their Mediterranean-eastern influences.

The third album of Gravitysays_i certifies the crystallization of the already demonstrated traditional / Mediterranean influences and, on the other hand, showcases the band’s ambition for watering down their electric and heavy moments. Simultaneously, the progressive element is ever present but in the way that the band perceives it, that is, atmospheric and artistic as it gets. Prog, after all, regardless if it is enveloped in rock or metal coating, conveys its musical singularity to whom it may concern. There is no standard approach which based upon that, we can come to the conclusion that a certain band is prog or not. Especially in the past, the complex compositions combined with the impeccable technical skills of the musicians, were enough to lead, mistakenly, to the conclusion that a band delivers progressive music (a mentality that reigned ad nauseam during 90’s, most notably among the critics and the genre’s partisans – fortunately in the current decade this very “necessity” is on the wane). On the contrary, Gravitysays_i, an indeed technical band minus the disposition to flaunt gratuitous bits, deliver a well-imagined 40-minute soundtrack mosaic of contradictory sounds and influences. The usage of wind and traditional instruments (dulcimer, trumpets) combined with the imposing arrangements, extol the dominating but simultaneously misty “Mediterranean” atmosphere and the evident feeling of nostalgia. Simultaneously, the Floyd-ish benchmarks along with their references to the later Dead Can Dance (Paterakis’ voice is very similar to Brendan Perry’s) the hints to the mid 70’s via King Crimson and The Alan Parsons Project, the most recent Riverside version, the mid and hither Porcupine Tree phase, the neo-modern prog trends, Tiamat of A Deeper Kind of Slumber, all of them result into an impressive work, ranking this very release as one of the finest of the Greek rock scene in the current year. Moreover, the human-centered lyrics deal with social and personal concerns, escalating the existing melancholy, without winding up to martyr’s or dark paths, instead hope glimmers and awaits.

To recapitulate briefly, it is an extraordinary release, one of the most innovative and diverse prog ones in toto in the current year. The group strikes out progressively with regard to its sound, certifying on the one hand the progressive mentality that evidently bears, on the other hand revealing its musical proposition, which is appealing and convincing. It is recommended not only to the adventurous listeners and die-hard prog collectors, but also to a wider audience that longs to spot groups with diverse and unique sound. In Gravitysays_i all of the above prerequisites are met to make the blip into the radar of this wider audience and reveal their musical elegy.

Almost five years later after their demanding second album, Gravitysays_i strike back splitting this time the record’s running time into six pieces. Post-rock is the basis of their sound, enriched with progressive, alternative but also a few electronic touches, while their more traditional or even “Hadjidakian” side is more homogenously and discreetly adapted to their style. Extra attention should be paid to the details of the compositions, the dynamics and the arrangements, while still the few more psychedelic moments seem to be carefully taken care of. The flow of this work is flawless, whereas the only knock that someone could have are the vocals, which are not detrimental to the whole project, yet if slightly improved could take it off. In a few words, Gravitysays_i gave us an album that appeals to all the fans of quality art-rock and to those who listen to music looking past the genre labels.