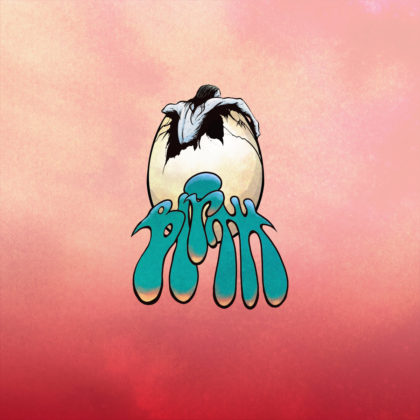 Birth was formed by Brian Ellis (Astra, Psicomagia, Free Festival). Conor Riley (keyboards, acoustic guitar, vocals) is also a member of Astra, while Trevor Mast (bass) and Paul Marrone (drums, guest) had participated in the line-up of Psicomagia’s sole album till this day. Birth’s self-tilted EP consists of three tracks and functions in essence as their first demo recording. They themselves describe their music as vibrant progressive rock, cinematically pompous, with psychedelic intensity. The question that arises is whether this new effort will be able to act as a counterweight to the absence of the great Astra from discography since 2012.

The truth is that the first sample of Birth immediately brings to mind Astra, without though sounding as a direct continuation of The Black Chord. A similarity is that here too everything has that wonderful vintage air, maybe too much. Probably the weak production (it’s a demo in essence, the band has recently signed to Bad Omen Records) played a role in that.

Of course, the band’s choice to be inspired directly from the 70s without using intermediate stations of influence, takes the listener on a journey to the best sounds of that time. Their progressive rock, if it does not completely reject the symphonic sound, avoids the polished versions of the genre. The space and psychedelic air – as they themselves state – run through all the compositions, culminating in Cosmic Wind – an accurate description by the way. Besides, the three tracks (especially the opener, Descending Us) are quite heavy, and that originates initially through their own sound, but mainly due to the musicians’ willingness to play intensely.

A great asset of Birth is the convincing narrative with which their pieces flow. The playing, as mentioned above, is very intense and is not based on the given technical perfection of the musicians, but more on their passion. This is a key element that sets the EP apart from the numerous “sterile” releases in the modern progressive rock scene. Special mention should be made of Ellis’ lead guitar playing that sounds as if it came from bands like Frumpy. The aforementioned narrative also stems from the vocals, since although Riley is not the definition of a great singer, he has written some excellent vocal melodies.

From the first demo recordings, Birth show that they are capable of great things. The talent of the musicians is non-negotiable. Hence, we as listeners can only wait for them to fully present their vision to us, under a more professional production.

For vintage prog lovers, especially for fans of Astra and  Psicomagia, this work came as a big surprise. The guys continue the path carved on the first two Astra albums. The 70s psych/prog direction and orientation are pretty obvious since the first tones of  Descending Us. Thick guitars are colliding with decent licks and patterns, an incredible amount of Mellotron waves, and it’s all enhanced by the very charismatic vocals of Conor Riley. This band knows what it is doing, working with contrasts, textures, and varying moods fluidly. Their unique harmonious style combined with a full-on devotion to rhythmic transcendence will not only leave you impressed but yearning for more after listening to twenty-two minutes of music presented on this EP. You could say that it’s a mix of Pink Floyd, King Crimson, and Yes maybe, but it’s not just that. Birth try to find bits of the classics that worked, and then incorporate them into their  music. There is a lot of potential and plenty of interesting ideas and I am looking forward to their next step.