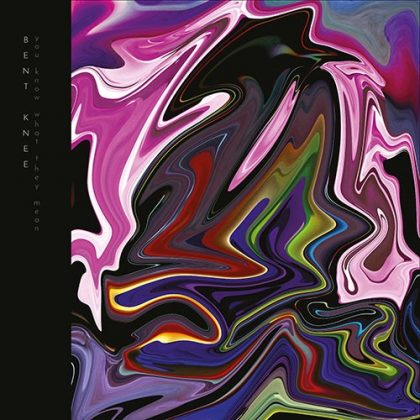 Bent Knee have made their mark during the decade that ends in a couple of months, greatly contributing in the reinstatement of art-rock  in the music scene. This started with their second album Shiny Eyed Babies (2014) and even more with Say So (2016) which was the main reason they earned a contract with InsideOut, even though their sound greatly differs from any other band in the band list of the big prog company. Land Animal (2017) was shinier in regard to promotion, but musically the ensemble from Boston didn’t change anything from their initial artistic aim. This year’s You Know What They Mean finds them in a period of maturity and it’s quite interesting mainly due to the adorable unconventional character of the band that is seamlessly formed without looking for any extrinsic elements.

If that’s not progressive, then what is?

Even though we’re used to bands formed by students of famous music universities to be trapped in their unparalleled technical abilities, Bent Knee prove us wrong again and again with each release. You Know What They Mean is a step beyond, both artistically and commercially, without being long-winded and mainly by the great variations through which the group approaches music. Their new album, retains that great variation in influences and is mainly led by an ambitious plan, that might in the end have as a result an album that is appealing to different audiences. However, after the end of the album, this makes me wonder: to whom is exactly the music of Bent Knee aimed for?

Having the superweapon called Coutney Swain in their ranks, Bent Knee could have followed the easy way of a vocal centered art-rock bubble. Despite that, they try to combine rock and pop under an excellent artistic (we could called prog) prism that in the end it is everything but familiar. If we want to describe the effort with one song, then Catch Light would be an easy choice, since it has the perfect ratios of the elements of their new course. From the trip-hop rhythm and the soul vocal melodies to the garage guitars, Bent Knee manage almost perfectly to combine very different styles, creating something fresh and sometimes easy listening.

Of course, the more sentimentally charged moments are not missing, with Golden Hour being built in an ambient base and slowly climaxing in an indie thing of beauty that many known bands would be jealous of (it really reminded me of the sound of The Gathering in the formidable Souvenirs). Egg Replacer is where they actually excel in originality and musicality. What would you think if you heard a version of the Melvins with Kate Bush behind the mic? Because that’s the only thing I can think of when I listen to this composition. If that’s not progressive my friends, then what is?

What had positively surprised us on Land Animal is confirmed in this album: Bent Knee will not sacrifice their personal style for anything. Their fifth album is a logical continuation of the previous ones, however it finds us totally unprepared. The mix of art-rock, indie, progressive and experimental music this time has a very raw heavy (almost punk) coating that intensifies the chaos and gives depth instead of making the whole thing sound tighter and more concrete. Ergo, the songs are edgier, without losing anything from the abundance of the folky melodies in the vocal lines. The star of course is Courtney Swain, that once more is amazing with her multifaceted singing talent, proving once more that her limitless voice is one of the most amazing ones at least in the rock scene. Their daring sound and the intensely personal style of Bent Knee is enough to make them one of the most interesting bands globally. If they kick it up a notch in their compositions, they will go beyond any limits.