In spite of the the general bloom of progressive rock and almost all of its subgenres, there have been only few exceptional releases in the traditional symphonic prog and neo-prog field in recent years, despite the large number of releases. This year’s Detachment by Barock Project from Italy is more than a mere exception to the above rule (our reviews here), claiming a rightful place among the top prog albums of 2017. This was the perfect occasion to learn more details from the mastermind of the band, Luca Zabbini. 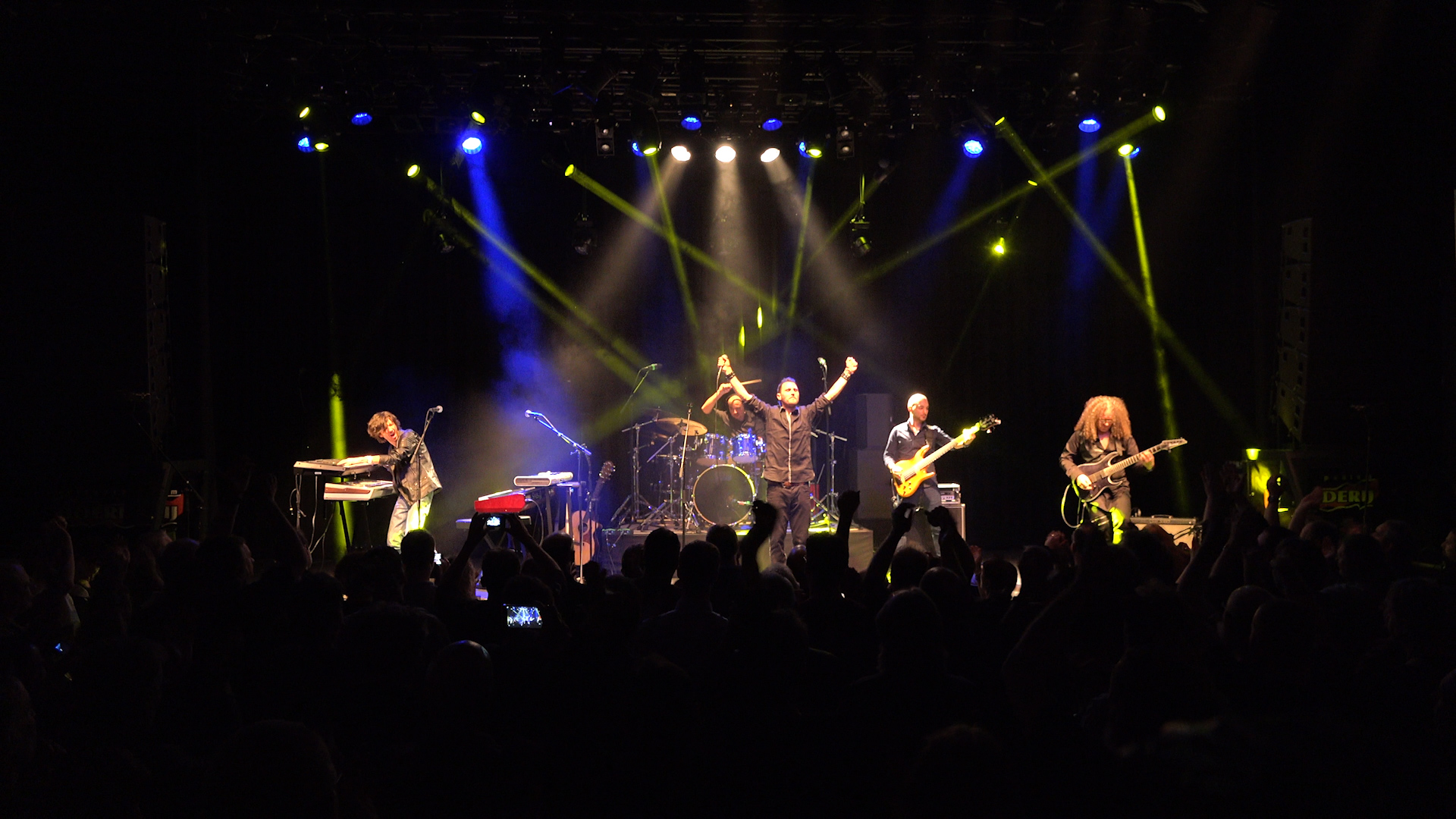 Hello Luca! Congrats on Detachment, it really stands out from this year’s symphonic prog releases. Even though it’s still very fresh, can you tell us which is your favorite BP album so far and why?

It is difficult to answer this question, it’s a bit like asking which of my children I prefer.

I can tell you that I associate every album with a certain time of my life. Maybe the one I’m most attached to is Coffee In Neukolln, the third one. This is because I remember that it was conceived in Berlin in a climate of serenity and great collaboration within the band, which is very important for me. I was also, creatively speaking, very stimulated.

It’s been already 10 years since the release of Misteriose Voci and your sound has matured and evolved greatly since then. What are the major differences between today and your early days? 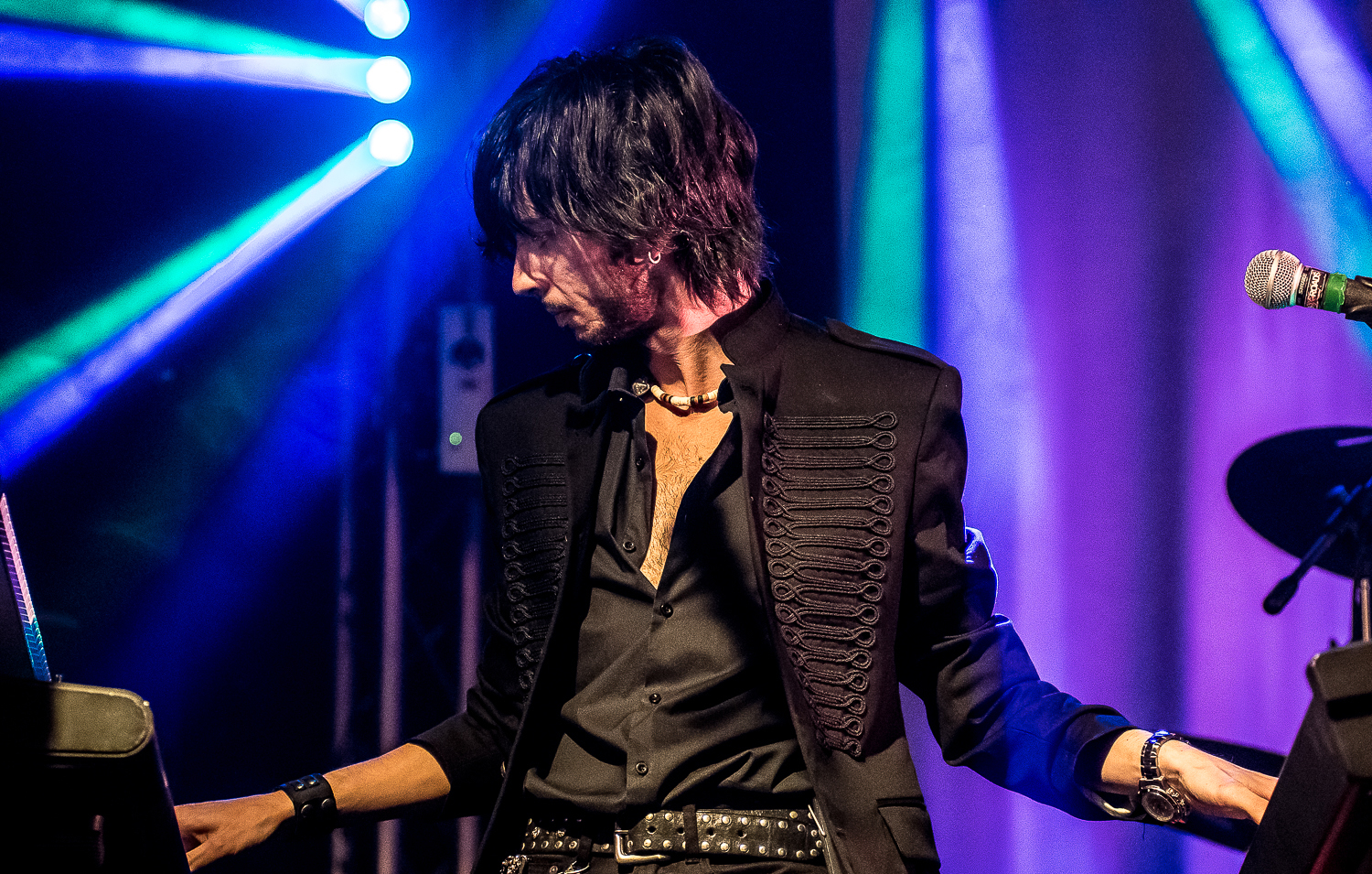 We were very young and enthusiasm was so much at the time. This album is perhaps the one I least appreciate, it is very discontinuous and I personally cannot stand the lyrics in our native language. Also I think that the mixing is bad. Composing wise, I would save only Premonitions and Un altro mondo. At that time I almost exclusively composed instrumental music, not intending to include vocal melodies. For this reason, I found myself trying to write songs that could be sung, with a melody that had a strong identity and at the same time would not last too long.

It was a first attempt to make ‘pop-prog’, but I’m not happy with it. Today there is much more awareness in what I want to do and when I write a new song I look at the future, not past, as I did in the first album.

You come from a country with a huge tradition in progressive rock since the early 70s. What is the reception of Barock Project in Italy today?

Considering that prog is a kind of niche and in Italy it has somehow fallen, we still manage to have our followers. Unfortunately, however, as in every small and tight environment, I experience too much competition and I have never liked it. I prefer environments where there is exchange of energy and mutual support. To be honest, I have only noticed it abroad until now.

Even though your music is something between symphonic prog and neo-prog, you have only few similarities with RPI. Do you agree with that? If so, was that intentional or just coincidental?

We listened very much to our forefathers P.F.M. and New Trolls during our adolescence. It is natural that some of these influences of our Italian heroes are leaking out somewhere in our music. 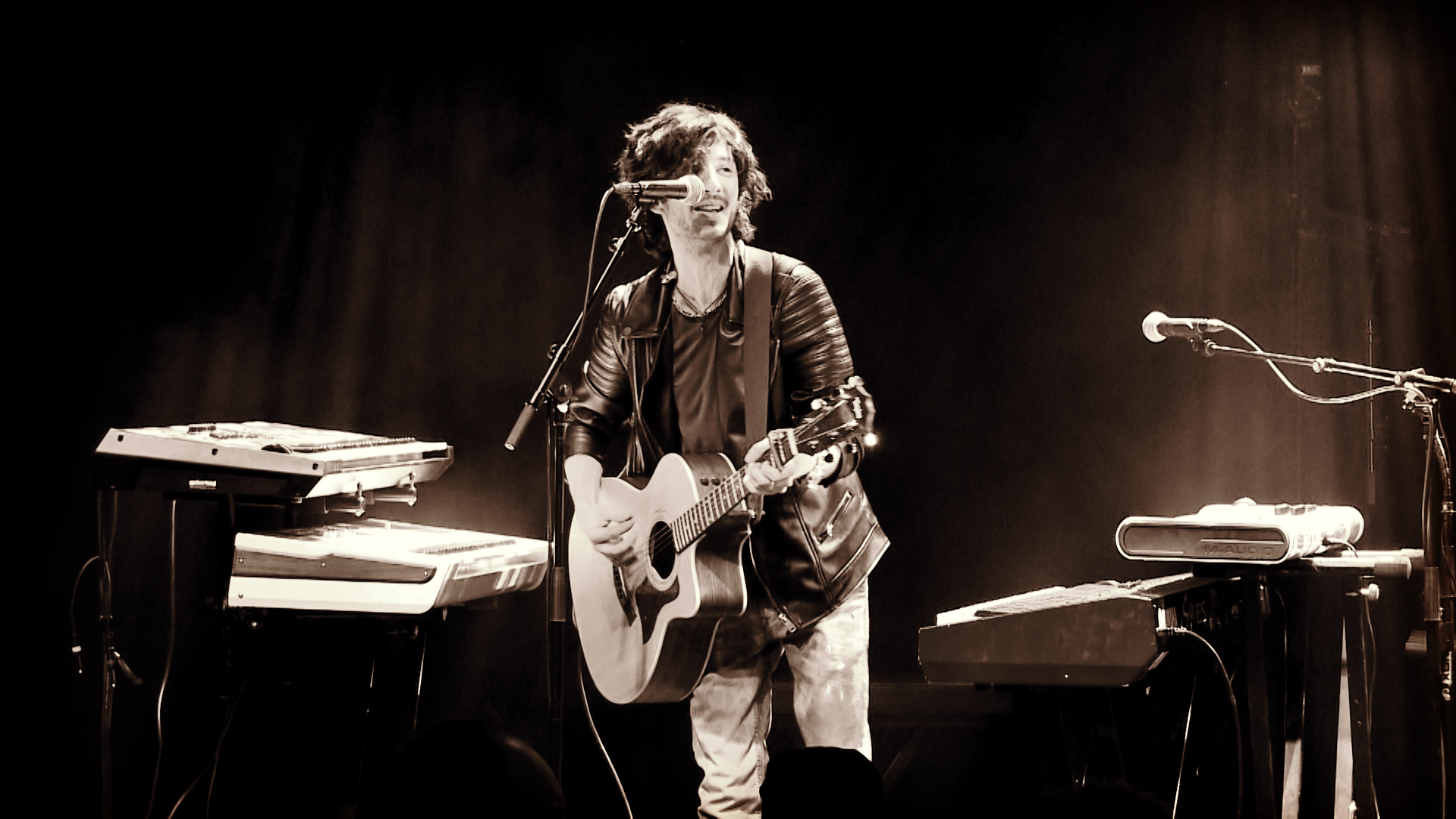 What are your plans / dreams for the future? Do you feel the need to move towards a different direction -musically speaking- or remain on the same style?

My wish is never to repeat myself. If I ever make a new album, it will always be very different from the previous one, as it happened for example with the last one. If I had to repeat myself, I would prefer to change profession. I need to be surprised, even before I can surprise others. Reinventing myself is the thing I consider to be the most stimulating of all. Surely, then, the future direction will be different from today.

I think that Coffee In Neukölln was a big step forward for the band and Skyline was a real international success. Can you imagine Detachment as a prog classic in the future?

I agree with you. Coffee… has been the album I believe has raised the overall quality of Barock and allowed us to show the world what we can do, musically speaking.

With Skyline we have opened the way to atmosphere and narration, but it is with Detachment that I felt completely satisfied with the result because I finally managed to include in the same album the most characteristic ingredients of this band, from technical songs to symphonic-baroque songs, from the ballad to the rock piece, but always keeping what is for me the most important thing: the melody. I think these are songs that can even be whistled by people. 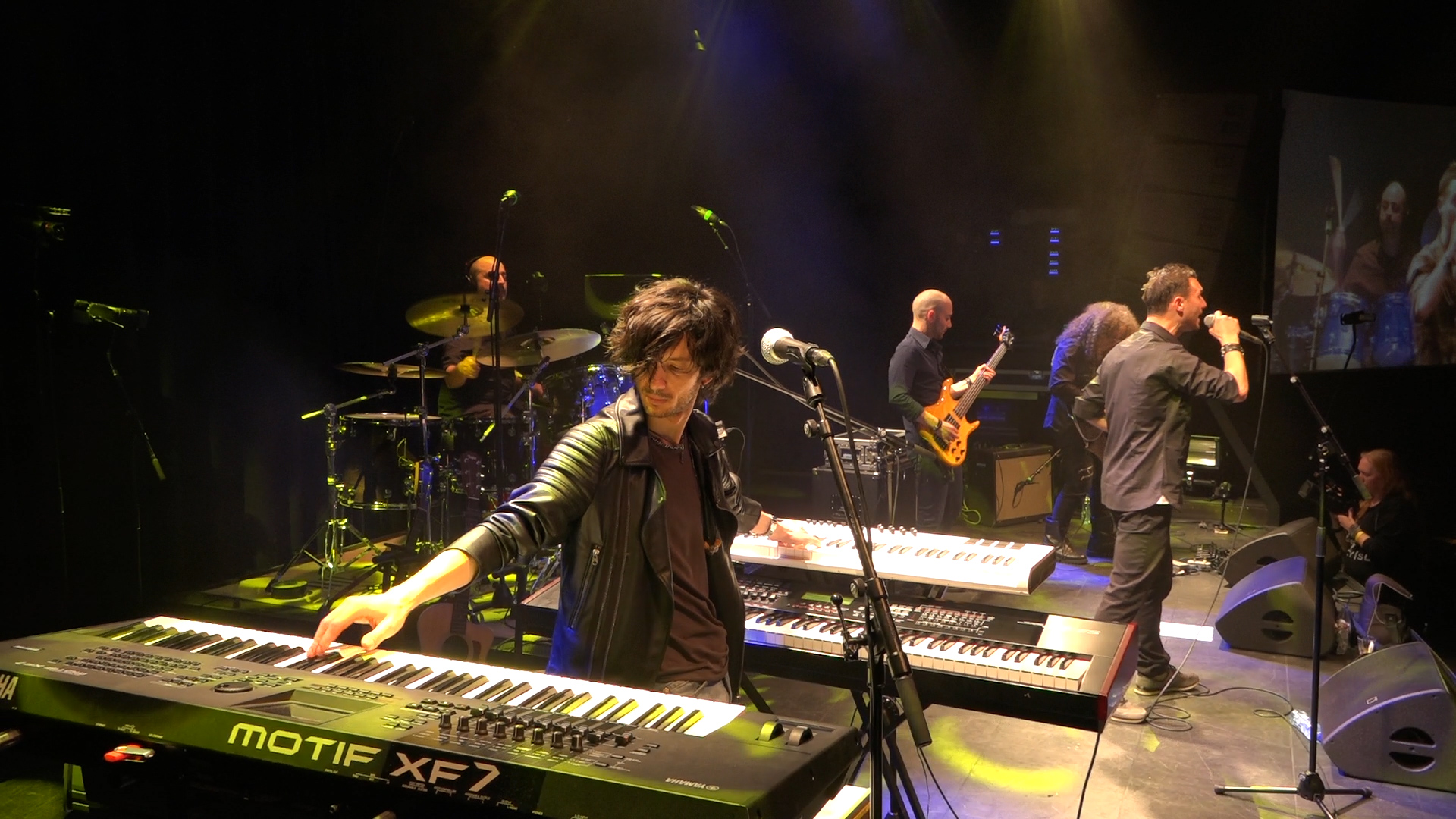 You decided to take on the lead vocals after the departure of Luca Pancaldi and besides that you play so many instruments, handle mixing, mastering and production. How difficult was it to be the frontman as well? How do you handle things in concerts?

Now I have to play my keyboards, the acoustic guitar, make choirs and do even lead vocals! Honestly, I have never wanted in my life to be the leader of a band, I prefer to stay in my place behind the keyboards and play a leading role as a keyboard player. Now things have changed and very often I feel a bit uncomfortable to interpret the lead singing parts as well. But somebody has to do it, doesn’t he?

What is the procedure of composing material for the band? Which is your greatest inspiration? 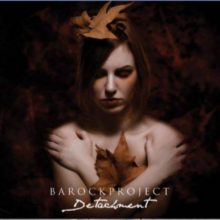 It depends on the period of my life. If it is a turbulent period, I can write a lot, but I can also have a block. Sometimes a trip is enough, just one day to be alone and lonely to make something decent come to my head so that I can write it. Once I used to be a lot more prolific, I was younger and much less demanding with myself.

Paradoxically, as opposed to how many people think, I listen to everything except prog. I really enjoy listening to so many genres, including the British indie rock of The Kooks, or Travis. Mainstream-wise, I have listened to the first Coldplay for years, except for the latest albums, that I do not appreciate. I can listen to the Bach Brandenburg Concerts in the car, or some Italian songwriters I really appreciate. Sometimes I found it helps to ‘bleach’ my mind by listening to ancient music, such as Guillame De Machaut or Leonin. So I can tell you that the inspiration is given by the moment, the situation and the place.

Since you are all very young, would you like to share with us how you discovered the progressive rock of the 70s?

Like so many of our generation, it is something that happens when you have parents in the house listening to the vinyls of those groups.

Which are your greatest influences, your favorite bands and albums?

He who led me to be what I am is Keith Emerson. E.L.P. have been my absolute idols ever since I was a child. Then I’ve always listened to pretty much everything from Earth Wind & Fire to Elton John, passing through the Beatles, the Police and Jethro Tull.

My favorite albums are:

Now that I think about it, the curious thing is that in Detachment I think people can clearly feel the exact influence of all these albums put together.

Is there anyone else that you would like to cooperate with, as you did with Pete Jones?

I really like David Longdon (Big Big Train), I like him a lot as a singer. I would also like to collaborate with Steven Wilson and Ian Anderson. 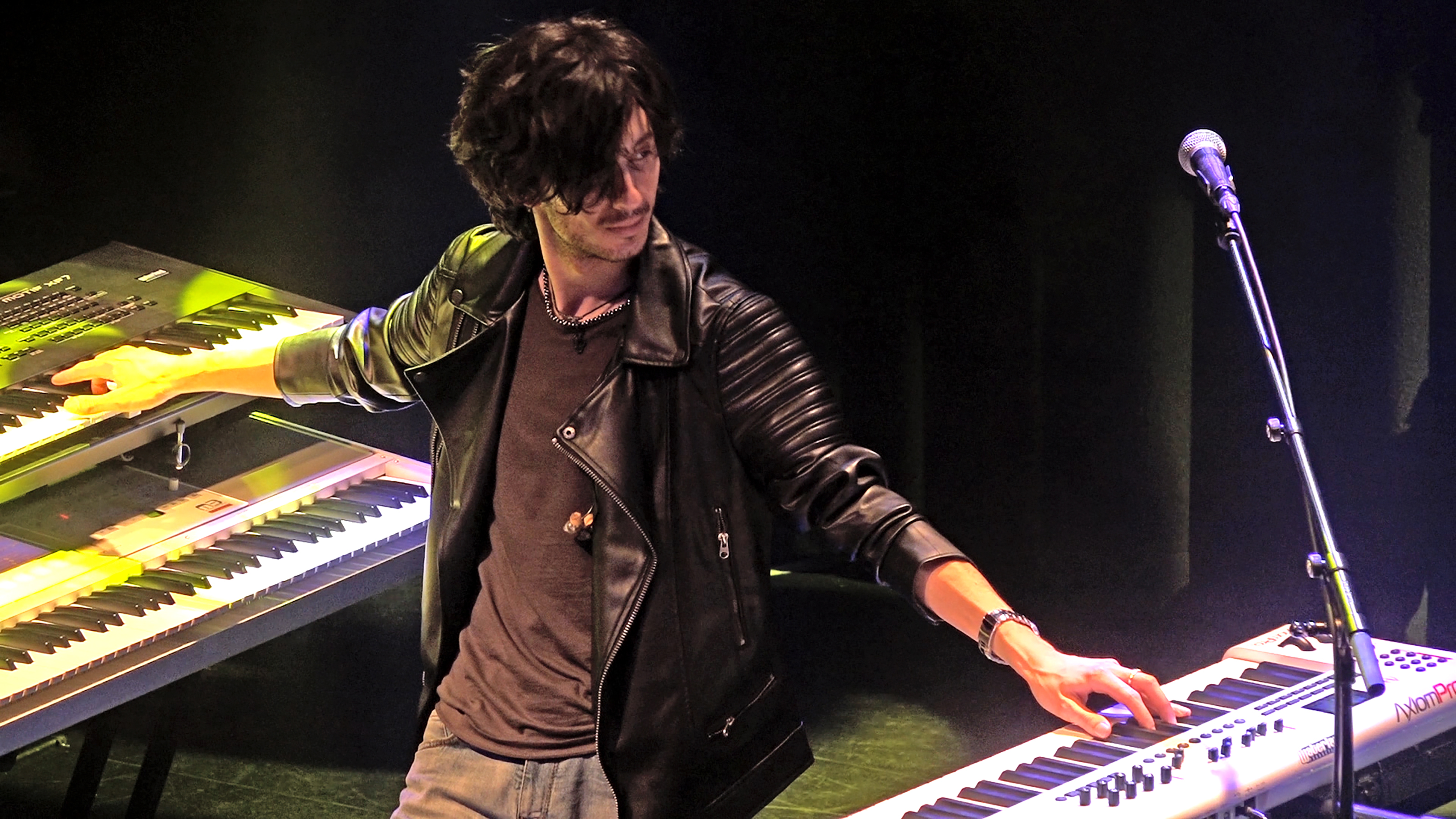 Has any of you been to Greece? Are you aware of the Greek prog scene and if so, what is your opinion of it?

I can answer for myself: unfortunately I have never been to Greece as opposed to many of my friends. I know it’s a wonderful place and one day I would like to have a chance to visit it. Honestly I’m totally unaware of the Greek Prog scene.

What are your future plans? What do you wish to achieve with BP in the near and long future?

This is a question that I often ask myself lately. There are ongoing projects, concerts abroad and we’re already working on a live DVD.

Thank you very much for your time Luca. We wish you all the best to you and Barock Project and we hope that we’ll see you live in Greece sometime soon! The last words are yours.

Thanks to you at Progrocks.gr and to all listeners of great music from your wonderful country!