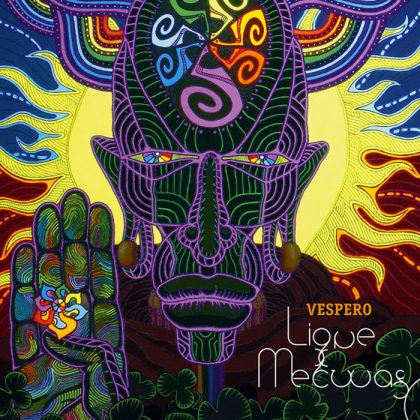 After the masterpiece Fitful slumber Until 5 A.M., released in 2015 (our reviews here, in Greek only), the last thing one would expect from Vespero is a new 75-minute epic album of comparable quality and importance, just one year later. Yet, Vespero against all predictions, or rather against all logic, are here again, not “empty” by inspiration after such a great album.

Their new album tells a story of a young man who was appointed to serve the Crown Prince of Abyssinia as a guard-impersonator, and after the years of hard trials and adventures got to know that he had always been a true king of his country; a story of historical, sociopolitical and at the same time existential background.

Following the concept of Lique Mekwas, Vespero removed the traditional Russian musical elements (features of Fitful Slumber…) and recruited tribal percussion and saxophone, which, combined with the beautiful guitar approach “à la Santana” in many parts,  give a strong latin complexion in the project, from which the typical extreme psychedelic experimentation and rich variations in rhythm are not absent.

This time the band is less focused on compositions, but this doesn’t mean that the beautiful musical themes interwoven in a unique way are lacking. The result is a completely autonomous sound, a kind of jamming not spent in chatty improvisations nor curbed by the strict rules of composition, but a sound that lives and breathes as an independent entity, recounting the story of the album. The ambition of the band to play fusion is clear and they succeed in doing so in a way that sometimes is reminiscent of the “nuclear” sessions of Santana in the early 70s (The Course Of Abagaz), or the “expensive” playing of Jean-Luc Ponty (Oromoo’s Flashing Eyes ), while in some parts the sound output reaches the stardom of Mars Volta in Amputechture, while expressing what Mars Volta tried to do at that time but failed to accomplish as Vespero do today. However, one can easily trace countless coenobitic elements (early Floyd and especially Gong) which are a basic ingredient of any Vespero album.

Among the album tracks it is difficult to single out one in particular, however The Emperor’s Second Self, a seminar of cosmic music structure and deconstruction, holds a slight edge. Certainly the album structure helps a lot to highlight the playing of the guitarist Alexander Kuzovlef, who besides Santana (a perfect example of this is the “authority” that marks the two notes in the 20th second of Abyssinian Ground), embellishes the tracks with other elements as well, both technically and acoustically (e.g. in the introduction of Ras Dashien, the influences by Steve Hackett are more than obvious).

After this year’s release of Lique Mekwas, what is certain and at the same time causes joy, respect and awe is the fact that Vespero are in the middle of a creative orgasm, proving that not only they deserve to be at the top of space-rock, but also that they surpass the limits of the genre, thus willingly entering in more jazzy musical fields. It is quite possible that they are preparing a successor while this review is written. For the time being, we are dealing with a great album that looks like the perfect soundtrack for this summer.

Last year they spirited us away to a trip -a study in the dream world of the subconscious with their album Fitful slumber Until 5 A.M. This year, with one foot on the ground, Vespero are heading into more tribal paths. Keeping their space-rock / psychedelic motivation, Lique Mekwas reveals more of afro aesthetics through the use of local motifs, releasing an improvisational flair without losing the musical orientation and meaning. The high level of compositions is based on loose, yet sensuous subjects and an intimate atmosphere for fans of Gong and Ozric Tentacles. Vespero offer us a project full of passion and inspiration.