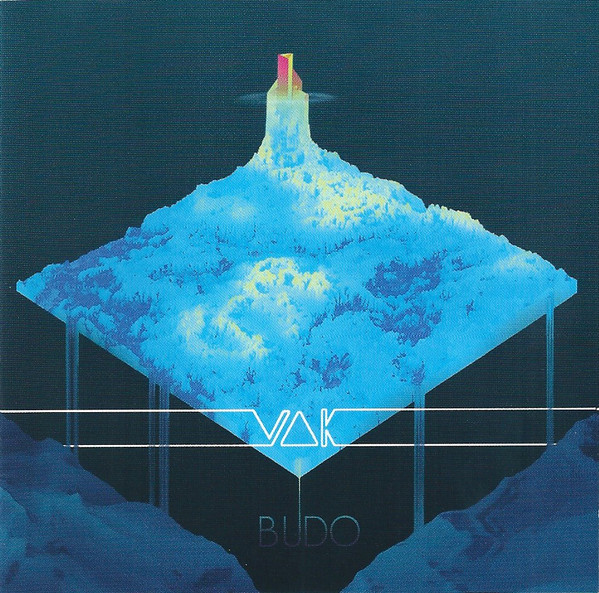 VAK were formed in Paris 10 years ago based on the heritage of Magma but also having different origins that formed a peculiar blend of sounds. Experimental rock, metal, classical music and, of course, avant-prog have their share in the music of VAK and were first recorded in their self-titled EP (2012) and Aedividea EP (2014), which were reprinted in the full-length album Aedividea in 2015.

From then until 2017 the band worked on new material for their second album, based on much more ambitious, long compositions. Their new album was released this year by Soleil Zeuhl.

In Budo, VAK became a four-member band, as wind instruments were played by guest musicians. Of course, the differences do not end there. The music itself has made a turn towards progressive rock as well as jazz-rock, with atmosphere and melodic flow being a priority, whereas the metal dose has obviously decreased, pushed in the background as a supportive element and not as a basic means of expression.

Most importantly, however, what is showcased magnificently in the almost 56 minutes of Budo is the maturity of the band and the rare bonding of the four members that exudes an uncommon determination to establish themselves in a purely French genre, but on their own terms. There are only three tracks in the album, but all the things that unfold during their duration are so many, it would be impossible to describe them in detail.

The absolute zeuhl character of VAK emerges from the beginning of the self-titled song that covers almost half the length of the album, satisfying to the highest degree even the highest demands anyone would have from a top-level band. Yes, VAK really fall into this category, as unexpected as it may sound for such a new band.

The opening is made by one of the most important elements of the band: the rhythm section of Joël Crouzet (bass) and Vladimir Mejstelman (drums). Throughout the album, they lead the band into gripping rhythmic changes with their unstoppable energy and the inspirational phrases by Crouzet. These variations are aided both by Crouzet’s heavy guitar and Alexandre Michaan’s keyboards that create a wonderful ambience of mystery either from a leading role or through a beloved “autistic” repetition. The carousel of zeuhl, RIO, jazz-rock / fusion (enhanced by Michaël Havard’s saxophone) and experimental rock gain a narrative character through Aurélie Saintecroix’s amazing vocalese (yes, no words). As oxymporon as this may sound, it is absolutely true. The difference is that the images created by VAK are shaped by each listener and are differentiated during each hearing, as if the course, the moods, the impact, the “story” itself changes. When the 27.5 minutes of the magnificent song are completed, the feeling of this unique experience captures you.

What is experienced in Hquark, which follows, is now more accessible. In the same frame of mystery and awesome atmosphere, the unparalleled melodies by Saintecroix’s voice and Michaan’s keys send the listener on a journey that, as much as it reminds of past zeuhl recordings, it has a uniqueness that gives Budo a new niche in the avant-prog universe. The influence of Magma remains at an elemental level, as the rock and jazz elements are leaning towards contemporary sound, melody replaces ferocity and darkness coexists with light. It’s really impressive how the French band manages to balance all these opposing elements In this 23-minute epic, producing music full of surprises, explosions, complexity and directness, ultimately giving us something new, which theoretically stems from a rather restricted genre.

The “just” 8 minute long Au Fond des Creuses that closes the album keeps the 70s element accentuated especially thanks to the flute of Nora Froger, while Hyder Aga’s guitar has a purely second role, contributing to the intensity during the outburst in the middle of the song. The closure is atmospheric and magnificent, as it should in this masterpiece, of course with the adorable voice of Saintecroix.

Based on this album as a whole, it is very difficult to imagine what VAK can do in the future. And it probably does not matter at all. Even if they had disbanded after Budo, what they’ve already given artistically is enormous and, most importantly, unique. Fortunately, everything shows that the band from Paris has just begun its course in top class prog rock. This is one of the top zeuhl records of all time and one of the best prog albums of the last decades.