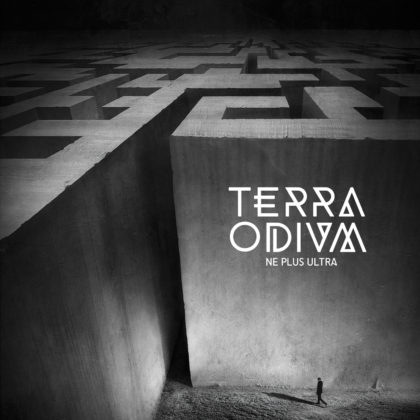 Norway in the 90s was mostly characterized by the flourisihng black metal scene and all of its subgenres. Next to its resounding spread, there was another more moderate scene that belonged to progressive metal. The names of Spiral Architect and Manitu stand the testament of time, from the fog that covered the underground progressive metal back then. Terra Odium are expressing that past and want to extend its influence to today. Their first album Ne Plus Ultra tries to find that line that separates these two very different eras.

Terra Odium constitute the point where old friends meet again: Asgeir Michelson (ex Spiral Architect) with Bollie Fredrikesn (ex Manitou) and Øyvind Hægeland with a tenure in both bands. With them the always present  Steve Di Giorgio and Jon Phipps. A band that with its composition it brings back charming memories.

Their first album brings back a golden age of progressive metal. In their music we hear Watchtower, Psychotic Waltz, old Fats Warning… Bands that in their youth forged the technical side of progressive heavy metal music

The style of the band is doomed to resemle something that has passed but that doesn’t mean that it is not extremely well performed. Maybe it doesn’t contain Spiral Architect’s peak of creative madness but that doesn’t deprive the insipration of the band. Ne Plus Ultra reminds us of of many but it was its own personality.

The album hs the expected progressive technique grafted quite often with symphonic elements. Øyvind Hægeland voice (which is reminiscent of John Arch) many times sounds imposing and specializes in compositions that impose a delimited field on the progressive compositions of the band. The guitar work is exceptional and it generally shows a concentrated work that manifests itself in great songs like The Shadow Lung and It Was Not Death.

Many songs can stand out from the album, like the longer in duration The Thorn that concentrates the philosophy of the album and celebrates the origins of traditional, progressive metal: (High quality) technique that  doesn’t work just for the sake of technique, sturdy melodies that deny easy sentimentalities, heavy marvelous riffs and the suitable voice to express all of the above.

The big question is that if all the above bring something innovative, something that justifies the name of the genre that was baptized, for a reason, as progressive. Ne Plus Ultra looks mainly towards the past, to the cradle of the foundations of the musicians that take part in this record, while the production offers something that more or less is expected.

The response could spontaneously be “is that bad?”. Definitely not. Some of the best songs of this years progressive metal genre are in here and reflect a golden past. Between nostalgia and the push to remain in the present and its logics, Ne Plus Ultra has definite tendencies towards one of the two and that could be magnifiscent.

It has been 26 years since the last time Øyvind Hægeland worked on an album with Ole “Bollie” Fredriksen with the hidden gem Entrance of Manitou. Ne Plus Ultra is a great sample of the dark progressive metal (not an inkling from the Dream Theater shool) that despite what’s expected, it is not as grumpy and technocratic and it sounds like the natural evolutio of Manitou. One of the surprises here are the symphonic themes that are absolutely integrated in the compositions and are tied perfectly with the great riffs of Fredriksen, creating an imposing atmosphere. Generally, there is a balance between the more technical and the simpler themes, something that is evident in the rhythm section of the amazing Asgeir Michelson and Steve DiGiorgio that serves ideally the compositions wit the expected technical outbursts being scattered. The lead Guitars of Fredriksen / Hægeland being greatly influenced by Loomis, Becker and Friedman are full of interesting themes while the performance of Hægeland seem unaffected by time being influenced by Buddy Lackey and John Arch. Overall, we have a great album, I would say one of the best quality prog metal album of the last few years, which has many things to say to any fan of the genre.