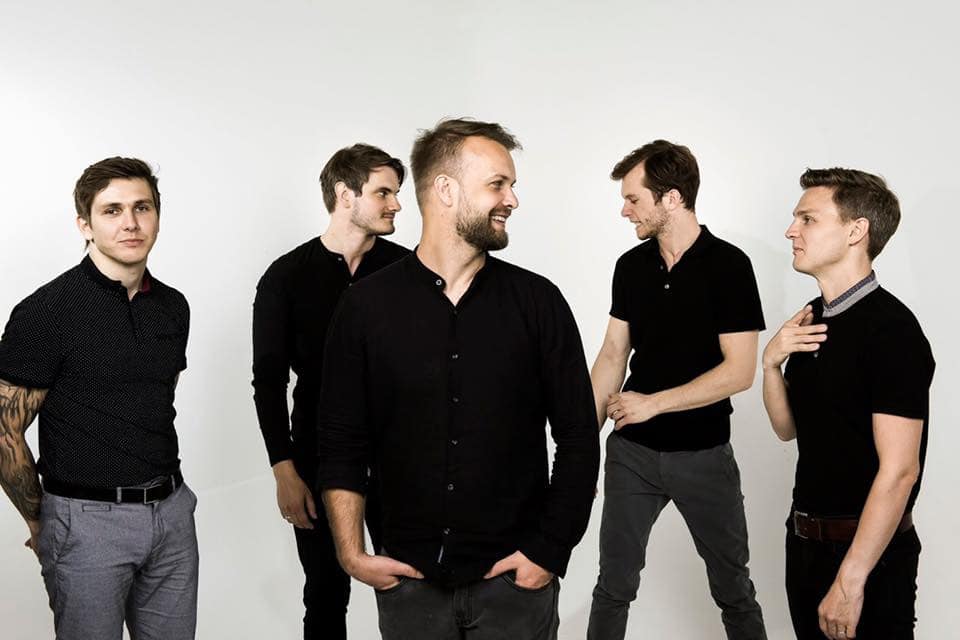 The upcoming appearance of Leprous on the stage of Fuzz Club on February 15 is undoubtedly one of the most important concert events for Greece in 2020. That is, because the Norwegians are at the peak of their career, and they’ll play in a venue that is ideal to deliver live their demanding material.

This was the perfect opportunity to remember all of their albums to date that sound like different but equally important and essential puzzle pieces which shape the complete artistic image of Leprous. The fact that their music is appealing to many listeners with very different tastes is part of the greatness of a band that since many years has been able to sound progressive without being confined to the narrow (or not) boundaries of a specific music genre. 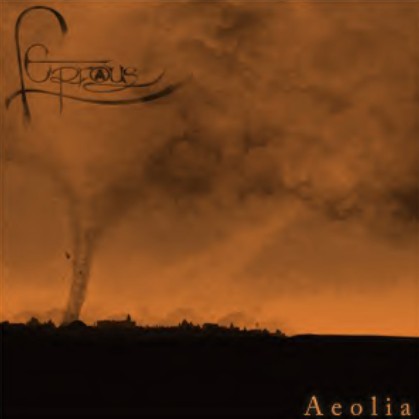 Two years after their debut demo, Leprous released a full length demo in 2006 that included nine songs lasting 65 minutes. Here, we hear a band trying to fit various influences and sounds into its sound. However, their attempt to blend prog metal with theatrical avant-garde black metal elements seems more like trying to convince musicians of their potential than wanting to create complete compositions. Let’s not forget that this is essentially a professional demo.

Their non-negotiable talent, however, appears when they manage to tame it, that is, in moments of clearer compositional orientation.

In 2009, the official debut οf Leprous (63 minutes long) was released under the impressive title Tall Poppy Syndrome. This term refers to the tendency of society to intimidate those who are socially positioned superior to others, either voluntarily or by other members of society.

From the get-go it becomes clear that the ideas of Leprous we encountered in Aeolia came together and the sound is now professional. The flow and passion of the vocals as well as the melodies are very convincing. Their prog metal certainly owes a lot to names like Opeth and Porcupine Tree, but at the same time there is a strong theatrical performance in their compositions with the vocals being almost always edgy and high pitched, but also with some delightful black metal outbursts. In addition, Leprous seem to embrace elements from alt bands such as Muse and Dillinger Escape Plan in terms of guitar style.

Considering the progress they made in their first official album in comparison to their demos, it may have been obvious by then that the poppy of Leprous would soon blossom. 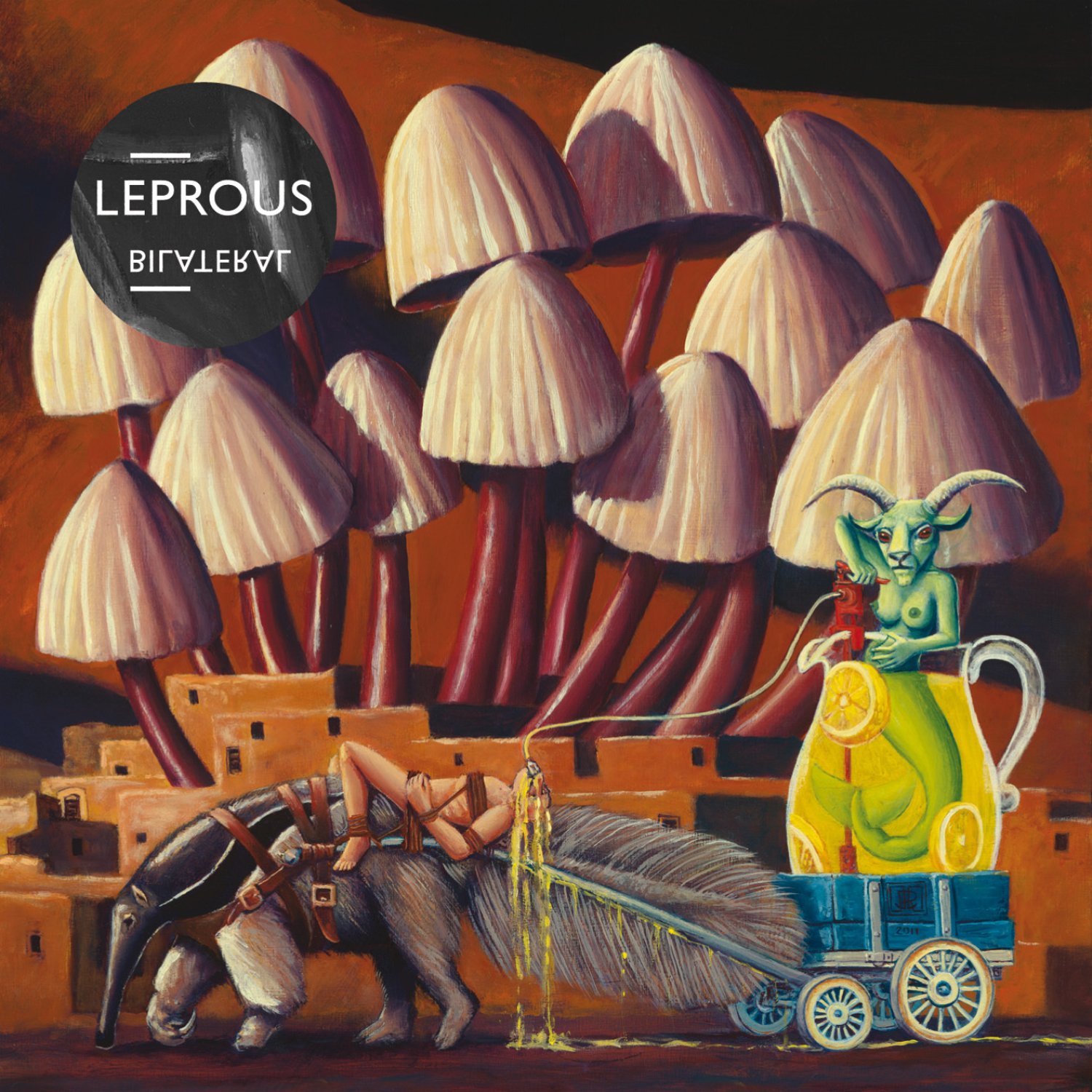 Bilateral is Leprous’ second album and here they present to us, in full, what they have in mind as modern prog, i.e. a mix of keys, “thick” rhythm guitars and melodic vocals, but completely different and served differently than anything that existed until then.

From the “electrified” title track to the melancholic Mb. Indifferentia, the album has an up tempo style where modern prog dominates. From then on and to the end the album becomes more direct and shows the way in which progressive metal should sound today. Their experience as the touring band of Ihsahn influenced the way they perceived music and led them to create an inspiring album containing all the elements that made Leprous huge. The melodic interplay between Solberg’s voice and the keys, the tribal drums, the djenty – but not exactly – guitars, the ambient points, the alternative song structure, the crisp and loud production, all in all what they used to the fullest in the following albums were first played here and the result is great. Bilateral is the album that imo balances perfectly between prog, atmosphere and aggression so that’s my favorite of the band. Masterpiece! 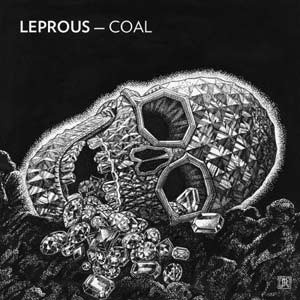 The critical third album. An album that followed Bilateral, which had already begun to establish the Norwegians as a leading force in the prog field. However, the great reception of Bilateral released the creative aura of Leprous, which are differentiated in Coal and even the cover predisposes for significant changes. Changes in moods with the more relaxed and tranquil dynamics succeeding the multidimensional maze of compositional inspirations, with Einar Solberg’s singing abilities always in front. Of course, the “classic” Leprous early touches with the familiar outbursts in compositions like Chronic or The Valley build the myth that would be repeated in their later works. Cohesion and homogeneous compositional flow, the most atmospheric approach, predominate even in the longer songs (e.g. Echo). Coal is the album that somehow makes the transition to the new, more mature period of Leprous, with a keen experimental willingness to associate metal forms with the freedom that Baard Kolstad’s addition in The Congregation would give them. Coal is the carbon that meets the diamond of the cover and forms part of a magnificent discography and the reign of Leprous. 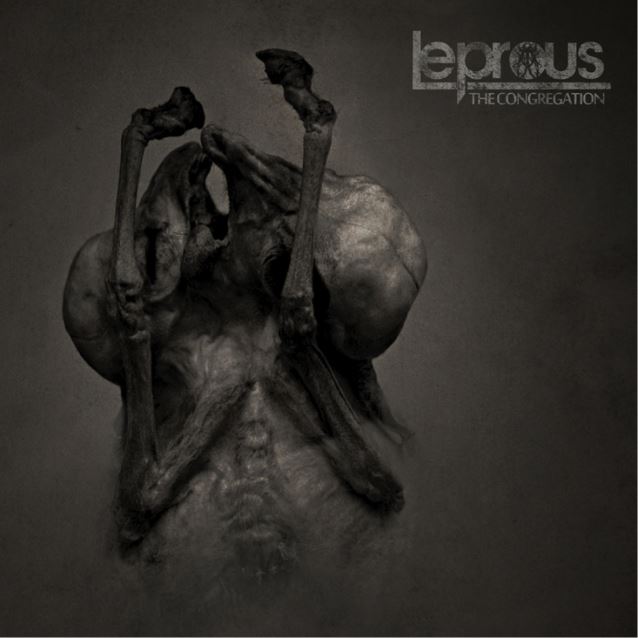 The Congregation is the fourth album by the Norwegians song and the first with a new rhythm section, with Koolstad as drummer and Børven as bass player. However, the band manages to maintain all the elements that made it recognizable, such as the low-distorted guitars, the complex rhythmic songs with melodic choruses, the technical rhythm section, the accompanying keys and the sad-meets-crazy voice of the singer. The production is once again superb. Jens Borgen did his miracle with all the instruments sounding clear and loud, and Ihsahn added some great vocals.

The album is full of inspiration and quality, to the point that listening to it is a difficult undertaking because of its length, but when you hear songs like The Price, Rewind, The Flood, Slave and Down, you can hardly leave it in the middle. The Congregation is an album that continues at the very high level of Coal, a bit more rock and thus a bit more mainstream, less prog in the old-fashioned term but more “progressive”, making other prog bands sound like they’re in a 90s loop. A landmark! 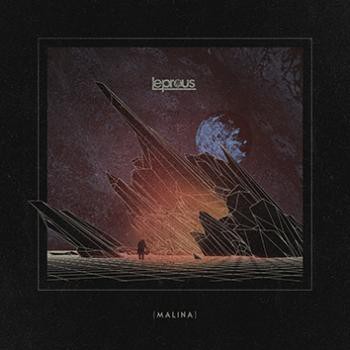 Einar Solberg is in top form, living up to the theatricality and eloquence he has accustomed us to. A peculiar and gifted frontman and composer, the compositional reference point of Leprous with his tell-tale and remarkably unique voice as well as his playing that sometimes is the backbone of the compositions. His lyrics are totally personal, sung with passion and loaded with emotion. The young wonder-drummer Baard Kolstad rips along, an intelligent and resourceful musician who takes the songs to the next level with his dexterous and imaginative playing. The guitars of, the old-timer now, Tor Odmund Surhke and the newbie’s Robin Ognedal are pushed back in the mix, but they still play an important role to the development of the songs. There is an obvious lack in distortion and heaviness, but this is not the case when it comes to inspiration, even though their role is more discreet compared to the rest instruments and the vocals.

Leprous come up with one more interesting outing, keeping up the good string of very-good-to-excellent albums. This is the sixth one and counting since Tall Poppy Syndrome back in 2009, an impressive chain, if anything, that we hope will go on. Malina is a diverse, but also very cohesive album, as if every song is a chapter of a book. Granted, it is a release that composition-wise did not break new ground at all times, but sonically did go further while in some parts it portrayed a different, unexpected side of the band, preserving their features and personal style. 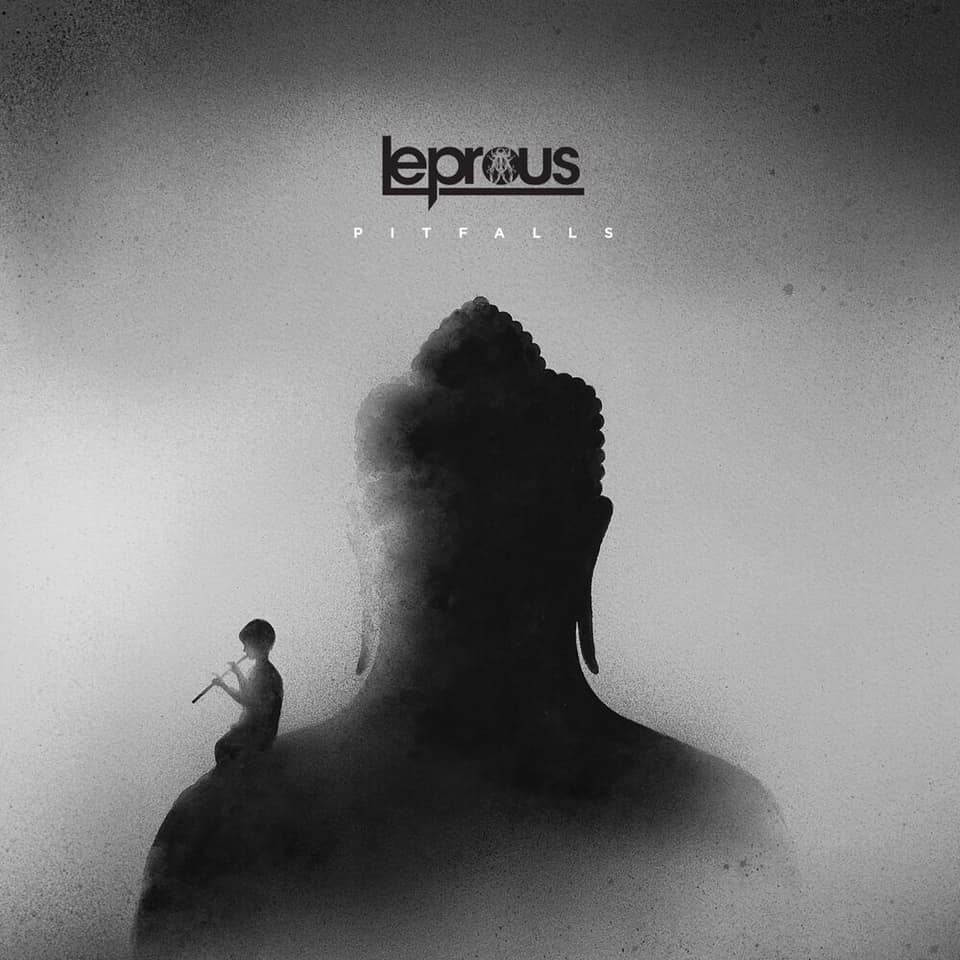 Leprous are unequivocally offer some (more or less) pop, as the new progressive expression of modern prog music. Stress, depression and psychological problems led Einar Soldberg in a deep pursuit that led him in Pitfalls working like a psychotherapeutic experience, that led him in a catharsis through the creative process. Therefore, lyrically but also audibly the life experiences that Einer deposits here have as a result is something that has a big personal imprint. Something that is eminent in Leprous anyway due to his unique vocal performances that were there even in their debut.

Pitfalls seems to be evolving in two different sectors, but without it losing its thematic homogeneity and the general atmospheric mood, with At the Bottom being the connecting link between the two parts. In the first half the simple forms dominate, with the voice of Einar, the keys and the baselines being the centerline, while in the second part the guitars start to create the conditions, so the drummer Baard Kolstad can shine, who is wild whenever he needs to in order to introduce the Leprous of the previous two albums.

Leprous manage with their every discographic suggestion to refresh the expectations and their ambitions towards the “progressive” like a stance and not as a genre. Pitfalls is a daring step towards a direction, that the Norwegians define, not follow.