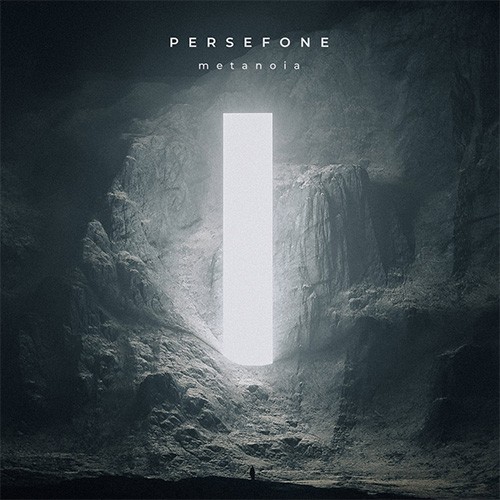 Persefone from the small state of Andorra can now be proud to belong to the veterans of extreme prog and the wider progressive metal field. This is the band’s sixth album, five years after the excellent Aathma (check our reviews here) which by the way was created after an unbelievably successful crowdfunding. The band had shown great musical credentials with a plethora of influences, three consecutive amazing records and a growing underground dynamic that led them to sign with the mighty Napalm records.

Persefone are in a very good period in their career and unfortunately I think they are a bit underrated based on what they achieved especially on their last two albums. They are also great on stage, which raises the question why they have not made it big on the European death metal scene. The sextet from Andorra (now that’s unusual!) plays progressive death metal with a strong melodic element, but not in the style of the Swedish scene, as they have more symphonic influences. They are reminiscent of the Australians Be’lakor and Ne Obliviscaris, but they’re less epic, creating an original musical alloy that they perfectly serve.

In Metanoia which is their sixth full-length album, Persefone retain their basic features, but the prog element is even more intense here. This is evident from the use of the keys, which have always been a key to their sound, and now even more, as were in the music of Yes. Another common feature is the guitars, which are heavy, riffy, but also virtuoso (especially in the solos), while the rhythm section stands at the same (very high) technical level. The alternation from clean to extreme vocals, a typical feature of the band, remains here as well, but I think it is a bit uneven for the first time and this has to do with the guest singers who are really great. All of the above have been wrapped up in the greatest production of their career. When the disc is playing from the speakers, a warm clear sound comes out, loud and not digital. Well done!

Songs such as Architecture of the I and Merkabah are connecting links with the past because they are quite direct, while there are scattered atmospheric pieces that help the listener to relax and take a breath before the upcoming pounding. But the greatest tracks for me in Metanoia are songs like Katabasis (with the Aghora element) or Aware of Being Watched (with the jazz guitar reminiscent of Atheist), which perfectly combine the aggressive with their prog side, having mostly clean vocals and showing an aspect of the band that could be a death metal version of Leprous. On the other hand, the Dream Theater-ish Consciousness (Pt3) disappoints a bit (especially after the also instrumental Leap of Faith) because I honestly cannot understand what an eleven-minute instrumental song is for, especially when until then all the songs have plenty of ideas, styles and rhythms throughout. However, the modular Anabasis returns the train to the rails and closes the record loudly, bringing to mind the long compositions of Redemption, but much more aggressive. Now that’s an achievement!

In conclusion, Metanoia is better than its predecessors (which was not easy) and generally a very good progressive death metal record. It has all the elements to finally take them to the next level, but in my opinion it has elements (clear vocals and  rhythm play) which if worked on will change the band’s direction giving something new to the extreme metal field, reminiscent of a more metal version of Riverside.

Persefone took their time to record again (as usual) and the result justifies them. The extreme technique is much more restrained than in the past, the clean and brutal vocals show obvious improvement, the bass sounds louder than in their previous works and overall the compositions show maturity. The cinematic element that culminates in the instrumental Leap of Faith and Consciousness (Pt.3) is impressive, the guitarists Lozano, Baldaia and the drummer Verdeguer are top class players and the band’s biggest assets, while the keyboard / singer Espinosa is an important factor and very often backbone of this work. The restrained and dense lead guitar work reveals in points some modern fusion rock aspects that fit very well in the compositions. Persefone’s music is aimed at an audience that likes both the modern trend of technical death metal and progressive metal and is somewhat inaccessible to someone who does not like either of the two. But whoever gives them the necessary time will enjoy a high quality record that continues an excellent series for this great and underrated band.