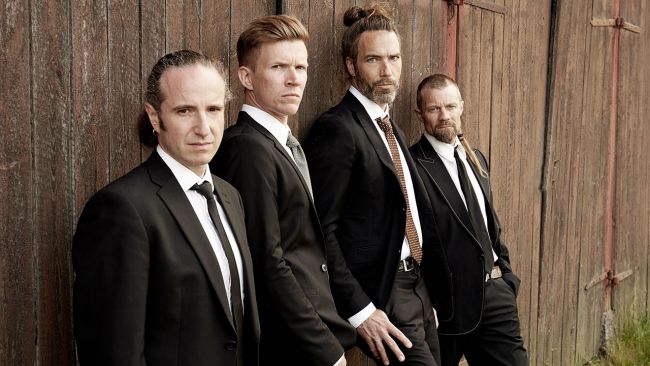 Pain of Salvation have released a video for the title track of their upcoming album Panther. The album is out on August 28 via InsideOut. This is the band’s third video from Panther after Accelerator and Restless Boy.

Daniel Gildenlöw comments on the title track: “The work on this song was intense, almost feverish, and I felt obligated to let it become what it wanted to become, without fear or prejudice. This pushed me into very specific sounds and approaches. You may not think it, but this song is in fact among the most guitar dense tracks in the history of the band. There are 16 tracks of guitars in this song. Yep. Only, many of them may sound different to what you are used to. What you might think are loops are actually played guitars.

“I have always felt that music is at its best when it comes from a source of passion, frustration, courage and curiosity. That has been, and will always be, my northern star in creativity. Panther is all those things. I was attracted to hard rock and metal as a kid because it sounded new, it sounded brave and it was pushing things, restlessly being on a journey to somewhere. If metal is to make any sense to me, it needs to keep pushing and keep being brave. And progressive music needs to keep progressing.”

The video was filmed and edited by Lars Ardarve on the same day as he filmed the band’s Restless Boy clip.