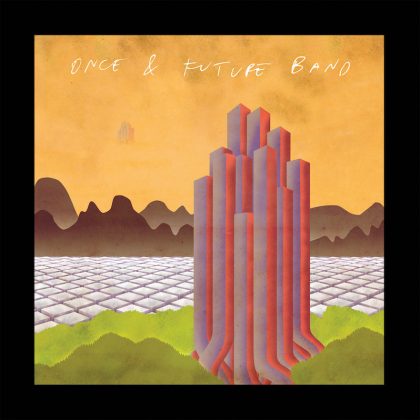 We are at the beginning of a new decade, and we are already witnessing interesting mixes regarding the combined trends in music and art in general. The return of progressive rock is considered successful thanks to the artistic acceptance, as well as its expansion into new forms and ways of expression. Once and Future Band from Oakland, CA belong to this category, because they have simply chosen a path different from the ones we are used to from other prog bands. Through well-crafted sophisticated pop / jazz harmonies they have convinced us that they possess the art of structured songwriting, something we had really missed.

The band’s self-titled debut debut album was released three years ago with obvious artistic intentions and a complete vision. In their second record, Deleted Scenes, which was released this year, they continue with the same principles, but with more artistic development and ingenuity.

Scenes from a dream

The band members themselves have stated that their goal is to identify with the audience musically and lyrically, to take them on a journey without losing them along the way. Their intention is fully justified, as their music is unquestionably accessible with an element of surprise. Joel Robinow (vocals, guitars, keyboards, strings), Eli Eckert (guitars, bass, vocals) and Raj Kumar Ojha (drums, mixing) offer many surprises in their new album, and certainly show that they have worked on the exploitation of their influences. The sonic palette they use seems inexhaustible, ideally keeping the “too prog for pop / too pop for prog” proportions with enviable balance. The production, credited to the amazing drummer of the band, gives the impression of a live recording with additional mixes, based on the medium frequencies, balanced distribution of instruments, and dynamic atmosphere.

The nine intelligent compositions are presented with vision, high aesthetics, and substantial playing, which fascinates even the most demanding listener. It starts with the Baroque pop Beach Boys melodic feeling in Andromeda, before the refined jazz-pop and the “cynicism” of Steely Dan (of The Royal Scam / Aja / Gaucho era) is revealed with the electric piano as the dominant instrument, and the guitar phrases and moog synthesizers enhancing the themes. Automatic Air, Several Bullets in My Head and the title track are typical examples of this clever simulation. Freaks has a more Beatlesque art-pop writing as it evolved and was perfected through the works of Roy Wood and Jeff Lynne. There are scattered moments of sweet melancholy that have a strengthening effect, especially in Problem Addict and the wonderful Airplane, with the vocals bringing out fragile emotions reminiscent of early Yes. Finally, there is certainly no lack of fusion extensions with strings and winds in The End and the Beginning, where the band members show their playing skills in addition to the compositional ability they undoubtedly have. It is the long-awaited ending, an ideal finale after so many warning flashes.

After multiple spins, Deleted Scenes resembles a rainbow of sweet timbres. With so much study and reference to great bands and composers of the past, the result impresses and pleasantly surprises. At a time when progressive rock has been identified with long epics, demonstrations of technique, pompous passages, and dramatized concepts, Once and Future Band tell us that all these characteristics are not obligatory for this genre. Their direction contains all prog qualities, but none of the exaggerations. It covers many gaps in the puzzle of this genre, which needs extensions like these in order to increase its audience. Extensions that range beyond the obvious, classic influences of the genre, which seem to be worn out and tiring. We need more bands like Once and Future Band.

Three years after their self-titled debut, Once & Future Band returned with Deleted Scenes and regardless of whether someone knew the band or not, nothing could have predicted what we witness here. The trio of Joel Robinow, Eli Eckert and Raj Kumar Ojha delivers exemplary songwriting, with lots of hooks, great playing, and seemingly simple, well-crafted structures that push you to listen to it again and again, to soon discover how truly great an album it is.

The most important element that makes Deleted Scenes unique is the aesthetics and the style. The absolutely smooth, sweet and melancholic performance of this wonderful mix of neo-psych, pop, jazz-rock, folk, and of course progressive rock makes the second record of Once & Future Band one of the coolest 70s retro albums of recent years. Rarely do you find elements of Steely Dan, Beatles, ELO, Roxy Music, Supertramp, and Yes together. The songs “breathe” and the fact that they are not overloaded actually highlights them, turning these 42 minutes into a uniform, adorable environment.

Although it is secondary since the compositional level is so high, the only missing element is a flawless flow between the tracks, at least until the majestic instrumental prog epic The End and the Beginning which is anyway the ideal closure for any record, any song collection, every night.