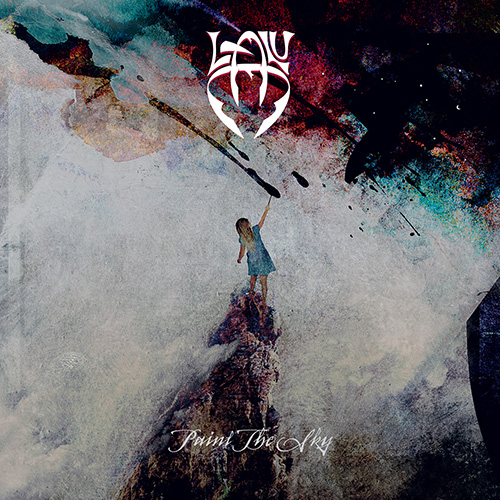 Paint the Sky is the third album of Lalu, the band that is essentially the solo project of French keyboardist / pianist Vivien Lalu. In their 19 years of existence, numerous musicians have participated and what is easily observed is that Vivian Lalu recruits musicians to deliver his artistic vision. And what great musicians! Lalu has been joined by Jordan Rudess, Jens Johansson, Virgil Donati, Simon Phillips, Tony Franklin, Gary Werhkamp, Simone Mularoni and many other top players. These collaborations have produced very high quality records and put pressure on Paint the Sky to live up to expectations. Does Vivien Lalu succeed? Let’s find out.

The truth is that I had never heard of Lalu before this album and maybe even now they would have escaped me if Damian Wilson had not taken over the vocals in Paint the Sky. With his characteristic voice, he successfully replaces Martin LeMar who sang on the two previous records, but also gives an extra recognition to the group. Special mention should also be made to guitarist Joop Wolters (Vivian Lalu’s musical companion, returning to the band after their debut), who not only stands up to guitarists like Marco Sfogli and Simone Mularoni, but has also taken over bass on record and his work is really awesome.

Lalu’s music is progressive metal, not the Dream Theater-esque kind though, but melodic enough without being symphonic. It sounds like of a mix of Shadow Gallery, Teramaze and Threshold, but they have their own element that at the same time differentiates them from all the above. Their music is not too heavy, and thus requires a crystal clear sound and production and here Lalu have succeeded, both the band and the guest musicians sound equally great. Another impressive thing on Paint the Sky is the chosen participating musicians, because they fit the songs wonderfully without overshadowing them with their high level technique. For example, Rudess’ solo in The Chosen Ones could be included in a Dream Theater song, but fits perfectly here even though the music is quite different. The same goes for Sfogli in Witness to the World who fits the spirit of the song so much that if you didn’t know he was playing the guitar you wouldn’t really notice it’s him, while in the title-track the musicians (Franklin, Werhkamp, Johansson among others) have nicely differentiated the music, which gives you the impression that some musicians are covering Lalu, but they are true to what the band stands for.

To be honest, Paint the Sky is a very quality record with few weak points, mainly its long duration and the fact that it is quite dense and the listener doesn’t have time to stick to a riff or a chorus. However, the metalized Genesis influences, plus the open field for all musicians to express themselves, and great songs like We are Strong, Reset to Preset and Lost in Conversation make it one of the records of the year in my opinion. Well done!

More than eight years after his previous delivery, an excellent artist / instrumentalist Vivien Lalu returns with his own project Lalu. For the new album Paint the Sky he recruited  Damian Wilson for the vocal duties. Musically speaking, Lalu designed an album that is once again very complete and elegant work, full of magical moments and all of this with a particularly eclectic vision of progressive rock / metal. The main point is well-crafted compositions, detailed songwriting, and strong melodies. For a prog metal release, Paint The Sky is certainly on the catchier side of things, but it also has complex and jazz fusion-influenced parts. Catchy melodies make it a quite easy listening album that would probably suit for most non-metalheads as well. The majority of the songs on the record are around 4-5 minutes on average, and they are quite varied in terms of structures and arrangements while with his extraordinary deliveries, Damian Wilson’s voice is the cherry on the cake. Definitely one of the better prog metal albums released this year.

DarWin release the second single from their sophomore album

Monday August 17th, 2020 News Comments Off on DarWin release the second single from their sophomore album