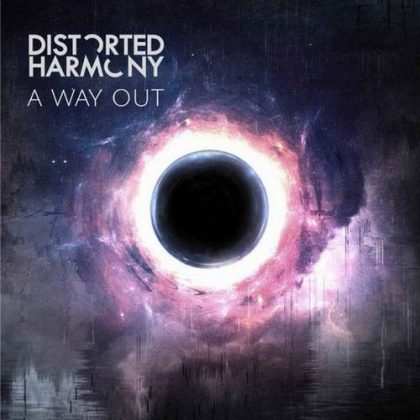 Distorted Harmony from Tel Aviv introduced themselves for the first time six years ago with their debut album Utopia, which was a very pleasant surprise for all fans of modern prog metal. That enthusiasm was repeated with Chain Reaction (2014), which was reviewed by progrocks.gr (our reviews in Greek here).

Four years after that, A Way Out finds the band with line-up changes, in the position of guitarists. How much different is their music today?

That’s something new, but far from unique

The excitement that Distorted Harmony’s Chain Reaction gave to us was based on the ability of the band to perfectly combine the djent’s (cliché) sound with superb melodic vocal lines. We hoped that the dipole riff / good refrain would continue on their third album, entitled A Way Out. And we can actually listen to that ability of the Israelis here too, but emphasis was placed on the wrong things and unfortunately the result did not cause the same enthusiasm.

Starting from the production, giant steps of improvements were made. The music sounds crystal clear, the guitars have a thick sound and all the details have been carefully studied. This time we are talking about a professional recording of very high level, which can be easily compared to albums from bands that have already made a breakthrough.

The album includes 11 compositions that maintain a superb uniformity in their duration (about 4 minutes), indicating that the band wanted to write a more accessible record. And indeed, compositions such as Room 11 or For Ester lead us to the conclusion that the groove and the riffs that stem from it have the leading role. In some cases they work great, because they carry some of the band’s character (Awaken, Downfall) with prog being present on lesser doses and metal taking the lead.

And this may initially create a positive reaction to the new course of Distorted Harmony, but we are gradually realizing that it is a material that actually does not have the depth it deserves. Hence, some good ideas in refrains (Puppet on Strings, Anima) are lost, and as many beautiful details have been added (choirs, orchestras) are lost somewhere behind layers of 8-strings. And if that’s what the group wants, then it’s probably OK for the listeners. It’s just that this pattern can easily be found in dozens of other bands active in the same prog metal field.