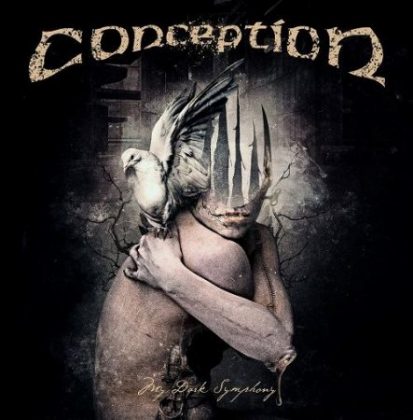 Human, all too human can cause a sheer destruction, unless those shorts of cynical and professional skills are always present to guard preservation. Imagine, what Conception would have offered if, instead of 21 years of inactivity, lived in creativity and cohesion. It is a matter of perspective, nevertheless, to overturn those kinds of anathemas and appreciate them as the necessary conditions of original art creation. Either way, Conception strike back with an EP worthy of their legacy as if time fell in step with the tempos of the icy landscapes of the Norwegian geographical coordinates.

A powerful comeback that spawns expectations

The band returns as a four-piece with Tore Østby shouldering an additional role behind the keyboards.  Because of it, his guitar playing is quite discreet sidelining the flamenco dashes that some of us were aching to listen to. Roy Kahn has expanded and worked out minutely the expressive styles he introduced to Flow. Arve Heimdal remains quite the same whereas Ingar Amlien, due to the average production, is pushed back somewhere in the twilight of the timbre.

The EP consists of five brand-new cuts which at times recall older stuff, but other times whisper hints of things to come. Their structure steps upon the old and well-known recipe. We are introduced to the theme either by Østby’s guitar and keyboards or by Khan’s unique voice (The Moment). The stage is set for the chorus while halfway the song there is room for the trademark plateau of Conception where the leaders of the band unfold their lyrical virtues. Unfortunately, Tore’s guitar playing reaches the zenith of its feast only in The Moment where the phrases recall his old and familiar decisiveness.

The lyrics depict an alternation of feelings like nostalgia, desire, separation, hope, abandonment, acceptance, but also disappointment. You can say that it is a re-evaluation and down-to-earth answer to the missionary torture of In your Multitude. Indeed, it is clearly noticed a drastic retreat from the grand aspirations and the internal conflicts they come with and a focus on the imperative volatility of the interpersonal and immediate emotional experience.

The track The Moment stands out for its novelty and elegance. Written in a Chinese scale and with indirect references to Tao Te Ching, abundance of space is provided so that Roy Khan can unfold the new expressional skills he developed during his service as a chanter in the Moss Frikirke local church. It is worth mentioning the use of the Chinese traditional instrument, Guzheng, the marvelous guitar solo at the track’s plateau and the intriguing quote, no life to be found any time soon, which manages to embed in an exceptionally laconic way the pure empirical core of Tao philosophy.

My personal soft spot of the EP is the title-track which seems to be taken out of the In Your Multitude era with its melody being etched for good in your mind which you carry with you on your way to the daily routine.

In conclusion, we have to do with a powerful comeback with scarce average moments. We harbor expectations for coming around in our neck of woods in the near future and a steady flow of albums that will bring them back to the top of the elite of the prog metal scene.