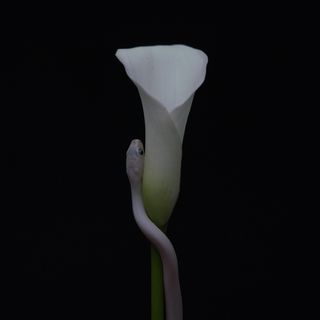 Animals as Leaders used to release a record almost every two years, so the fact that it’s been six years since The Madness of Many gives the impression that the band was probably on a hiatus rather than lack of inspiration. Of course, the music they play can very easily become repetitive or simply resemble musical exercises, and perhaps the long intervals help to clear the mind of the composer. But the question remains: “Do Animals as Leaders have anything to say anymore?” and if so it is worth wondering how different their new musical proposal can be. The band presents the new record to us with parrhesia (pun intended), and we analyze it. Let’s go!

Their most mature record to date

Six years after the good but rather uneven compared to the rest of their discography The Madness of Many, the jazz metal trio remains solid for a third consecutive record despite each member’s individual pursuits during this time and it gives extra entity to what started out as a personal project of a super talented young guitarist. Tosin Abasi, for that matter, after touring with Generation Axe for a while and founding the company that makes his signature guitars, ended up composing the music for Animals as Leaders’ fifth album. An alum that utilizes the core characteristics of their sound as a base and not as a spearhead, since Parrhesia is more musical and melodic compared to the past.

In this case, the awesome time signatures, odd chords, thick 8-string guitars, djent rhythms, insanely technical drumming and crystal clear loud production are all present, but now the sound is warmer, the solos are more melodic and the structure of the tracks simpler giving the impression that Javier Reyes (second guitarist) had an active role. This warm sound is the result of recording in a more traditional way rather than through a computer, as in previous records, and as a result of this approach, Parrhesia is the best sounding album of their career.

But apart from these, the album also has a lot of inspiration with tracks like Monomyth (composed by Matt Gartska on drums and the whole track was built around them) and Gestaltzerfall which remind us of their older compositions but in their own way, they somewhat reintroduce the band without. On the other hand, there are always compositions that are the result of jamming / exercises, but are saved because of the drums that create an impressive rhythmic pattern hiding the repeatability of the same riff. Conflict Cartography is an example, but it’s a filler track in my opinion. However, there are compositions like Thoughts and Prayers and Red Miso which are among the highlights of their career and show how Animals as Leaders will move in the future. These tracks are modern jazz with a lot of metal excitement, they are addressed to a much larger audience and show how Animals as Leaders can evolve into the Mahavishnu Orchestra of the 21st century. An exaggeration maybe, but sometimes they give you the impression that the sky is their limit.

Finally, I have to say that Animals as Leaders have released the densest album of their career and give hints of a very promising future, especially if they embrace their jazz side and leave room for their compositions to “breathe”. Parrhesia is not the best album of their career, but it is quite good and with a sense of transition. This feeling gives a little extra.

The new album of Animals as Leaders surprises with its variety and the emphasis on melody in many places, keeping of course the polyrhythmic and technical nature that characterizes their music. Abasi doesn’t waste time on a sterile display of technical training in his solos, which are very substantial and add something to the tracks. The brilliant drummer Matt Gartska together with the amazing rhythm guitarist Javier Reyes are in great playing spirits, with the former being one of the most capable drummers of his generation at a world level, and the latter being Abasi’s ideal alter ego. The production work by Misha Mansoor and the rest of the cast is ideal and exemplary. Cinematic, melodic, labyrinthine, atmospheric are some of the adjectives that can be given to the present work that mixes djent, modern jazz fusion, prog metal with a strong dose of soundtrack perspective. It certainly does not radically change the guitar map like their debut album, nevertheless it is a quality album, more than just noteworthy for fans of the genre. Tracks like Thoughts and Prayers, Red Miso, Gordian Naught among others have the X-factor for extra future listens.

Between the Buried and Me – Automata I