During 2016 we listened to numerous albums, some of which stood out and were included in our annual album chart (link). However, there were some songs that we got stuck with, songs from extraordinary or even mediocre albums. These tracks were played on repeat and constitute our soundtrack of 2016. Here we present 20 of them, indicative and yet seemingly random. 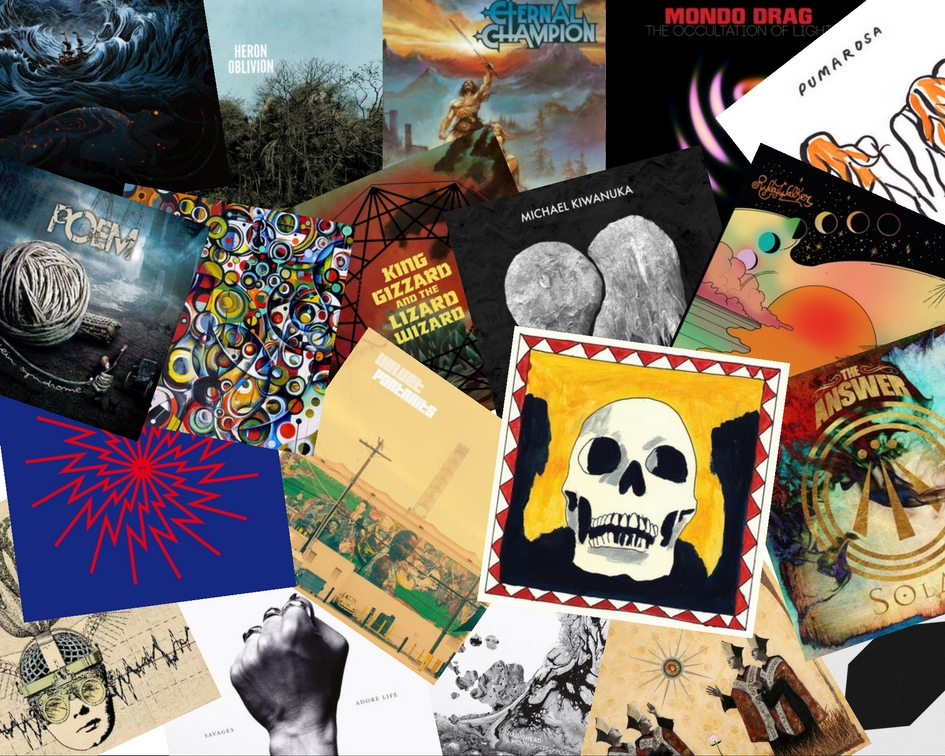 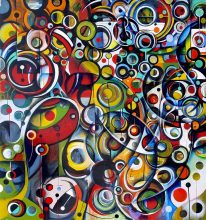 [Album: Rise of the Waterfowl]

Space Revealed is a source for musical connotations. I remembered when I discovered Hatfield & the North and Gilgamesh. The experience you get is the phlegmatic, introspective British style, coupled with fusion energy and jazz / pop harmonies in sensible doses and a feeling of unrivaled inspiration. The way the song climaxes, the apogee with the guitar solo, all this flawless succession of moods and ideas left me no other choice than hit the play button repeatedly. It works wonders either as individual song either as a part of Rise of the Waterfowl‘s beautiful entirety. 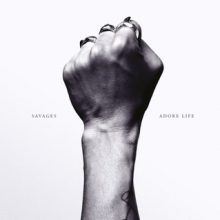 Savages – Slowing Down The World

Super girls. The drummer is up there with the best, regardless of the gender. “Daughters” of the mainstream. So what? The whole record is a killer and a sluggish tune like this brings to my mind the debut of A Perfect Circle. Nostalgic, draggy with a playful rhythm yet immersed in its darkness of its own. As a bonus, a mini black metal 1994 scream in between. Repeat! 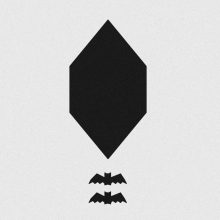 The search for hope in a frosty environment where perils for the lonely spirit lurk, is the topic of the lyrics of this 17-minute cut. The mood swings of this researched are depicted musically too. Three minutes of calm, then a doomy riff where the song is built upon, while the mellotron makes its appearance and progressively justifies its presence before calm dominates for a while before the heavy part begins anew, allowing for peace to prevail at the end, seemingly at least since the journey and the adversities are likely to have no end… 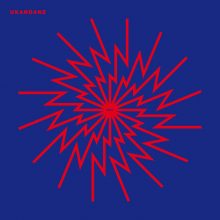 A unique song that is wrapped up with the admirable tremolo voice of Gebreyes, and the jazz-rock and traditional Ethiopian music are blended successfully. The combination of the frenzy avant-prog group with a charismatic voice, delivers an energetic song that consists of a howling saxophone, attractive drumming and busy instrumentation with vigorous improvised structures. An experienced jazz or avant-prog folk audience would definitely appreciate it. 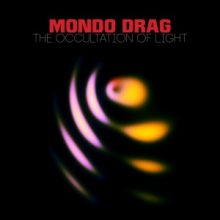 [Album: The Occultation of Light]

Rising Omen could place Mondo Drag at the pantheon of the neo-psychedelic generation in its own right with its hypnotizing variations but fortunately is a more complicated case. The keyboards build and rebuild for about two and a half minutes while John Gamino’s voice comes into play to preface one of the most beautiful solos that have been lately around. Its riff is monolithic, too. Stoner fans will take a liking to it probably. 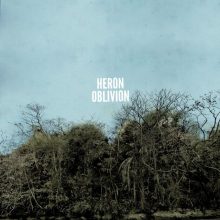 Any out of the seven stunning tunes of the impeccable debut of Heron Oblivion could make the cut. It is just that here both of the main elements of the band are ideally showcased. The amazing voice of Meg Baird reaches dizzying heights and leads us to the heavy psych of the rest that creeps deformed upon her minimal drumming. An uncompromising tune-manual of impeccable British folk psych from Oakland, California. 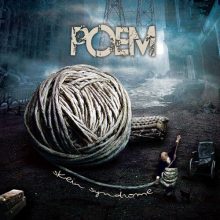 You should listen to this. Because it was written with awareness, because you’ll be in awe. You should listen to it, not only because the singing is breathtaking, but also because it succeeds in putting you amid its story. You surrender, you let your soul dive deep into the river without knowing where it will end. The truth is that, contrary to its title, you will realize your strength. 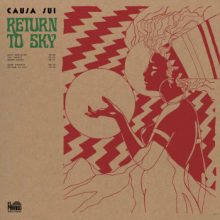 Causa Sui present the heavy psychedelic sound of tomorrow, today! Whenever you listen to this song you feel an incessant pounding of mind in ethereal psychedelic landscapes. The band seems to have chosen to move to heavier psych and this is the recipe for the creation of the modern hard sound. For the year that has already left us, Dust Meridian is the ultimate psychedelic experience which we lived in the live show of Causa Sui. 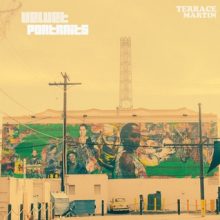 In 2016 Terrace Martin made Velvet Portraits, an all-star album  in which we see the elite of “academic” black music of today. The participation of the extraordinary Kamasi Washington makes Think Of You stand out. A seemingly typical example of well played chill out jazz, which culminates in Washington’s solo in saxophone to end up progressively in emptying and degradation of the song. The smooth bursting in the introduction is the bee’s knees. 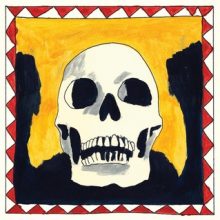 Woods – Can’t See At All

[Album: City Sun Eater in the River of Light]

The ninth album by the American psychedelic / indie folk rockers Woods offered a plethora of understandable and addictive songs. One of them, Can not See At All, the second single of last year’s splendid album, is a five-minute psychedelic funk song with distinct reggae / African jazz vibrations able to drift you away with the playful, dancing rhythm. It’s the appropriate song to highlight the hidden stimulant and euphoric feelings. 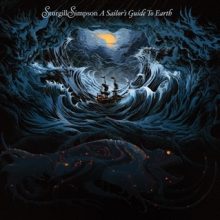 [Album: A Sailor’s Guide to Earth]

Unfulfilled expectations, lost lives and time which flows relentlessly until the inevitable ending, a destiny that binds us all together, regardless of origin, age and belief in a tragic unity, a fate that everyone tries to exorcise in a different way but the ending is common for everyone, one of the greatest outlaw country songs of the 21st century, in one of the most dynamic and creative records of its kind since a very long time. 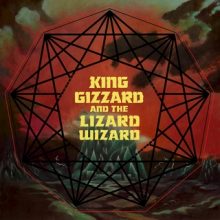 At a time when the return to more vintage sounds and periods -a return assisted by the appropriate media and ultimately rather serves purposes that have nothing to do with the spirit of a past period- the appearance of King Gizzard & The Lizard Wizard with the dynamite song People Vultures is a brave exception. Psych rock in line with the myths of the genre, ingenuity in equal doses of ‘surreal’ origin, People Vultures rightly claims the title of the best track of the year that left us. Essential for the lovers of the 60s. 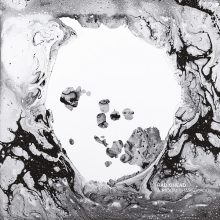 Identikit acts as a cornerstone for A Moon Shaped Pool, as once did likewise Idioteque for Kid A. Throughout the track reverie and delirium coexist as funk, rock and electronica elements come together ecstatically. A flexible composition that starts in a quiet background and eventually culminates in an acoustic setting with a cosmic aura. 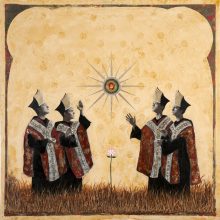 Not Blood Paint – The French Song

We turn the time (probably) half a century back and hear about a heist that takes place in the birthplace of Napoleon. We enjoy the theatricality, the eroticism and identify with the deception of the protagonist. As intricately he was deceived, as much The French Song of Not is equally laid out by Blood Paint, accompanied by the humor of the Americans that goes through the entire album (Believing Is Believing). The narrative is not a noir project that we might watch at the cinema, but a work of art in one of the biggest releases of 2016. Just flawless! 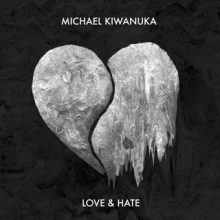 Michael Kiwanuka declares to be a Black man in a white world, which becomes clear from the opening track of his last record. Cold Little Heart slowly begins as a soul version of Pink Floyd, with the orchestration choice of string instruments and gospel touches to enchant the listener. The change of the tempo after the middle of the piece, accompanied by the warm voice of Kiwanuka (the comparisons with legends such as Otis Reading and Issac Hayes have already gone off), entangles the soul and RnB tradition with the English melancholy, while returning to the original theme just before the closure intensifies the Floyd associations. The winners out of this ten-minute masterpiece come all those who hear music alike with the mind and heart. 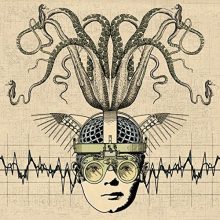 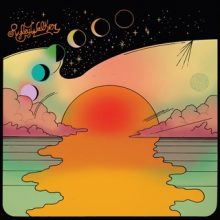 [Album: Golden Sings That Have Been Sung]

The spirit of psychedelic folk of the late 60s revives in a unique and original way  through amazing songs like Sullen Mind. The work  primarily of Tim Buckley and Nick Drake alike are the inspiration for the touching American, but some bits from the experimental folk period of Popol Vuh is what really takes off the composition to rocketing levels. How much we have missed this cozy singer / songwriter style… 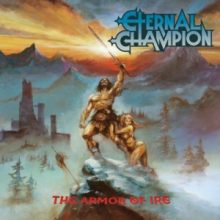 Eternal Champion – I Am The Hammer

[Album: The Armor of Ire]

What is old becomes new again. Unlike pretty much everything new in heavy metal genre that sounds so boring and uninspired, these guys from Texas are truly amazing. The opening track I Am The Hammer from their killer debut album takes you on a nostalgic journey back in time through the glorious days of this sound. Crunchy and melodic riffs, the sing along chorus, killer vocal delivery and the overall atmosphere strikes you directly in the face and get stuck in your head for days. Don’t miss this if you claim to be a fan of real Heavy Metal! 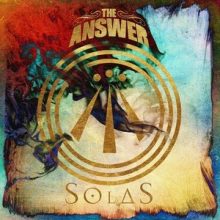 Beautiful World by The Answer might be the piece that I heard the most times in 2016. But, you might think, the record was released in October. Exactly! What fascinated me from the first moment was the oriental intro with a great voice, the heavy riffs which surround one of the best guitar solos I’ve heard for a long time, the simple and pounding drumming, but above all the sense of optimism it left when it ended. I recommend it to anyone looking for a bit, to give him motivation when he starts the day. 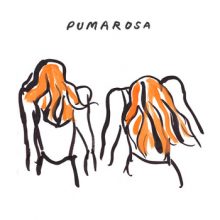 Is it post punk? Is it shoegaze? Or would it be better to simply characterize it as dance indie rock? Cecile, the song by the Londoners Pumarosa, defies our usual stylistic boundaries, combining the darkest moments of Cure, the arousing rhythm of LCD Soundsystem and an element of roughened free jazz. The voice of Isabel Munoz-Newsome, although equally influenced by Siouxsie Sioux and Kate Bush, bears a strong personal stamp, bringing intensity, passion and a ceremonial atmosphere.

Seize the opportunity to discover Pumarosa, one of the most promising and fresh bands of the indie / alternative rock scene.