The number of new releases is such that some of them inevitably fall through the cracks, be it because of the poor promotion or because they were released in the beginning or at the fall of the year. 2016, an average year -as generally admitted- with regard to quality, was no exception. Yet, it was verified once more that the off-mainstream scene is doing more than fine, delivering exceptional albums and featuring new-founded bands that pose no restrictions on their art, in a time where DIY has become the rule and is no longer the exception.

Out of a bunch of overly interesting records that for XYZ reasons were not presented through our site, I picked ten that deserve the attention of prog fans and their presentation takes place according to the date of their release from the beginning of 2016. 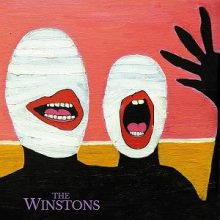 One of the most impressive debuts and probably the best Canterbury prog rock release of 2016 is the self-titled album of the Italians, a trio that revives the 70’s thrillingly well with enviable dynamism casting aside the electric guitar, no less. The experimentation is mature, the production stellar, the 60’s pop top notch and the psychedelia they choose has a beat disposition but also extreme acid locution that nods to the Japanese scene (there are two songs in Japanese written by Gun Kawamura who designed the artwork too). Calculating the fact that the album is also a grower, it is a must-have for every collector and most notably for Canterbury freaks. 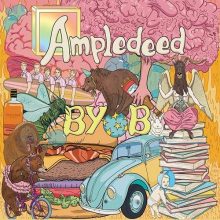 Three years after the impressive A is for Ampledeed, the trio from LA strikes back with the more ambitious Byob, having roped in many special guests. The inspiration is soaring high and coexists harmonically with a plethora of heteroclite components. Unpredictability, which is all over the place, plus the melody that flirts constantly with humour, to such an extent no less that the sleeve falls short of giving a mere hint, are Ampledeed’s trademark. An inexhaustible record with a provocative and solid prog view from every aspect. I just missed the Canterbury feeling of its predecessor, which I hope will resurface in the future. 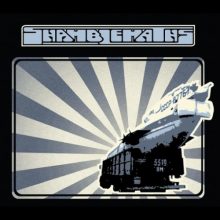 Shamblemaths is a duet from Trondheim, Norway and this is their debut which is highly unlikely not to strike a chord with a progressive rock fan. It is evident that the band members Simen Ådnøy Ellingsen and Eirik Mathias Husum love complex structures, rhythmic changes and assorted prog cliché, with phraseology ranging from Univers Zero’s dark avant-prog to the more melodic style of Flower Kings, with a good dose from Canterbury, heavy and symphonic prog or even zeuhl or jazz-rock. The veil of Scandinavian melancholy that envelopes all three compositions infuses an atmosphere of mystery to Shamblemaths’ solid progressive rock which offers its hand to devoted prog researchers. 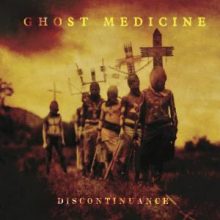 This is maybe the oddest out of these ten albums since it balances between assorted styles and soundscapes, ending up being rather neutral and quite interesting. This is modern, unaffiliated melodic heavy prog with twin male-female vocals. The rhythm section is impressive, consisting of the talented Scott Prian on drums and the one and only Colin Edwin on bass, yet what singles Discontinuance out is, beyond any doubt, the astoundingly ingenious guitar playing (electric or acoustic) of Jared Leach. Every time that the 11-minute title-track epic comes to the end, you can’t help but think this is a solid promise for the future. 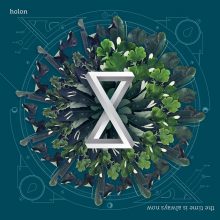 Holon – The Time Is Always Now

One more debut album coming from Trondheim, courtesy of the creative vehicle of Ronny Pedersen who worked on this material the last ten years till it came to fruition. With the contribution of exceptional musicians like Ketil Vestrum Einarsen (Jaga Jazzist, White Willow – flute) and Lars Fredrik Frøislie (Wobbler, White Willow, Tusmørke – Hammond) plus Rhys Marsh’s impeccable production, The Time Is Always Now flaws effortlessly, even though it goes through various in-between stages before it is bookended. The atmospheric and relaxed mood seldom fits in so perfectly with progressive rock, which in Pedersen’s occasion is more of a singer-songwriter case.

The prog fans have committed Témpano to memory mainly because of Atabal Yemal (1979), where they “prophesied”, in a sense, neo-prog before it came to birth. Nowhere Now Here is their tenth and counting release for the band from Venezuela and it has everything one could ask for: one of the top symphonic albums of the year where the jazz parts are abundant on occasion. Leaving space to the keyboards results in a less-than-massive sound which is compensated by melodiousness according to the British 80’s standards and showcases all of Témpano’s impressive technique in their well-crafted compositions. 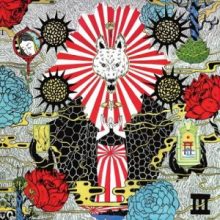 Four years after the beloved Quetzalcoatl, Corina come back striking out for more instrumental RIO and chamber music song structures, without meaning that zeuhl that characterizes them has been topped off the throne. Personally, I miss Quetzalcoatl’s extreme vocals which here are evidently diminished, but the development of the themes both in Tsukutomi and Amaterasua is, if anything, splendid and Corima’s come-back is a triumph, especially in a year like 2016, that was in short supply of avant-prog releases as a whole.

I am mystified how the work of this Swedish band escaped my attention which rightfully deserves, even though it was released a few months later than Allas Sak that enthused us last year. Häxan is, in essence, something like a soundtrack for Lotte Reiniger’s animation The Adventures of Prince Achmed (1926). The background that the mellotron provides is sheer delight, the psych / space atmosphere is charming and the prog touches are masterly till the explosive Andarnas Krig, where Reine Fiske literally set his guitar on fire with his pyrotechnics. Häxan justifies its title (häxan means “witch” in Swedish) with its mystical atmosphere and it is an ideal soundtrack for our nights. 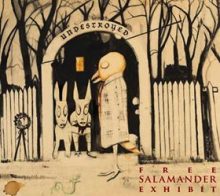 Free Salamander Exhibit is the natural follow-up of Sleepytime Gorilla Museum since their split in 2011. There is a bunch of differences between the two bands; the most important is Carla Kihlstedt’s absence but also the investment even in purely avant-prog rock (and not metal as a rule) forms, minus the overly pompus style of SGM, most of the times at least. The interest reaches its peak on the second half of the record, most notably on Oxen of the Sun that bookends it. Even though the band has not yet crystallized its style, Undestroyed is, at any rate, a new experimental kickoff.

We were impatient about the fourth album of the Swedes, which makes perfect sense calculating the facts that their three previous releases were a beauty and also five long years intervened since Glue Works. Sersophane was released on 16th December and this is perhaps the only reason that it was omitted from the annual album chart of Progrocks.gr. The experimentations of the band from Stockholm are once again outstanding, a feat so seldom achieved. The orchestral grandeur and the seminal structures of Sersophane, Fort Europa and Channeling The Sixth Extinction reward our patience, whereas Konstruktion lays claim to the best album opener for 2016.