The debut album of Soft Power (our reviews here) was more than just a pleasant surprise for us. Given that little is known about this band from Finland, In A Brown Study was the perfect reason to talk with Mikael Jurmu, the leader of the band and mastermind of the music of Soft Power.

First and foremost, congratulations on your debut album Mikael! It is one of those that impressed us most so far this year, especially because it is your first full-length release. Seeing that it has been some time since it was released, are you satisfied with the final outcome and to what extent?

Thank you very much, it’s nice to hear that you liked the album. It took us a while to get it done, but yeah, we are very happy with it and it turned up pretty much exactly as we wanted it.

If we are not mistaken, the band was founded in 2013. In what way has your style been developed since then?

Yeah, it all began in 2013 when we gathered together as a group of people who didn’t have any active projects going on at the time; we were just jamming without any special intention, just played around with different styles and didn’t try to pull any specific style. 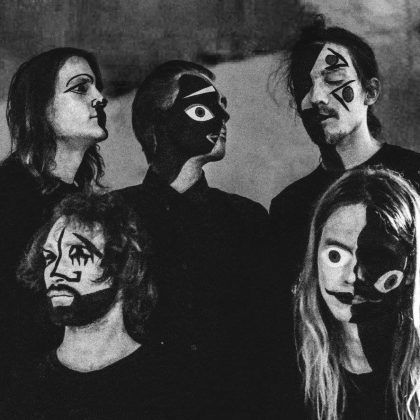 When we booked our first gig we gathered all the good ideas together and made a setlist and after that it’s been liked that. Our style is very variable, it depends on what we’ve been up to lately, what kind of music we’ve been listening to lately and whom we got in our group as a guest musician. We are pretty much an instrumental band, but we had vocalists or spoken parts from time to time at our gigs.

Your music, as it becomes evident on In a Brown Study, encompasses many and different elements. Which of them were a conscious choice and what are your main influences?

All the elements and songs came very naturally. The whole album was made between our gigs and all of them were much different to what you hear on the album. Our music encompasses many different elements or even styles and that’s only natural for us. We got people who came to our shows from time to time during the recordings of In A Brown Study, which lasted two and a half years, saying “it’s nice to come and see your show because you can’t be really sure what’s coming up next”.

By that time we were heavily influenced by Scandinavian psychedelic rock and jazz.

Listening to your music, we form the opinion that the jazz and folk elements are incorporated into your music in a genuinely natural way. To what extent are your origin and your musical education responsible for that?

We haven’t got any education as musicians. I think we are the kind of people who pick up anything in view and try to get a sound out of it. We just bought an instrument and learned how to play it. Obviously, we’ve been listening to music a lot! We all have a bit different taste of music, but it’s working pretty well. I think everyone can learn a lot about jazz and other music genres just by listening to them and then trying to play different themes or what you have heard, you don’t necessarily need education.

And I think that if those songs on the record were played too well, then they would not sound so good.

On your debut album, the soundscape you have set is like an idyllic scene, somewhere far beyond the routine and stress of big cities. Was it an evolvement you targeted for? As a rule, is it enticing for you to detach yourselves – be it imaginarily – from the stressful reality or do you choose to face things squarely and take things as they come?

Yes, you got a point there. I think that every now and then you have to take yourself in a different mood and it’s good that it takes time to get things around the album done. That stuff has been recorded and listened to in many different moods, places and times of the year. I listened to the songs during the mixing in different places with my headphones and traveled a lot in spring and autumn. I think that music always sounds differently according to the mood, so you have to be very aware of that.

The cover of the album is adequately abstract. What does it represent for you and how did you settle on it? 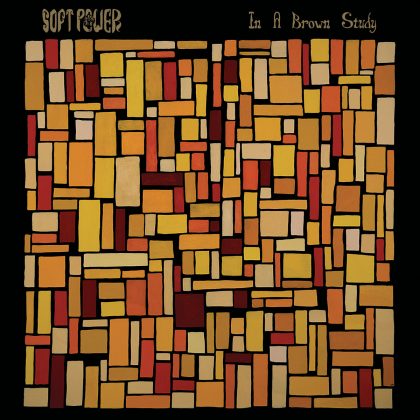 The cover is a painting of our sax player, Lauri Vertanen. It was immediately clear that we wanted it to be the cover of our album. It’s got rhythm and static which is pretty meditative like our album.

The first half of In a Brown Study is more calm and ambient, whereas it becomes heavier as the album goes on, making allusions to the band’s name. I guess this was far but incidental. Which side of the band represents you best today (or even your future)?

I must say it is indeed obvious that the album was split as you said; it has two different sides.

I think on our next album we have more songs of the same kind as on the A side on In A Brown Study and even more jazz-rock stuff, we got two saxophones now. So it’s more melodic, with more harmonies and a bit more complicated. We also have piano in our live setup, so maybe it’s more piano-based stuff. But like on In A Brown Study we like to play heavier stuff with a prog vibe, I mean really long songs. I think the next album could also be a double LP, but let’s see how things will turn out.

When it comes to songwriting, what is the procedure you are following? Do you develop an idea presented by one of you, do you jam to your heart’s content or is it both of them to some degree?

Well, on this album the background and the structures were recorded with all of us playing live and afterwards I did quite much overdubbing, which created the melody lines and drama for the songs.

Our new songs have the same concept, but they have been played more, therefore they sound complete before recording and I think there may be some songs that will be just recorded live with no overdubs. Usually, the songwriting is based on us playing around the themes that someone has in his mind or we have two good themes and try to splice them together.

When you chat about bands that you have listened to in private or group listening sessions, which groups and artists do you collectively hold in high esteem?

My all-time favorite band is Pärson Sound. That’s what we dig a lot. We also like spiritual jazz such as Alice Coltrane and Pharaoh Sanders and modal stuff. And of course we like Finnish musicians like Eero Koivistoinen and Edward Vesala.

Finally, prog stuff from 60’s and 70’s and some modern psychedelic music are always inspiring. 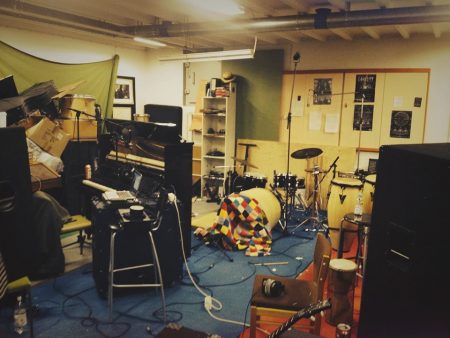 Given that your music is vintage, are you influenced by the modern rock scene and if so, name some bands.

Yeah, all the time. We have some very good Finnish bands like Kiki Pau, Octopus Syng, Black Lizard Malady, just to a name few. Also Sweden has Dungen, Flower Must Die and Hills, the UK has Fuzz Club and Cardinal Fuzz. There is King Gizzard and the roster of Flightless Records, The Myrrors and Kikagaku Moyo, such great contemporary psychedelia…

To what extent is it feasible for someone to earn their living in Finland, and in Scandinavia as a whole, by playing music, especially when it comes to music which is far from the mainstream, as yours?

Well, it may be possible, but we are not interested about the money and music combination. Of course when you release your music by yourself, you wonder how much it’s going to sell or how it should be done. But we have our ways to earn money without putting too much pressure on that, especially when making music.

The blooming of 60s / 70s psychedelic and progressive sound the last few years in Scandinavia is one of the most remarkable things that takes place in rock in my opinion, since new noteworthy bands with distinctive style emerge. How do you experience the whole situation?

I think the situation is pretty good. You can find great new bands from Scandinavia and elsewhere which are very aware of their country’s music history and they pick some good elements from the past and use them very cleverly in a modern way.

I think there are really great bands and artists, but one of our biggest differences is that they can get their album released in a totally different country from which they are based now.

Have you already worked on new material for your second album? What are your plans for the immediate or long-term future?

Our new album is in a pretty good shape. Some of the songs are ready while some others are still a work in progress. We are going to play a few gigs here in Helsinki and try to get the new album done by the end of this year. No plans further than that.

Thank you very much indeed Mikael! We can’t wait to see you in the flesh when you play live in Greece. The last words are yours.

Yeah, that would be awesome! Thanks for the chance to talk with you and everyone enjoy autumn, it’s going to rain up here in Finland soon.

Soft Power – In A Brown Study