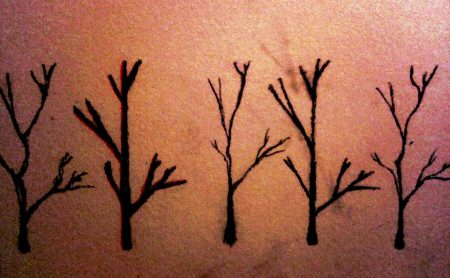 The musical group Yianneis is a multifarious and extreme artistic case with regard to expression and performance. They got together at the beginning of the decade and made sure from the get go to make their appearance felt based on their individuality and their uncompromising vision. Aside the fact that they combine in a unique way (theoretically) diametrically opposite styles, they proceed to adapt their work theatrically –be it in the studio or on stage– in front of speechless audiences as they were witnessed in assorted Greek venues.

This is because of their extraordinary playing skills and the automated interactions between the musicians who thanks to their different background, culture and education achieve to keep the whole venture coherent. Nikos Zades on the keyboards, Dimitris Petrakis on flute, Nikitas Kissonas on the guitar, Ilya Algaer on the double bass, Aris Kallergis on the drums and of course the actor-frontman Labros Filippou who utilizes his acting facility to widen further the expressive palette of Yianneis.

Their future is uncertain after the release of their second album. It remains to be seen if and when they will come back. The only certainty is that whenever they decide to do so, they will take us by storm once more.

Six years after the release of their debut album, we finally have the chance to engage ourselves with the band again thanks to their new work simply entitled No2. The recipe remains unaltered and the production reflects satisfactorily the musicians’ potential and talent. Τhe best part of the material is already known to those who lucked out to witness the band in the flesh in one of their gigs, but also at TV shows. It could well function as a complete unity and in spite of the multifaceted development of the songs, a coherence in dynamics and musicality is maintained throughout. There is plenty of time and room for every musician to put forward his parts, be it musical themes or solos. Essence is in abundance here and they are economical with their ideas, leaving outside exaggerations and unnecessary “derailments”. Due to the innovative nature of the band, moods come and go and lyricism, melody, outbreaks and energy work and they are also performed successfully. The surreal lyrics and Filippou’s prose result in a certain peculiarity and eccentricity. Nikitas Kissonas has a role unlike any other he has been commissioned so far, with beautiful guitar runs and climaxes which along with the flute make their prog background plain. The “fluid” and colorful playing on the bass by Algaer is in step with the well-structured rhythms on the drums upon basic patterns and forms. Nikos Zades on the keyboards and the samples is discreet, but also right-on-spot and precise at times and his presence is indispensable in the atmosphere of the tunes when necessary. Most remarkable moments are 11, Formal, What is this my Love and the wonderful Τrapped.

Studying carefully their growth up until now and at the same time hazarding a guess about their next move (if any) we could safely tag them as avant-rock to concisely describe their music. It would not be far-fetched to state that they could participate in similar festivals abroad and steal the show as they have already done on Greek soil. But it takes to be consistent with regard to their timeline of releasing albums, more freedom should be granted to the musicians and a more solid production would work wonders because talent is abundant here, no two ways about that. For the time being, all we can do is relishing their music, although it took them some time to complete it.

It is apparent to me that the album was made by talented individuals who did not really function as a group in the process. Occasionally it sounds like a random collection of songs forcedly bound together and recorded at different times, different places whereas the compositions and the sessions appear hastily put together. I could not help but notice that the rhythm section appears weaker in the beginning and becomes tighter as the album progresses – both in execution as well as in recording quality. And of the record itself, it is suggested that the listener approaches it as a single piece of work. Alas, I feel that it is comprised of two distinct parts, the second – starting with Formal – being somewhat burlier and solider while the first is struggling. Αt this point I would like to take the chance and give props to the versatile guitar work, the text, the pleasant vocal harmonies as well as some strong moments but these have not been able to uplift the album. At least not for me.