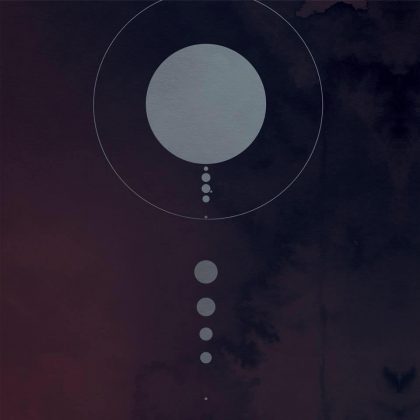 It’s been several years since TesseracT were considered by many as the next big thing in prog metal. Four EP’s, three studio albums and one live album after that, this year’s Sonder is the first consecutive release of the Brits with the same vocalist (that’s Daniel Tompkins who also sang their debut, One, released in 2011).

The question regarding the fourth full-length album of the band is whether they justify the expectations of all those who had invested on them and also if the characteristic freshness of their sound is still here, 11 years after their first recording.

Modern progressive metal at its best

Two years after the very good Errai EP, TesseracT return with a new album and this time they seem to be in very good shape. Their latest album (Polaris) was full of rather typical djent with rather thin sound; thus it did not stand out and sounded a bit “little” for the band. The sound experimentation that began with their previous EP continues in Sonder and now TesseracT have developed their songs better and made better use of ambient sounds in their music.

TesseracT have long abandonded extreme vocals and the heavy Meshuggah-style djent of their first two albums. Today they’re a progressive metal band that builds its songs around a melody and not a technically difficult rhythm or some catchy syncopated riff. Besides, in Sonder they use a choir for the first time in some of their songs and this gives a new dimension to their sound, which in any case had the vocals in leading position. Musically it seems closer to the sound of their EPs, especially Perspective, i.e. a mix of progressive metal with djent, including elements from math-rock and ambient music, all perfectly played with seminar production, bulky and clean, as it should be. The album does not have any ups and downs and is quite uniform in style (maybe Luminary is very pop, but it still is a nice song) and this makes it easier to listen to, but there are tracks such as King, the most extreme in the album, Mirror Image (the most dreamy and my favorite) and Juno (the hit in the album) that stand out.

With their fourth full-length studio album, TesseracT justify the whole “fuss” that had started when they first appeared. Today the band seems to have decided on the way they compose music. Some may be displeased by the short duration of Sonder, but I believe that this type of music tires the listener when it becomes rather lengthy. Overall, Sonder is a melodic, atmospheric, modern progressive metal album, faithful to the character of the band. A record that I will certainly include in my top10 list of the year.