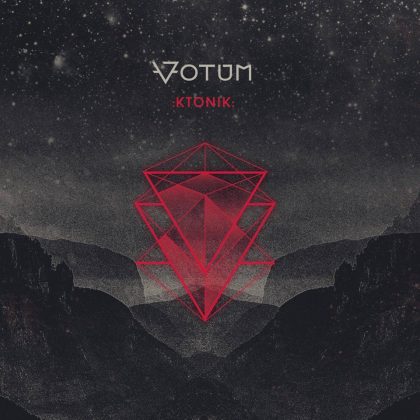 The Polish tradition in the prog scene is far from negligible. The modern prog rock / metal scene of the country is perfect proof with bands like Indukti, Believe, Osada Vida, Joseph Magazine, Division By Zero, Disperse, Millenium and above all Riverside. Votum are a respectable part of this scene and their ambition is their recognition in this very strong group of bands. Their debut Time Must Have a Stop in 2008 was an important step in this direction and caused excitement to many in the prog rock / metal scene, when it was released. Metafiction (2009) continued in the same direction, while with Harvest Moon (2013), they became known to a wider audience.

The atmospheric prog metal of Votum is characterized by musicality and high sound quality and technicality, influenced by Porcupine Tree, Opeth and particularly by their compatriots, Riverside. This year: Ktonik: finds them more mature, more alternative and ready to differentiate themselves from their influences. But do they succeed in doing so?

In: Ktonik: we will hear familiar elements pertinent to the intellectual and atmospheric progressive metal. The opening Satellite already indicates what will happen through an atmosphere framed by heavy riffs and keyboards and a massive sound. The first taste of Ktonik gives me the feeling of a doom version of Riverside. It is almost a given that the huge international success of Riverside affects the rest of the Polish bands.

Votum, like their mentors, emphasize atmosphere which they make sure to inject with dynamic interventions either of the interesting voice of Bartosz Sobieraj, or with more powerful guitar themes. The tempo therefore, is medium to low. The architecture of their music is carefully thought-out and it is true that you may be engrossed by their musical atmosphere.

Moving on to the musical component, the keyboards enhance and in many respects define broadly the atmosphere and the surrounding feeling, while the basslines along with slow riffs give this mysterious doom sensation mentioned above. And all this in compositions running, on average, for 5.5-6 minutes. The lyrics, which deal with human emotions and psyche, try, in turn, to connect and envelop the musical edifice. On the whole, I would single out the compositions Simulacra because of the faster tempo, Prometheus with the memorable bass and guitar prog riffs, the emotional Blackened Tree and the more introverted Spiral.

However, there are flaws in this attempt. Initially, there is no great variation in the pieces themselves, something which may cause boredom. Additionally, a faster tempo might be necessary to keep the listener alert. But the main objection is to the musical identity of Votum. I would say that we are not talking about a simple integration of influences, but a dominant depiction of a central influence. Although the doomier points parts muddle the waters, I do not observe a personal musical style, the distinct differentiation that will make the prospective fan attach importance to them.

Due to the music capacity of Votum, there’s no question about their technicality, but this is not enough. They certainly can, and I hope they want to escape from the shadow of Riverside. In this case, they should not swear to their god (the meaning of their name in Polish), but to their potential.

With : Ktonik:,  Votum deliver an blend of  atmospheric progressive metal with many alternative elements, reminiscent of heavier Riverside, TesseracT, but rather bring  to mind Cog, with a heavy metal sound. The songs have the necessary duration to develop ideas, but do not actually impress, with Greed, Prometheus and Horizontal standing out. I consider the production as a disadvantage of the album because crisp and clear though it may be without “burying” any instruments, to my ears it’s a little weak.