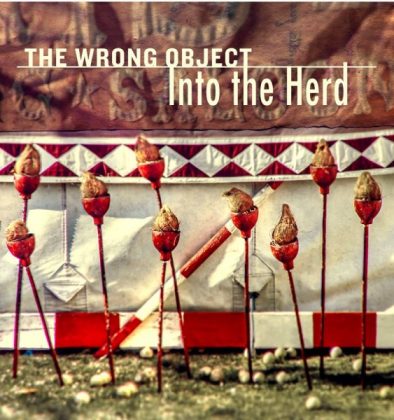 Wrong Object’s come-back to action six years after the fabulous After the Exhibition is totally good news for jazz / fusion-prog fans and more specifically for the Canterbury-inclined listeners.

Truth is that consistency in the underground scene is not an easy task and sometimes things come upside down. Here, the criteria are strictly of artistic nature, leaving aside the commercial ones. What is at issue is, as always, inspiration and in the case of Michel Delville’s band the bar is pretty high, exactly where After the Exhibition set it.

Twice an accomplishment is no coincidence

Even though the afterglow of listening to After the Exhibition is hard to diminish, the inundation of new releases the last six years did its bit to push out of my mind, even temporarily, the status of the Belgian progsters. The release of their new album put things back to normal and the first listen was almost as unexpectedly pleasant as the quantum leap was in their previous album. Zappa Jawaka had indeed intervened in 2018 but an album with brand new material is a whole other ball game, particularly if this material is of the caliber of Into the Herd.

The first pleasant news is that the line-up that charmed us in After the Exhibition is unaltered and the chemistry developed between the musicians becomes obvious right from the starter that kicks off the album in a dynamic and mysterious fashion with the twin saxophones of Melia and Lourtie in the lead and Delville’s guitar adds, as always, delicate and sophisticated melodies. In the same, more or less, avant-prog context, but with a more fusion slant, continues the song A Mercy which is more melodious and almost hypnotizing before the explosive start of Rumble Buzz which doesn’t take a long time to become more narrative in style courtesy of Mottet’s bass-line and the Canterbury saxes. The merciless prog riffing, a trademark of Wrong Object, carries on as impressive and unpredictable as before in Another Thing, one of the most adventurous tunes in the album, where Guenet’s keyboards (in the vein of Rick Wakeman) and Delville’s wayward rocking solo interchange impressively before the third, saxophone-driven part comes in. Filmic is one of the best cuts of the album. It is the ideal recapitulation of how the six musicians coalesce into a multifarious Canterbury jazz-prog apotheosis .The enticing slow jamming of Mango Juice with the magnificent Canterbury / avant-prog melodic ending and the jazzier Many Lives (which is probably the album’s weakest song, even though listening to it makes this statement sound laughable) take us to Ship οf Fools which is one more illustrious prog / fusion example with the characteristic 70s British sparkle where the rhythm section of Mottet/Delchambre is totally impressive and the solo of the leader Delville at the end of it simply stunning, just like Psithurism that bookends the album in a lively manner.

The reasons why Wrong Object impress us are, on the one hand, that the recipe of their music is masterful in balancing vintage prog rock fusion, avant-prog and of course Canterbury jazz / prog and on the other hand their performance bristles with inspiration and –most important – sincerity. Within this frame, we should ladle out congratulations to the six musicians and of course to their leader Michel Delville who is primary responsible for the artistic achievements of the band, besides being a highly interesting guitarist.

Granted, there are no tunes in Into the Herd which are trailblazing or that go easily into the head and it is not the best in The Wrong Object back catalogue, yet the fact alone that an issue like that is on the table is a testimony to its quality. The maturity of the music and the amazing consistency the band shows in songwriting is hard to come by nowadays. The sole unfortunate thing about Into the Herd is that probably will go unnoticed from the majority of those who could appreciate its worth, as it did happen with After the Exhibition.

Mastermind Michel Delville and his squad have accustomed us to artistically impeccable releases during the twelve years of their existence. Consistent on maintaining the successful formula which they reinvigorate from album to album, this time they enhance it with new and contemporary elements and align it with the current era which is in dire need of novelties and new directions. Six years since the wonderful After the Exhibition they come back with Into the Herd which makes plain right from the first listen that they are in a compositional purple patch; imagination comes in no short supply when developing their ideas and maturity permeates their improvisations. The frenzied outbreaks that nod to Frank Zappa combined with melodic and mature Canterbury additions are in balance and lay the basis and glue together the elements of their style as a whole. The tight performance, the tone, the exemplary production that illuminates the band member’s skills, or even the track listing are well taken care of down to the tiniest detail and with a sensible flow. Filmic, Ship of Fools, Psithurism are the pick of the bunch in an album that is impulsively considered as one of the top releases of 2019.