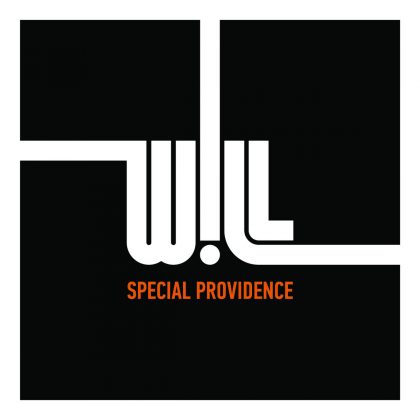 Special Providence, despite the young age of the members, was formed in 2004. This year’s fifth album of their career follows Essence of Change (2015), Soul Alert (2012), Labyrinth (2008) and Space Café 2007). Throughout these years they managed to tour or share the stage with well-known prog acts such as Dream Theater, Pain of Salvation, Steve Hackett, Spock’s Beard and also appearing in a series of prog and jazz festivals around the world. The special interest regarding them is the country of origin of the quartet, Hungary, which is not famous for its music scene, especially in the broad prog genre. Will is an instrumental album that claims the attention of listeners and its own space among a variety of other instrumental releases. The band’s style is a combination of progressive rock / metal with jazz / fusion elements.

The necessary element of surprise is absent

The opener, Akshaya Tritiya, is an interesting mid-tempo composition where the influence of Dream Theater and their projects (Liquid Tension Experiment most of all) on the Hungarians’ music alongside a potion of Tribal Tech filtered through ‘sharper’ aesthetics. In the compositions that follow, the speed is increasing. Admirably sophisticated solos that move close to the sound of John Petrucci, turn the attention towards atmospheric jazz wedges and forms balancing between prog rock, progressive metal and jazz / fusion. In the flow of the album we also find a few djent complementary elements.

As the album rolls, surprises are reduced, uniformity takes the lead, and the sound becomes more predictable, without missing some extraordinary excitements. Special mention should be made to the sound of the keys that have a positive contribution throughout the compositions, giving them an electronic mood, exemplified in the excellent Slow Spin. If I had to distinguish a certain presence of a musician, it would certainly be that of the keyboard player.

The sound of the drums is what brings forth the metal element more than any other instrument, assisted by the clear production that allows this obvious intention of the Hungarians for a more aggressive approach. The bass lines are superb, although I feel that the bass is a bit down in the final mix.

The album closes with Distant Knowledge where the good ideas, the obvious momentum and the technical capabilities of the band are ideal, leaving many expectations for the future.

Special Providence believe in their capabilities. They are all excellent musicians, but of course this is not enough. The duration of the album is over 52 minutes, which I personally think is a lot for an instrumental album, especially when the really good moments ‘struggle’ to be heard between the compositions. Something shorter, more focused and concentrated on their good ideas would have a better effect. It is worth noting that, apart from their very first album, Space Café (in a more jazzy / atmospheric style), the rest do not differ significantly from Will.

Special Providence is an instrumental progressive metal band influenced by Animals as Leaders (on their first album), Dream Theater and Tool, while some influences from Haken’s recent works are obvious. The absence of vocals seems to me to be a compromise rather than just a choice in their case. The presence of a singer I think will raise the level of the final result, but in any case their work is satisfactory enough. Their technical training is indisputable, there are interesting melodies in the majority of tracks, while the flow of the album and the consistency between the songs makes it possible for the listener to watch it. The djent influences on the pieces give the necessary dynamics, while the melodic spots dominate the tracks and create interesting contrasts. Although I’m not a fan of the instrumental album in this genre, this release has been pleasant to my ears and I think it’s a remarkable album for every follower of progressive music. I think this is a promising band that has not yet reached its peak.