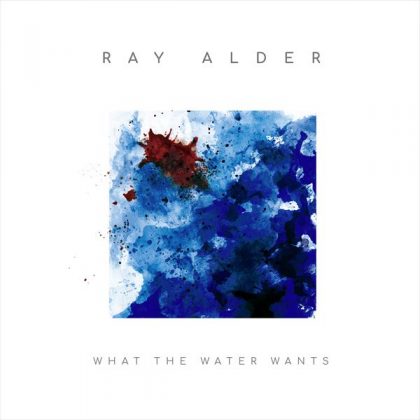 Almost all of us at Progrocks.gr have a soft spot for Fates Warning, mainly because of their consistency, qualitative stability and high level of aesthetics. History has shown that even the solo or side projects of FW members are at least of great interest and some may even override Fates’ own material (some people say that seriously).

The debut solo album of the band’s legendary singer Ray Alder couldn’t be overlooked. With his Fates bandmate Mike Abdow and Tony Hernando (Lords Of Black, Restless Spirits) on guitars and bass, Craig Anderson (Crescent Shield, formerly Seven Witches) on drums and Simone Mularoni (DGM, EmpYrios, Lalu, Sweet Oblivion) in mixing, What the Water Wants is set to be a brilliant moment for modern metal.

Let the music take you to places only seen in dreams

As a huge fan of Fates Warning I was very excited when I heard that Ray Alder was going to make a solo album, the first in his entire career so far. Ray surrounded himself with a distinguished group of musicians Fates Warning’s touring guitarist Mike Abdow, bassist / guitarist Tony Hernando of Lords of Black and drummer Craig Anderson and decide to made something truly unique and completely different from his work with FW, Engine and Redemption.

What we get on What The Water Wants is a sophisticated collection of songs that blends many musical styles and is a raw, introspective look at the emotional roller coaster ride that Alder’s life has been for the past 30 years. Ray sings his heart out in the album. He can’t hit some high notes and aggressive tones from his younger days but he is still a technically great singer who transmits a lot of emotion into his vocals and this album feels like the most inspired one regarding his voice and overall memorability.

The album is full of diverse music, well-written sentimental lyrics and catchy hooks. The song structures are not so complex, there are plenty of atmospheric parts, the guitar sound has warm, bright and well balanced tone. What the Water Wants spread the familiar Alder melancholy, enveloped in great melodies, versatile arrangements and a dreamlike mood. The opener Lost is obviously influenced by Queensrÿche, both musically and vocally. Great guitar work by Abdow and the overall Fates Warning mood in Some Days will certainly delight all their fans. The heavier compositions are performed in cooperation with guitarist Tony Hernando. One of them, Shine is the most aggressive tune on the record and it’s more or less in line with what Alder’s been doing with Fates Warning recently. The highlights for me here is Crown of Thorns with a catchy bass line, some electronic gimmicks in the background and a powerful chorus and The Road, an easy flowing, melancholic piece which holds an elegiac prog solo and heartfelt vocals by Ray. The emotion portrayed in his voice left me speechless, almost in tears.

Let me make one thing perfectly clear. What The Water Wants offers nothing new to the music universe but is still the statement of a first-class singer, who has always modestly subordinated himself to a band structure in the past and proves that he is also able to do a lot outside of Fates Warning.

Maybe this release is not prog enough for my taste but it is certainly the most emotional and beautiful I’ve heard during this year. My advice for listening to this album: lay back in your most comfy chair, turn the lights off, put your headphones on and let the music take you to places only seen in dreams.

Ray Alder is giving us his first solo album outside main bands and side projects. It’s an album that is built around the familiar, warm, emotional and strong vocals of his that has heightened the compositions in every band he has been in. As a young vocalist Ray more or less fit the mold of the age with his high end vocal range. As he grew older and his vocal chords got strained by time and abuse, instead of trying to reach past greats, he evolved into a vocalist that puts his heart in the interpretation of the songs. While What the Water Wants focuses on his vocal melodies and therefore having a lot of similarities with FW, there are some pockets of different energy coming from the rest of the cast of the musicians. Most notably the heavy Shine is more dynamic with great guitar riffs, and The Killing Floor being the most well written song of the album with Alder giving the best performance of the album. Overall, What the Water Wants flows effortlessly, almost too effortlessly. The overall, unsurprising nature of the album makes it not exciting to listen to, since there are not a lot of great moments in it.