As I was leaving the almost packed venue of the Temple behind, two impressions were formed in my head. On the one hand, I witnessed in the flesh the group of Sofia Sarri and her partners which convinced both my eyes and ears about its essence and their overall impact as a band on the heels of the promising album Euphoria which came out at the dawn of this year. On the other hand, the potential of another band, Playgrounded, which seems significantly bolstered compared to what the band showcased on its first LP In Time with Gravity (our reviews here). 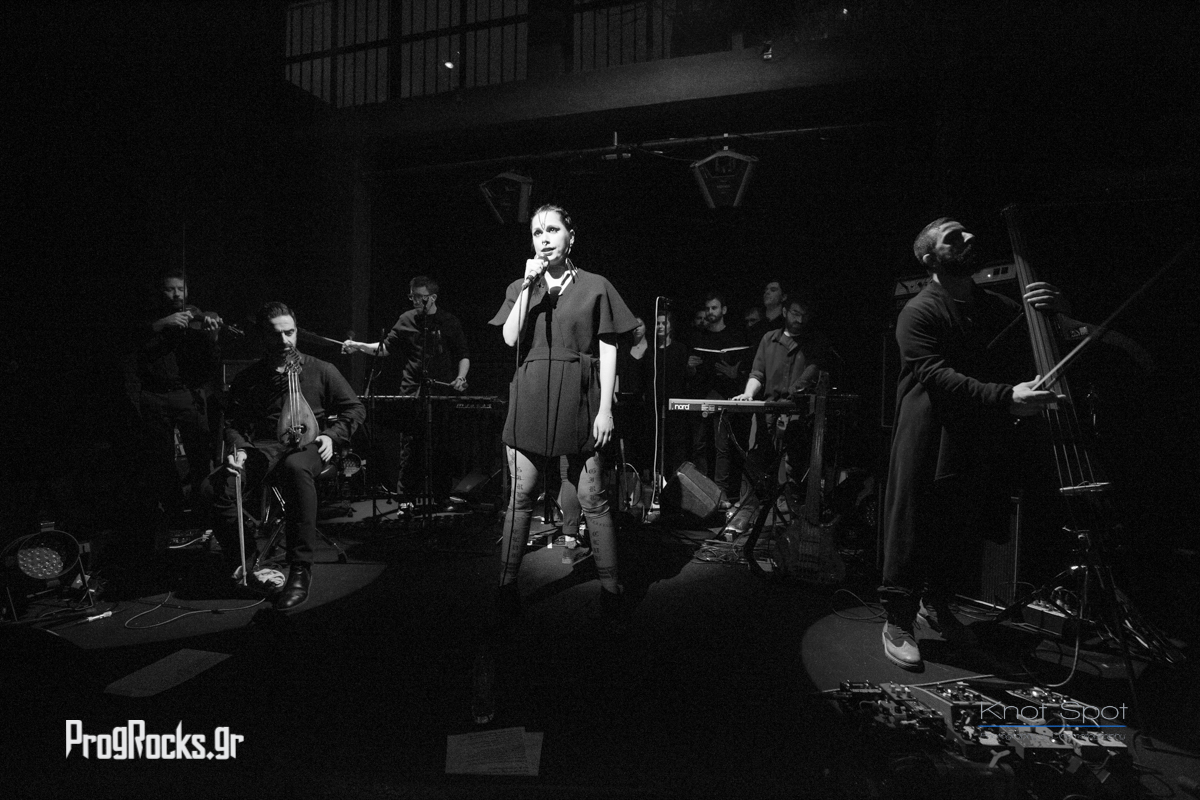 In the case of Sofia Sarri, well-known from her remarkable involvement with Night On Earth in the past and mostly during the 00s, the live presentation of her debut album was particularly theatrical. Herself, one body and soul with the band, looked on stage like a presence which was charting with stoicism and devotion a sonic world where assorted musical styles coexist atmospherically. Classical music filtered through a black metal prism, folk with vistas from western, but also Greek tradition (the Cretan element stands out) and jazz in the wider sense of term interact with post-trip hop electronic and are crystallized into an outcome which sounds ethereally dark. 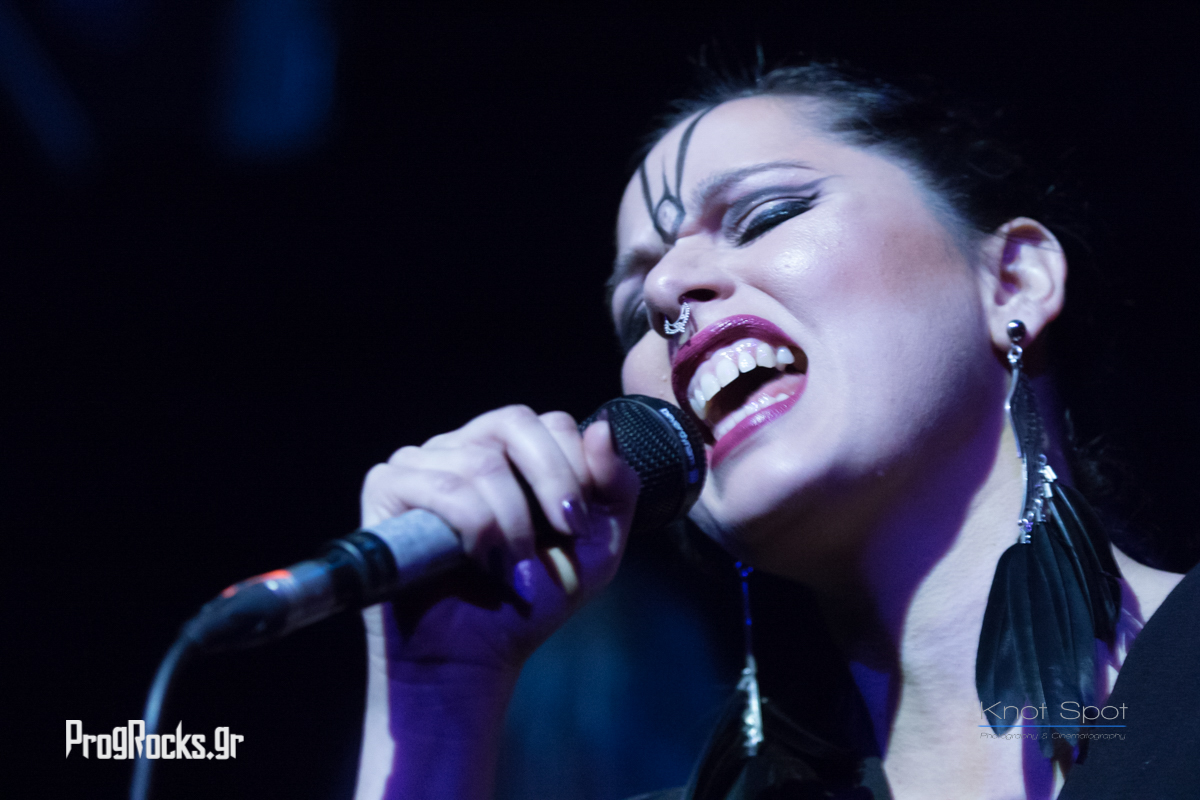 As if in a show of ritual and paganism, the audience was in accord with what was taking place on the stage. The balance between introvert/fragile and dynamic vocals, as well as the spasmodic motions of Sarri, the noir melodies and the eerie vibes that emanated from the synth of Kostas Stergiou (member of Night On Earth), the dusky combination issued by the collaboration of Michalis Vrettas (violin), Petros Lamprides (double bass, bass), George Kontogiannis (Cretan lyra) and Vangelis Paraskevaides (vibraphone, percussion) everything just melted harmonically into the other. If we had to pick a flaw in all this, then it was probably that the choir of the students of Lab Music Education which accompanied the band in a short string of songs (four, if I’m not mistaken) was almost completely drowned out. Aside the material from Sarri’s album Euphoria, Prisons of Night On Earth was also performed, as well as a traditional Cretan song whose title escapes me, amidst a particularly charged and genuinely breath-taking scenery of ritual. 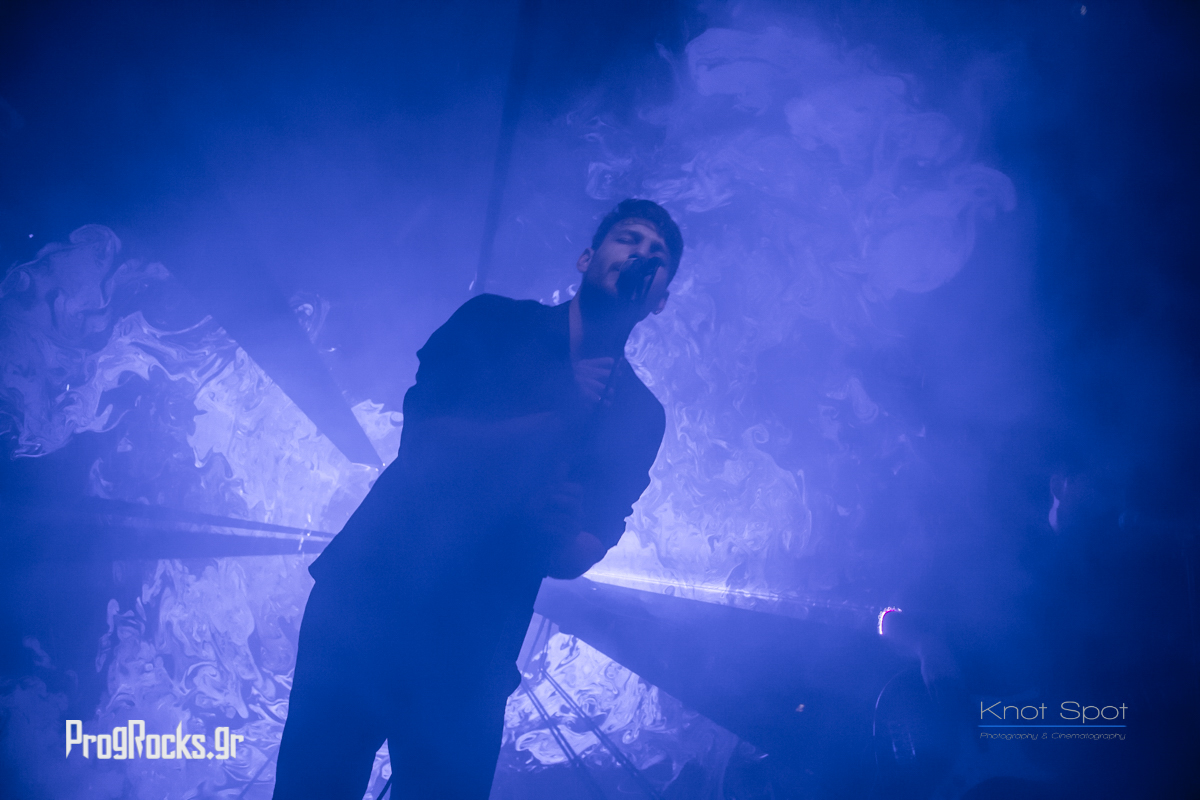 One the other hand, the quintet of Playgrounded that took over re-introduced, in my opinion, themselves to the audience in an unexpectedly impressive manner. Their compositions were gutsier and more intense compared to their counterpart studio versions, a fact which resulted in constant applause from the crowd. Their attitude on stage brimmed with dynamism and power and combined with the somewhat otherworldly lightshow offered ecstatic snapshots of sonic and visual entertainment. We speak of a redeeming performance, be it through the microphone or the distorted guitar, the “huge” frequencies of the bass, the keyboards that spread their bleeps, the melodies and handed them lavishly to the attendees. 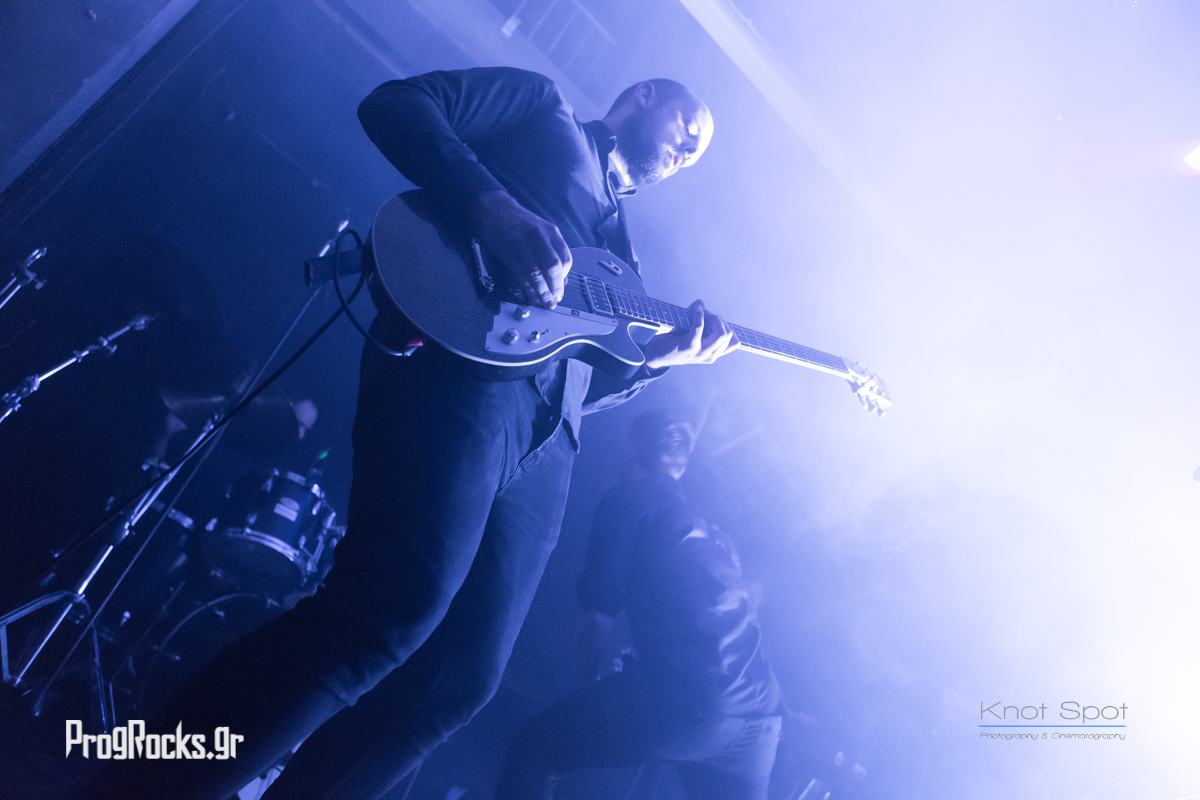 In the melting pot of Playgrounded, the progressive slant of Porcupine Tree with the interbreeding of electronic music and pop, the legacy of Tool and the cathartic harmonies of post-rock, the industrial electro-rock of Nine Inch Nails strike more well-absorbed when the band improvises on stage before your very eyes. It is definitely weighty the fact that they go beyond them and they place them in an outcome which has a reason to exist with a number of extensions. It is a mixture of explosive guitar work, synthesizer-induced ambient and urban soundscapes, groovy rhythmology based on the impeccable communication between the bass and the drums. A train of sonic coordinates that drilled you. Odisseas and Orestis Zafeiriou (bass and keyboards respectively), Michael Kotsirakis (guitar), Stavros Markonis (vocals) and Giorgos Pouliasis (drums) offered a totally satisfactory proposal how their material sounds best before their fans.

The second album of Playgrounded out this October

Playgrounded – In Time with Gravity