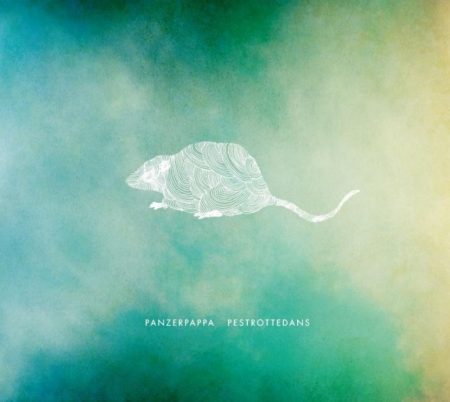 Panzerpappa worthily represent the rich scene of Norway and particularly in a quite peculiar and extremely demanding genre as RIO / avant-prog. Formed in the late 90s in Oslo with key members the multi-intrumentalist Trond Gjellum and Steinar Børve (keyboards / wind instruments), they were flanked at times with notable musicians always in accordance with the respective direction.

Although they define themselves simply as “progressive rock with a friendly face”, their otherwise multilateral imagination inspires through a total of six albums. In addition to the basic impact as Henry Cow, Univers Zero, Samla Mammas Manna, grafted with idiosyncratic touches à la Zappa, the melody of Canterbury often makes its appearance in their music. Somewhere at this point, it is worth mentioning the participation of the beloved Richard Sinclair in the masterly Koralrevens Klagesang that was released in 2006.

This year’s album of Panzerpappa entitled Pestrottedans, released through AltrOck, is perhaps their most homogeneous and coherent release so far, acoustically and as far as orchestration is concerned, and even to the point that the nine compositions could easily be presented as a single suite.

The improvisational jazz outbreaks of the past have given way to a more balanced temperament where the atmosphere as the main cohesive force, binds and exemplarily compacts any changes enclosed or boiled down through reasonable durations. This may be due to the more moderate use of wind instruments compared with their previous works. This new approach does not seem to limit the unquestionable imagination and talent, even though the element of surprise seems to be quite mitigated. The overall performance indicates the integrity, the collective spirit, the devotion to such a degree that renders the need for separate reference to individual musicians unnecessary. Absolutely compact in the right atmosphere and masterful setup, it succeeds in trapping with a sweet sorrow not usually seen in similar bands, especially of this time. From the opening Spadom to Goda Gomorrah the level of inspiration and quality remains high, which may cause the listener to hear the Pestrottedans in its entirety. Barkus i Vinterland stands out slightly because of its particular finesse and class, as perceived by the rhythm, the main theme and the way of development.

In conclusion, Panzerpappa once again generously offer us a remarkable avant-prog work with character, seriousness and dynamics as required by the musical standards of the genre. An important link in their evolutionary course which they formulate with a clear vision while investing in knowledge and past experience. What remains to be discovered is the spirit and the charm of the present album. Suitable for those who have tasted and appreciated the mature moments of Miriodor and Present. Pestrottedans definitely requires multiple hearings, but discovering the special aspects over time, the profit and the delight for the listener is the only result.

By listening to Pestrottedans again and again, we easily come to the conclusion that the Norwegians have managed much more than even the most demanding fan of Panzerpappa would expect. Moving the sound modernization of Astromalist (2012) a step further, they present ideas in much higher density and energy levels, presenting numerous ingenious phrases with variety of style, under very good sound production and orchestration at the impressive levels we’ve been used to for so many years. Pestrottedans is another gem in an enviably consistent discography and an avant-prog album reachable by a larger audience.