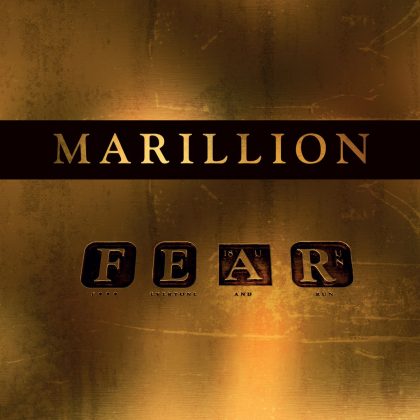 Marillion have a long and very important career, reaching 18 studio albums, which include diamonds – landmarks that defined the neo-prog scene, affecting dozens of bands and a whole generation of new musicians. However, they have always remained a “love or hate” band, even within the circles of their own fans; those who stubbornly refuse to see the whole picture and insist on being divided into camps of the first (i.e. until the 4th album, 1979-1988) and the second period (from the 5th album onwards, 1989 to this day). Pretty underestimated and on the fringe of publicity following their commercial success in the 80s, it was their enthusiastic fans who mostly kept the flame burning, especially in recent years, supporting the thirst of the band members to create, as Marillion proved to be pioneering in the crowdfunding process, broke away from record labels, thus gaining full control of their creations. Therefore pioneers, daring, experimenters, far from following stereotypes, with variations in style and sometimes variations in every album, gifted, adorable, daredevils, ‘gods’. And because I belong to those that have deified them, as this is my favorite band, I could write endlessly about how they are worth it and the respect and appreciation they rightfully won both by the audience and people of the art. Let’s focus now on their latest work, F.E.A.R. a.k.a. Fuck Everyone And Run.

Lost on the way to El Dorado?

Marillion’s choice of an acronym for the title for their new album (Fuck Everyone And Run) playing with the pronunciation of it, (F.E.A.R. = fear), was very interesting and a successful one (they had done something similar a long time ago with Fugazi). Does the f *** word guarantee commercial success nowadays? I do not know what happened, but it seems that suddenly people discovered Marillion! There has been a total blast in the music media, with the band being at the forefront earning dithyrambic reviews for their new album, so this is a further reason for high expectations. While listening to the album, I read somewhere that it is the best album they have released in the last 20 years (!), and elsewhere, that it sounds like Brave (!) (perhaps their best album with Steve Hogarth on vocals)… Get serious people! Even though I am pleased with the fame/ celebrity they have received with anyone that discovers their music for the first time and with words that should have been said years ago, F.E.A.R. is a mediocre album for a band of this caliber, with several weak moments that make the album boring at a few parts.

Both the opening and the closure of the album are indifferent, with all the interest moving in between. Speaking of synthesis, it sounds discontinuous, while the prevailing impression is that parts from older unused material were sewn together. This of course is not necessarily bad, but a comparison with their previous work is rather unavoidable (for example El Dorado: (iv) – F E A R has a strong aroma of Anoraknophobia etc.). Thus, although there is nothing wrong with it, it is something that you have heard before and this is the feeling the listener has throughout the album. As a favorite track I picked out The Leavers: (i) – Wake Up in Music with a catchy melody, which in parts reminded me of the beloved “Berlin”, while I also find good songs El Dorado: (i) – the Gold, which contains a beautiful solo on guitar and The New Kings (iv) – Why is Nothing Ever True? which is quite intensely charged. On the plus of the album there are the lyrics, as there is nothing digestible or silly here. They are crafted with dedication and really deserve our attention. The band though is not in the best form… which makes me wonder… Ian, where are you in this album? The drums can barely be heard. The patterns Steve in Rothery’s guitar seem to be repeated and are not of the high standards we are accustomed to. Steve Hogarth’s voice sounds tired, and without surprises., whereas Pete Trewavas is ok, quite decent in his post. Mark, my warmest congratulations! You have saved the album! Indeed, the work on the keys is fantastic. In fact, Mr. Mark Kelly does all the work on this album. Just, unfortunately, it is not enough by itself for the final outcome. Please, take your time.

After the excellent Sounds That Can not Be Made, Marillion return, more politically active than ever, with a new album unfortunately not worthy of its predecessor. In F.E.A.R. lengthy compositions are dominant, based mainly on the keyboards by Mark Kelly. Although there are some good moments scattered here and there throughout the album, as a whole it is tiring and repetitive. Another big minus is clearly the slack performance by Steve Hogarth. His distinctive timbre and interpretation are truly there, but the listener feels a tired voice passing through the microphone. Steve Rothery’s solos add a fresh breeze of air and could save the situation if he hadn’t kept the best of them for his solo album The Ghosts of Pripyat. Eventually, the situation is partly saved by the last track, The New Kings, which the British legends build masterfully. In conclusion, F.E.A.R. stands decently because of the quality bar name of Marillion. It will certainly please their fans, but in the final assessment of their discography it will take a place in the lower shelves.