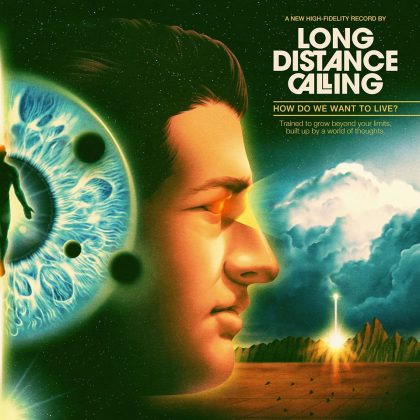 German instrumental prog rockers Long Distance Calling released a video for their song Voices, included in their upcoming album How Do We Want To Live? which will be released through InsideOut Music on June 26.

The band states: “The song has a very meditative vibe and sounds like a soundtrack by LDC. How Do We Want to Live? is a thoughtful and thematic record and it deals with the coexistence of humans and machines. So we are very proud to present you this short movie. We think it’s by far the best LDC video to date and it traces the layered story of a relationship between a human and an AI! Please watch this video carefully, share it with you friends and let us know your thoughts and comments. A little warning at the end: the video contents some explicit parts and therefore it’s NOT for children!”

How Do We Want To Live? will be available as a limited edition CD, gatefold black vinyl 2LP and CD and as a digital album. A limited deluxe box-set will also be released, containing a special coloured edition of the album, an exclusive seven-inch single featuring two remixes, a beautiful poster featuring the album’s stunning artwork by Max Löffler, and four individually signed art-cards all contained in a lift-off box.

Long Distance Calling: How Do We Want To Live?

Here is the video for Hazard, the album’s first single: