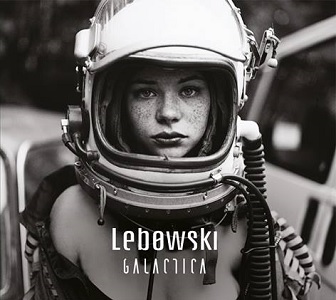 One album in the beginning of the decade and a second one at the end of it! This is pretty much the course of the Polish prog rockers Lebowski. I lucked to write about their amazing debut album Cinematic in the recent feature of the site which had to do with ten important debut albums in 2010. Even though the live album (Plays Lebowski) they put out two years ago did include new material, nobody could think that a new album would come ten years later.

The sole line-up change is this of the bassist; therefore there is no essential difference in the sound of the band, a change that hardly anyone who has listened to Cinematic would long for. Keeping in mind that a distinctive style is paramount in the prog genre, their next move was more than good news. How wrong could it be reproducing such a successful – though not so original – recipe?

When I heard that Lebowski released a new album nearly a decade after Cinematic, I was very excited I must confess. Their debut album made the cut in 2010 due to its peculiar disposition and the beautiful compositions. The fact that it was a double one scored some extra points until silence was spread for the next ten years.

The basic trait of the Lebowski sound is the cinematic flow that the combination of neo-prog, jazz and post-rock is moulded into, a trait honed to perfection in Cinematic. The listens revealed that it is present in Galactica too, slightly differentiated, of course. The common attribute of the nine compositions are the melodies which are the vehicle to explore assorted soundscapes. Tracks like the starter Solitude of Savant, Midnight Syndrome, White Elephant and The Last King are evident of their direction. Guitar riffs, synth runs, plenty of guitar parts, mild –bordering on the lukewarm- jams and scarce changes of rhythm are what characterize Galactica throughout its duration. Barely two or three compositions break away from this specific style, like the atmospheric Goodbye My Joy where the telltale tone of flugelhorn does the trick or Mirage Avenue with the piano runs, the acoustic guitar and the clarinet that render it as one of the most beautiful moments of the album.

Generally, Galactica’s greatest flaw is that their music lacks ‘corners’, namely their musical proposition is polished and follows a fairly straight route. The absence of adventurous moments, the undue long duration of the album and the somewhat flat production turn it into a boring procedure to listen to. Moreover, even repeated listens fail to etch in the listener’s mind an idea or melody since, as already said, almost all of the tracks resemble dangerously each other. Undoubtedly, both technique and performance are of high standards, yet composition-wise they come nowhere near Cinematic.

My judgment is that, given the time that intervened between the two albums, Lebowski could have worked harder and more meticulously on the compositions they intended to include in their new release. Let’s hope that their next move will be much more inspired.

Granted, the years of anticipation and the particularly personal style of Lebowski had raised my expectations from this very album, yet even if it is reviewed like any other album it is, unfortunately, not remotely convincing. The style is exactly the same as it was in the debut album, but leans evidently more on the jam side than the compositional one and the lack of any memorable melody follows suit. The unjustifiable long duration, the pretentiously melodic or grande parts, the pervasive atmosphere which hypnotizes instead of charming the listener and the incredibly poor production for today’s standards, add to that. The excellent performances of Grzegorczyk (guitar) and Łuczaj (keyboards) keep somewhat the interest, but anyone who knows the band this comes as no surprise. It’s a certainty that these very musicians have a lot of good music inside them and if they break free from the trap of repetition, they will give outlet to it in the most ideal way.