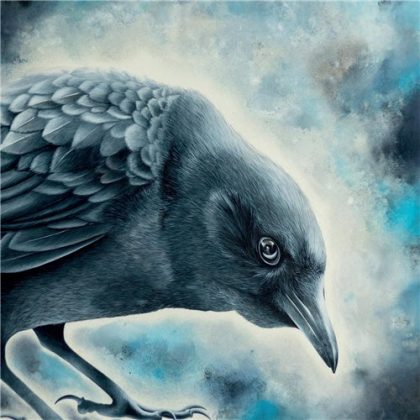 This year Big Big Train complete 26 years of a steady course which comprises 9 full-length studio albums. Especially, since the leaders of the band Andy Poole and Greg Spawton, took the decision to recruit the multitalented singer David Longdon after three albums with Martin Read and two others with Sean Filkins (all quite good, without giving something extra), their career really took off. The Underfall Yard [2009] and English Electric Part One [2012] are excellent examples of modern symphonic prog and of course highly recommended to all fans of the genre.

Three years after the satisfactory English Electric Part Two, Big Big Train are back with Folklore and of course the expectations are very high, since it is a band that is in the best phase of their career.

One of the most anticipated releases of 2016 is now a reality. The British symphonic progsters Big Big Train after three very good to excellent albums in a row, are seeking to make the “4 out of 4” with this year’s Folklore. The first sign which is given by the title, is reflected at once upon first listen. For the first time in their discography, they graft so strongly their symphonic prog influenced by Genesis, with folk and medieval melodies, and what is more, this specific influence appears in the album themes.

Despite the vintage aesthetic of the album however, they manage to sound completely modern and this is largely due to the excellent production that helps to be readily distinguishable. One can clearly hear the plethora of musical instruments in the album. Indicatively we could mention that apart from the eight-member line up, there are eight additional musicians that contribute through a variety of wind and string instruments (trombone, trumpet, cornets, euphonium, tuba, French horn, violin, viola, cello).

This blend of retro and modern sound is noticed from the title track, where the pompous main theme and the vintage, à la Tony Banks key sound is accompanied by some of the most catchy vocal lines they have written. The sweet acoustic guitar and flute introduction of London Plane combined with the Peter Gabriel voice tone of David Longdon take us to the 1970-1974 era. The change and climax of the track in the middle and the soft closure mark London Plane as one of the album’s highlights. In Along The Ridgeway, another great composition, where beyond the melancholic and lyrical character we meet perhaps the best combination of wind and string instruments and some great rhythmic moments followed by three acoustic guitars.

The mild Salisbury Giant which is next, except for the shortest composition in duration of the album, we could say that it is a breath for the rest. An impressive continuation, starting with the impeccable The Transit Of Venus Across The Sun, where the introduction and closing of the wind instruments, Longdon’s performance accompanied by the piano and excellent guitar solo by Dave Gregory in the finale are harmoniously combined . The central folk melody of Wassail and the beautiful orchestration are unfortunately spoilt by the anthemic vocal chorus that do not fit here as in the opening Folklore. Things are improving again in Winkie, one of the most adventurous moments of the album, with many changes in the atmosphere and the emotions, with Jethro Tull touches and intense film aesthetics to color the whole piece.

Brooklands contains some of the best instrumental moments of the album showing the highest technique level of the band. However, the long duration and some uninteresting points weaken the final outcome. The semi-acoustic Telling The Bees along with the elegant melodies of the dipole guitar / keys and beautiful vocals by Longdon close ideally one of the best symphonic albums of 2016. It is worth mentioning that in the vinyl version of the album two additional tracks are included, Mudlarks and Lost Rivers Of London which are also found in Wassail EP in 2015 and in my opinion they are not something special.

The key weapons in the quiver of Big Big Train are the compositional duo of Andy Poole and Greg Spawton and the rhythm section of Spawton and D’Virgilio. Flawless and exhibiting excellent cooperation between the latter two, they form the backbone of their sound. On the plus side as mentioned above, is the great production that is indeed their own product and of course the technical training that cannot be disputed. The only negative comments that can be made regard some mediocre moments in the duration of the pieces and the lack of many peak moments. If the duration of the album was shorter we would be talking about a flawless result. However, even so, Folklore will certainly be highly acclaimed by symphonic progressive rock fans.

Big Big Train are widely recognized for the flawless, perfectly balanced orchestration and mastery with which they “subdue” their skills to the inexhaustible melodiousness and the -not at all retro- lyricism of their symphonic prog, which always refers to Genesis in the ’70s (especially due to the timbre of David Longdon). All of the above are confirmed and are highlighted even more in Folklore thanks to the very good songwriting and excellent production. Through stylistic variations and structure, the flow of the album leads to repeated hearings, although the total duration could be somewhat shorter. However, even the weakest songs here have their beauty (Salisbury Giant, Telling The Bees) and are anything but fillers. The foretaste of Wassail EP can now be considered as poor in terms of the quality of Folklore, which rightfully belongs to the trio of their top albums, (hopefully) introducing Big Big Train in the prog elite.