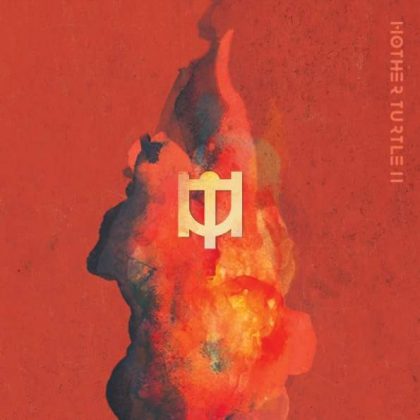 The Greek prog scene despite all odds continues to give us remarkable albums. This is due to the talent, hard work and mainly the determination shown both by the musicians and the people behind the bands that strive to promote them inside and across borders.

Mother Turtle from Thessaloniki, are one of those bands. In the last five years they have managed to make a sensation from the start and have nothing to envy from similar bands and releases abroad. Their main features are the perfect balance between structured ideas and experimentation, the technical competence of their music that works in favor of emotion and the smart use of their influences through knowledge of the past decades. Certainly, they do not lack modern aesthetics and expression that gives a new perspective to the term neo-prog without coming as a surprise to the traditional enthusiasts.

Three years after their impressive homonymous debut, the impatience of us all comes to an end with their second album, simply entitled “II.” The band once again takes over the release, thus indicating the autonomy and determination to achieve their musical vision.

The art of continuing the revolution

Bolder than ever and with more experimentation this time, Mother Turtle show us a renewed version of their sound, where the heavy / symphonic element gives way to directions that refer more to the jazz “sensitivities” of the Canterbury scene. All musicians have now the time and space to unfold their talent and improvisational ability and the significant additions to the band composition reinforce this commendable effort. Apart from the fixed core consisting of Kostas Konstantinidis (vocals, guitar), George Theodoropoulos (keyboards) and George Baltas (drums, vocals), George Filopelou on bass and Babis Prodromidis along with Alex Kiourntziadis on the woodwinds and strings respectively, contribute the maximum.

The opening “Overture”, despite its short duration and minimalistic development pleasantly takes us aback by the repeated multiple vocals that bring to mind similar moments by Gentle Giant. It’s an important piece which together with “The Art of Ending a Revolution” present the main lyrical focus of the album. Specifically, the average modern man seems to be with no memory, passionless and condemned in the self-destructive inaction and refusal to go beyond the limits.”Harvest Moon” follows with its haunting alternations unfolding one after the other like veils. The saxophone and violin come out like spikes of King Crimson and VDGG and operate faultlessly, combined with the theatrical tone of the vocals.

The common component of all tracks is the elaborate solos by Konstantinidis, designed note by note without verbosity and showing off with a “relief” sound thanks to the excellent production and its “live” aesthetics. “Ennui” sounds like an atmospheric evocation, an intense emotional moment where the flute and fretless bass make the piece hover. “Walpurgi Flame”, the longest track in the album starts with à la Floyd glissando guitar and the violin & saxophone duo gives a dramatic tone until a pretty delicate melodic “crust” is formed. The female vocals add sensuality along with the beautiful and colorful playing by Filopelou again in fretless. A truly adventurous piece of interesting changes and escalating tensions.

“The Tower” comes stealthily to awaken the terrible memories of 9/11 due to the nightmarish keys by George Theodoropoulos and the samples from news reports of the time back then. Theodoropoulos gets credit for his discretionary personal touches on the entire project, while the drumming by George Baltas shows confidence and comfort with which he links changes between rhythm and musical themes. The melancholic “The Art of Ending a Revolution” begins with optimism flares, where the contrast of emotions is identified and alternates with the singing of wind, string and electric guitar, until they come to the pattern of “Overture” and complete it with exemplary climax.

Mother Turtle manage to meet our expectations, thanks to the maturity, evolution and quality that distinguish them. Perseverance, passion and extra experience are paid off. Moreover, we did not expect anything different from a serious project and so structured that it can measure the pulse of the time both musically and lyrically. Even though they miss in popularity as the domestic music reality actually seems still unprepared to support the promising Greek prog, Mother Turtle prove that they master very well the art of NOT giving up on a revolution. We look forward to their next step.

“Judging from this debut and the perspective that it leaves mainly in the second half, the second album of Mother Turtle is rather” doomed “to be even better.” With this sentence I was closing my review on the first album of Mother Turtle and our expectations were vindicated to the fullest. With the additions of Babis Prodromidis on saxophone and flute and Alexis Kiourntziadis on violin they renew their sound giving it the option to move to other musical paths such as jazz-rock and Canterbury. Mother Turtle based the backbone of their second album on three long compositions, with the remaining three having an introductory character. Their great advantage once again is the excellent melodies with which they infuse their symphonic prog, but this time they invested even more in experimentation and in awesome rhythms and emotional change. From the British “Harvest Moon” and the excellent development of the atmospheric introduction of “Walpurgi Flame” and the exceptional guitar solo by Kostas Konstantinidis in the finale, and from there to the melodic “The Art Of Ending A Revolution” and the à la Gentle Giant vocals that close the album just as they started, we come to the same conclusion: we are dealing with one of the top progressive albums of 2016.