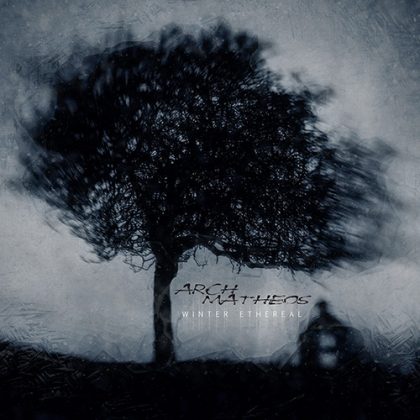 Jim Matheos, the mastermind of Fates Warning has given outlet to his talents in other ventures that either include prominent personalities of the prog scene or he puts out solo albums or even he collaborates with musicians who accompanied him in the first steps he took as a musician. John Arch was the original singer of Fates Warning when they were starting out aiming for a US power metal sound before they were engulfed by progressive metal which they revamped it fundamentally afterwards.

Eight years ago, the paths of Jim Matheos and John Arch intersected once more. The telltale voice of the latter met a guitarist who has dedicated himself to experimentation and the revival of prog metal. Sympathetic Resonance was an album where an unexpected marriage of the future and present occurred. The style that Matheos has moulded since Disconnected and his ensuing interaction with the musicians of OSI (and it is now considered as the epitome of the contemporary sound) was expressed through a voice from the past which was tested in unfamiliar surroundings.

Winter Ethereal marks the sequel of the splendid collaboration and verifies the estimations that the two musicians have a lot to give when they team up. In their second album we spot a bunch of great musicians contributing. The sheer existence of household names like Sean Malone and Steve Di Giorgio plus the ex- and current Fates Warning members (Mark Zonder, Aresti and Bobby Jarzombek) leaves no other option than grasp that something really big is fermenting here.

And, true enough, the new album justifies to a great extent the expectations of many. While it doesn’t really distances itself from the standards of the previous album, Winter Ethereal pushes them a step beyond. Heavier in parts (Wrath of Universe) and more experimental in others, the overall feeling is that it sounds as modern progressive metal should. Matheos revisits the different eras of the band’s past, lingering a bit longer in the Disconnected phase to forge it in such a way that Arch’s untamed voice rings as strong as it did back in the early days of the band.

An impressive fact is the long duration of Winter Ethereal which raises the question if the album can maintain the interest unfaltering to the end. It does, up to some point. The opener Vermilion Moons kicks off the album dynamically and nine minutes go by in a flash. Next, in Wanderlust, it is the melodies of FX that spring to mind. The drums and Matheos’ guitar come up with a killer intro in Solitary Man and when after a while the voice of Arch which stretches itself upon the sharp riffs joins them, it sends chills down our spine. One of the songs that stand out is Tethered which recalls the atmosphere of Parallels and its calm melodies provide to Arch the space to prove that he is a versatile singer who is able to evoke deep feelings except dynamism.

It is no brainer why Straight and Narrow was picked up as the album’s first official video: fast and heavy, straightforward and pretty much melodic, it is ideal to provide a foretaste about the album. Contrarily, the last, and also the longer, tune (Kindred Spirits) is the most experimental and probably the pick of the bunch.

Overall, Winter Ethereal is a very good album with only a few negative elements; its duration is one of them. After a prolonged waiting since their debut album, it made sense to come up with a hearty in duration record, only that it functions at the expense of the enjoyment. Keeping our distance from the musicians that turned us into progressive metal, there is no renaissance of the genre that justifies the ambition to extend the material in excess of an hour. The album concentrates Matheos’ best moments who pulls off to craft them in a riveting way and places Winter Ethereal on the top drawer along with other similar releases. Yet the modern progressive metal which he worthily represents seem to be entangled in the evolution that himself set into motion somewhere in the beginning of 2000. Today, Winter Ethereal sounds marvelous but not so revolutionary.

After eight years since their debut, vocalist John Arch and guitarist Jim Matheos are back with Winter Ethereal. This time the magical duo offers a very dynamic, heavier and much more emotional experience. Every detail, from the basic idea to performance and the overall production testifies their effort to create a delicate, yet powerful modern progressive metal album. No scorching guitar solos here, the album just flows. Arch simply shines on it, being still incredibly unique in his phrasing and melody line choices. Matheos’ playing is impeccable and it still evokes strong emotion. This record has a lot more variation compared to their debut. The songs are catchier and more melodic, but they still maintain a great amount of complexity. If I had to pick my favorite, it would be Kindred Spirits, the magnificent closer with nice transitions between heavier and quieter sections and intense riffing by Jim and Tethered, the most accessible track on the album which recalls the sound of the 80s prog metal. My only small complaint is that the sound of the bass can’t be heard clear enough in some parts.

This is a highly recommended album for anyone who enjoys music. Especially prog metal fans would do well not to pass it by, because Winter Ethereal contains classy, amazingly constructed, incredibly well-played and thoughtful prog metal.

Second track available from the debut album of Tuesday The Sky