Their debut album captivated us with the boldness, the originality and the groove that comes from psychedelic, progressive and stoner rock and also from Cretan traditional music (our reviews here). Babel Trio are in fact what they show in their music. Trikalero (drums), Dimitris (el. lute) and Michalis (bass) are three conscious and honest musicians, focused on their sole purpose, no other than creating music. Fortunately for all of us. 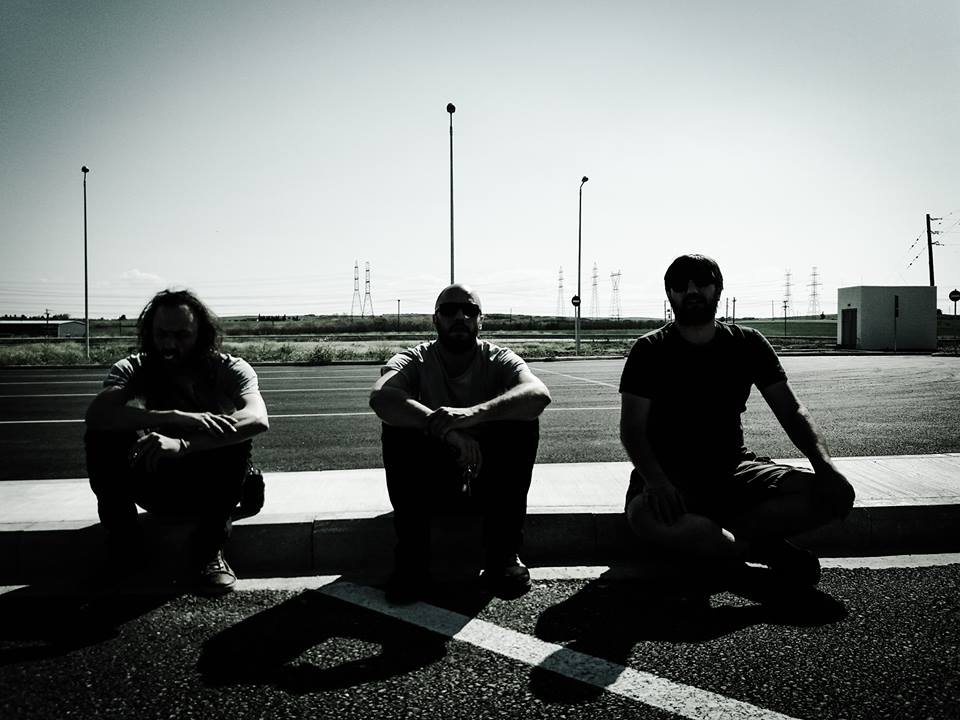 Hello guys! Let’s skip the typical stuff: congratulations on your debut album which was a huge and a totally pleasant surprise for us all in progrocks.gr. It’s not typical, because neither your music, nor your playing is such. How would you describe your music and what are the main influences you pick up on the final outcome?

Dimitris: Perhaps it is something impossible to pigeonhole and maybe that’s why there is a number of elements to spot. It is rock for sure that draws on the melodies of folk music, occasionally psychedelic and open to experimentations.

Trikalero: We play Cretal! The term is derived from the words “Crete” and “Metal”. The first one refers to Cretan music and the second to metal. There is also some inslular punk in there! You’ll figure it out on our second album, too! 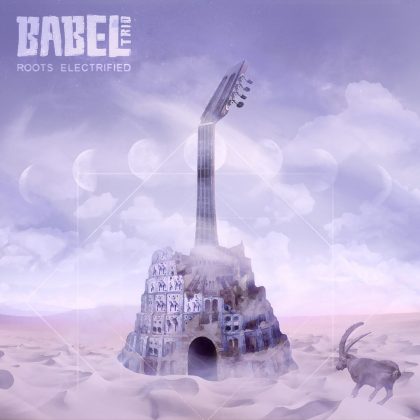 Let’s go back in time. How came the band to life, how things were like before that and how did you get to where you are now? Have you taken a personal interest in pure traditional music, as individuals?

Trikalero: Initially, the experimentations took place between me and Dimitris. Just drums and lute! We were bashing on riffs, short phrases and completed short song structures or even other melodies. That’s how the remake of the classic Sound of Silence by Simon and Garfunkel came into being. Circular, for instance, is a tune which was almost finished back then. So, at the time I was part of a band that was playing Cretan music and by happenstance Michalis joined us once. In a heartbeat I suggested Dimitris to give it a go the three of us and the addition of the bass would made our goal come true, which was the formation of a band!

Dimitris: Right from the start, our music was based on assorted influences and personal preferences ranging from traditional Greek and Cretan music to jazz, hard rock and funk. Every one of us came from a different background until our meeting which makes our coexistence all the more interesting. The combination of the facts mentioned led us to the musical path we walk today and their mixture resulted in Roots Electrified.

Michalis: I remember that we tried with Trik to start something from scratch, but we failed to go on with the projects. At some point in 2012 he told me about a lute player who was playing with effects and I almost burst into laughter, but when we jammed together I got hooked right from the first note. I am into traditional music since I was a kid, playing in various traditional groups at festivals in Corfu and in Crete.

When were the songs written and to what degree is their final shape different compared to their original one?

Babel Trio: The songs were the result of the experimentations we did within our first two years as a band. Cretan musical tradition is the main source of our inspiration. As we grew as a band, some songs took a completely different turn and were drastically changed. Their final shape that is demonstrated in our album Roots Electrified is the outcome of the combined ideas and input of us three.

Give us the lowdown on the recording sessions of Roots Electrified. How easy was it to decide on this sound and mix?

Babel Trio:Roots Electrified was recorded mainly in Rethymno at the home studio of Telis Aristotelis who is our sound engineer. It was not that hard to come up with this sound since we knew from the outset the direction we wanted to follow. The question was if we could do it with the means available! While recording, we gained experience on such technical issues. We learned loads for sure, and there is still plenty to know, and this newly acquired experience will be invaluably useful on our next steps. 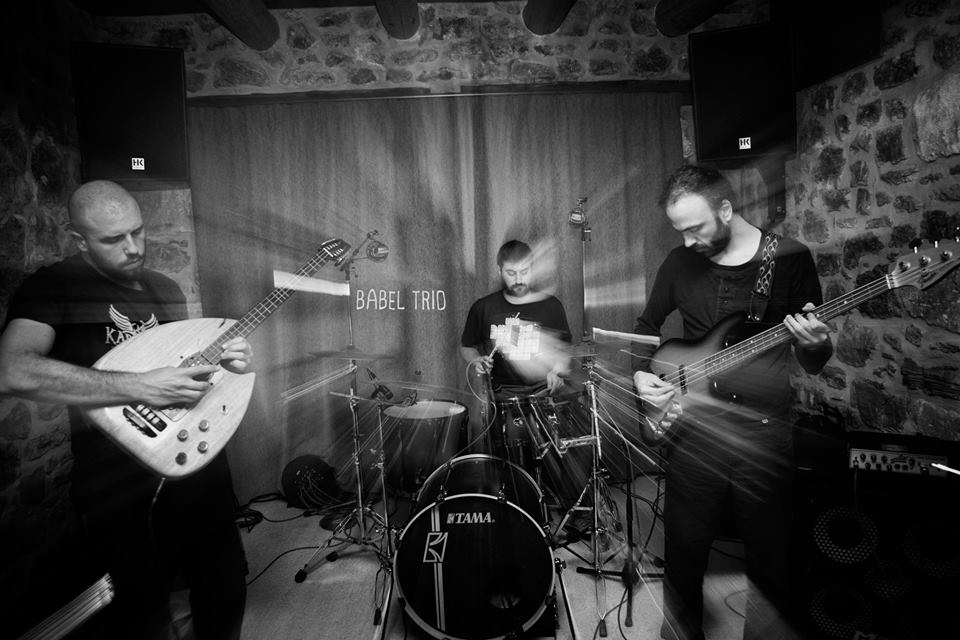 From a distance, to the extent that is possible, what is this that you would definitely change and what is your favourite ingredient of the album?

Trikalero: I can’t think of anything that I would change. The final outcome pleases me because it meets totally our goals that we set from the start. My favourite thing is the drums! And the cover as well!

Michalis: What I like most is the diversity of rhythms and the multitude of musical genres.

What is the reaction of the people and the critics to Roots Electrified? Was it something expected?

Babel Trio: Truth is we were not particularly surprised by the reaction of the people because the material had been tested at various stages all over Crete. In other words, people were familiar with the music and then came the album! Nevertheless, it is a great pleasure indeed to witness our first official release getting such a warm reception. 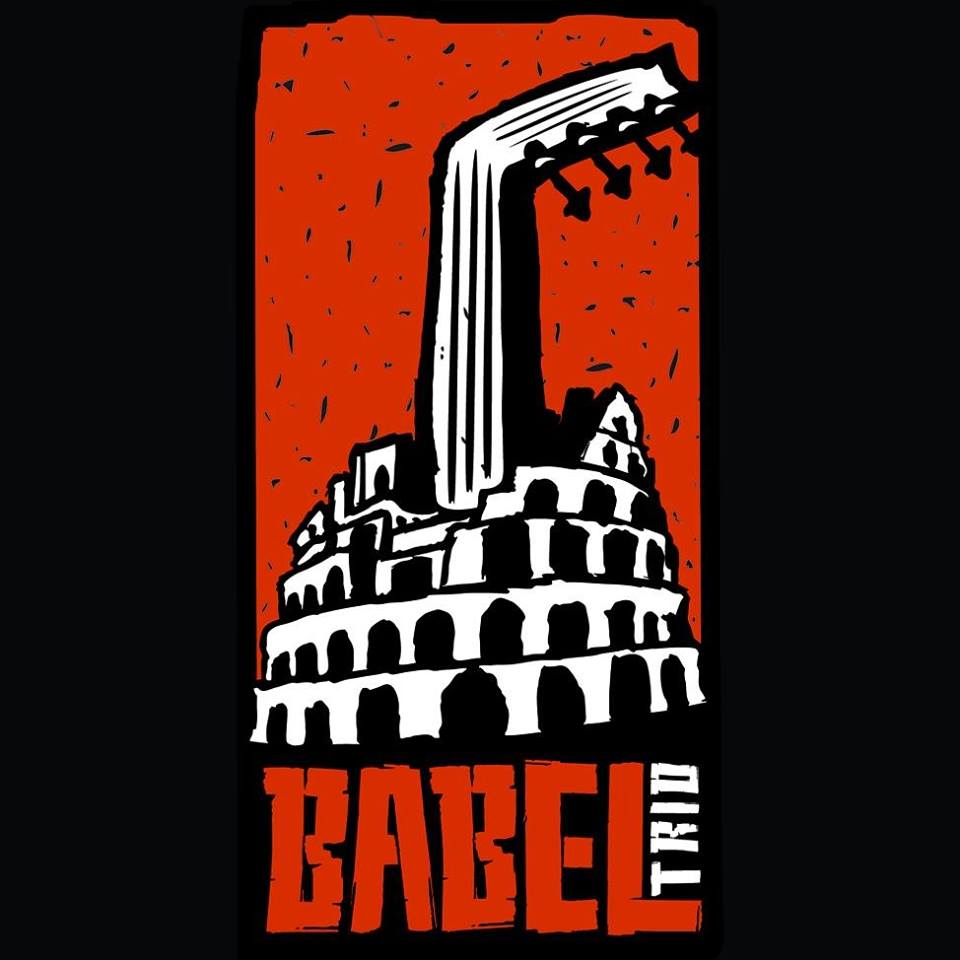 You have already played many gigs, you have played in festivals, and it is obvious that jamming runs in the band. Is this also the procedure when composing songs? Do you work away at a riff or a melody and then develop it?

Dimitris: The jamming-thing was taking place mainly when we got together, whereas now we mostly compose music and then arrange it.

Trikalero: Granted, we have jammed a lot! Sometimes we keep playing a riff repeatedly like a prayer, a ritual in order to produce this solid stuff. We experimented a lot and through chaos came genesis.

Contrary to the majority of the so-called psychedelic – or related to that sound – contemporary bands, your music does not simply mix traditional and progressive elements, but it also sounds gutsy and honest. What other Greek bands would you consider as ideal to play with Babel Trio at a festival?

Babel Trio: The last few years there is a tendency in Greece to marry the traditional music with other genres. Now, bands that match our style at a festival…Right now the ones that spring to mind are Villagers of Ioannina, 1000Mods, Thrax Punks, Xilouris White, Baildsa, Puta Volcano, Naxatras and The Halay Lamba! We all look up to these bands and we have personal contact with some of them. We are really chuffed about that! Just recently we played together with 1000Mods and Puta Volcano in Heraklion. It was a very intense experience!

Yiannis Aggelakas is a timeless artist in our view and we also give props to Rotting Christ for their career. There were great artists and bands in Greece at all times, and of course there are now. Each pulled off to build a fanbase of their own and charted their own course and this is something that constantly strengthens the Greek musical scene.

Those who have lived in Crete know very well that traditional music is very important to everybody (unlike, perhaps, the rest of Greece), regardless of age. What do the fans of Cretan music think of Babel Trio?

Babel Trio:We hold the view that our music is a special part of the Cretan music. Our audience perceives that it is something else compared to the traditional Cretan music and either it strikes a chord with them and they like it or it sounds like something they cannot comprehend. Nevertheless, we don’t think that what we do can be compared in any way to traditional music. On the other hand, we incorporate some of its elements and perhaps it’s them that a fan of Cretan music picks up on.

How did the lute come about, electric no less? The concept is original, but also risky since you’re a trio where keyboards, wind instruments and others are absent and your music is straightforward for a fact, with the melodies and the riffs emerging from the lute of Dimitris (Sideris).

Trikalero: If I’m right, the idea came about when Dimitris began tampering with the signal of the acoustic lute and distorting it with pedal boards and assorted sound effects. Also the jamming, experimentation, decibels and sweat itself led us to the conclusion that an acoustic instrument can’t keep up with the electric ones at gigs. On the other hand, an electric instrument could showcase a lot better the new sound that was taking form; the sound that we listen to Roots Electrified.

Dimitris: The idea to use electric lute was mine and it was materialized by Yiannis Leventakis and me. It is, in essence, the first electric lute ever and of course its role in Babel Trio was determinant for its development. 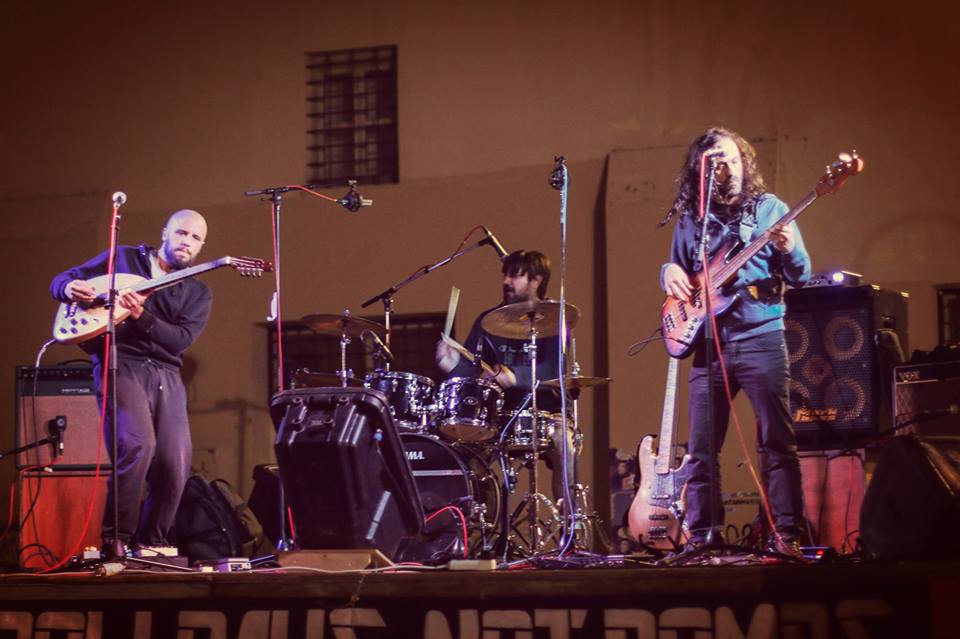 Which are your main influences, regardless of the genre?

Babel Trio: “Regardless” is the keyword! Pink Floyd, Black Sabbath, Melvins, Kyuss, King Crimson are very dear to us. Thanasis Skordalos, and the Greek folk music as a whole, has largely influenced us.

Without giving it much thought, name five favourite albums of yours.

What do you anticipate of the future of Babel Trio to be? How do you think people, within or outside Greece, will respond to your sound? Really, have you got any reviews or comments from abroad?

Babel Trio: Given the traffic and the response of the people in our YouTube channel, where there are also viewers outside Greece, we believe that our music can traverse successfully the Greek borders, mutatis mutandis. After all, there are illustrious examples of Greek bands with sound of their own that built a fanbase in Europe and the USA. We have this goal too and we believe it will come true within the next few years.

What are your immediate plans? Is there any new material for your next album?

Babel Trio: Our immediate plans include a tour in northern Greece in November starting from Athens and when this is over we will begin recording the second album. Since you ask, the new material is almost complete!

Thank you for your music and its straightforwardness. We’ll be in contact!

Babel Trio: We thank you too for your interest and the plug you gave us to talk about our band and our album!