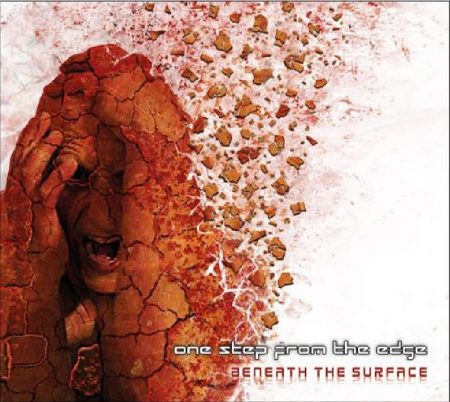 The debut album of One Step from the Edge is one more interesting proposal in the blooming Greek metal scene. The band from Ioannina presents us a mixture of groove thrash and progressive metal, but if someone’s intention is to describe their sound, the term “modern heavy metal” would suffice.

In search of personal identity

When the one-and-a-half intro of the album The Beginning is over, the title track makes plain to the listener what they are about to listen to: a combination of melody and heavy riffs played in fast, but also in mid tempos, too. The vocals impress right off the bat but this impression is not always a positive one. Let’s make clear that the singer Alexis Seretis is not bad – not by a long chalk. It is the way he chooses to deliver the songs à la Warrel Dane (Nevermore era mainly) that alienates. No matter how a good singer you are, it is too hard to attempt to copy someone of that caliber. The truth is that Nevermore are also the main influence here, but the band seems to have absorbed a fair part of the modern metal sound.

On the pure technical aspect, it is obvious that the band has no problem whatsoever performing what they have in mind. Special mention should be made of some very beautiful lead guitar parts while the discreet usage of the keyboards improves the final outcome. The ten compositions (plus the intro) make a satisfactory set. Although most of the tracks are up-tempo, there are some mild, in the vein of Nevermore moments that add some diversity. The production and the sound are of high standards. It is very pleasant that a band which comes from a small town in Greece recorded there and achieved the sound it aimed for. Of course there is room for improvement, but the only glaring issue is the way that the vocals “tread” (sonically) on the music at some parts.

Beneath the Surface is a promising first move of a band which is obvious has analyzed in depth the sound it serves. Unfortunately, the heavy shadow of Nevermore does not allow their strengths to come into light. If their research for personal identity comes to fruition, then their next album will be a different beast altogether.

Beneath the Surface is the debut album by the Greek progressive thrashcore band One Step from The Edge. The musical direction of the band blends many different musical genres from thrash metal to modern metalcore with both clean and brutal vocals also thrown in. The album includes ten very structurally-wise interesting songs in which the band members show their versatility and skills as musicians. The guitar tone is very heavy, groovy and melodic at the same time and every song is filled with great solos. The instrumentation is well done and there is a good mixture of clean and harsh vocals. I hear a lot of groove from the rhythm section that I really enjoy. The guys have a real passion for the old school thrash sound and it’s noticeable in almost every track and a bonus point goes for the progressive elements on the album. The production is surprisingly good especially for an underground release. The whole album is very diverse and every track brings different dynamics to the listener. In my opinion two songs deserve special mention: Beneath the Surface and …From the Edge.

All in all, this is solid effort, but there is still a lot of room for improvement especially in terms of creativity and songwriting.