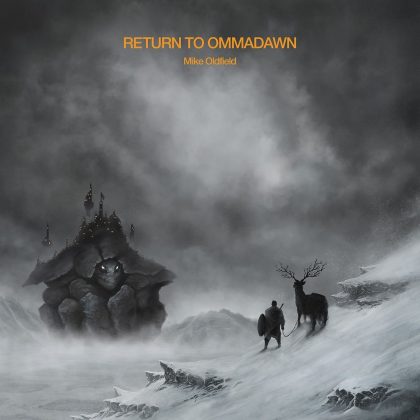 What are we to say about the great musician Michael Gordon Oldfield! The Englishman Mike Oldfield, having already learned to play the guitar since his adolescence and taken his first steps on the side of his sister Sally, sought vainly for a record label with the demo of Tubular Bells at hand he drew the attention at the studio where he used to play. The foundation of Virgin Records from the owner of the studio, Richard Branson, marked the launch of Tubular Bells, the most famous album by Mike Oldfield in the year 1973. After the huge worldwide success, Hergest Ridge followed in 1974 and the following year the also pioneering for its time, Ommadawn was released. It is said that this word comes from the Irish amadán meaning “dumb, stupid”, although its music cannot be described as such. The work of this musical genius has been awarded several times and has influenced numerous subsequent artists but also contributed to the development of musical movements. After numerous participations and collaborations and with over 30 albums to his credit with important milestones of commercial pop hits in the ’80s (indicatively, Five Miles Out, Crises, Discovery, Islands), music for the cinema (Killing Fields), the change of record company in the 90s (Warner Bros) and Tubular Bells II & III and the amazing Celtic-like Voyager, he remained prolific during the 00s under the label of Mercury Records, while this year he comes back with the sequel of Ommadawn entitled Return to Ommadawn, and has already announced that he is preparing  Tubular Bells IV!

Back to the top!

Just as with Tubular Bells, Oldfield chooses to go back to his roots and to his early discography labors, which, given the high quality of these first projects, his fans are especially delighted. Return to Ommadawn follows the pattern of the two pieces, one part per vinyl side while musically it is not alien to the style of Ommadawn. In fact, the vocals effects heard on the album come from the original Ommadawn. There are  here as well, the folk and Celtic elements, while the soundscape is created masterfully beyond the magical guitars -electric, acoustic, flamenco- with mandolins, banjo, ukulele, bodhrán, African drums, glockenspiel, Celtic harp as well, tied with masterful orchestration and mastery in such a way only Mike Oldfield knows to deliver.

The combination of a suite that unfolds slowly to culminate with quick evolutionary bursts with the beautiful melodies that Oldfield composes is something unique and hard to leave the listener untouched. I would say that I like the first part a little more than the second one, but anyway the short duration of the album is appropriate to hear the album in its entirety again and again.

The haunted gray cover with the traveller in the frozen landscape matches the opening of the album causing shudders. Oldfield in an interview a few days ago revealed that the idea came to him while watching the series Game of Thrones! Also, he asked his followers to declare in a contest on facebook, what Ommadawn, means for them as for him it has a special significance and the truth is that we all have our “own” Ommadawn or at least we are still seeking it  …

Mike managed to bridge the past with the present and awake feelings and memories that “haunt” us. He just proved once again the inexhaustible talent and the greatness of his soul. That’s why we love him.

Most times when great artists connect their new releases through the title with masterpieces of the past that have defined them and offered them recognition, the results do not justify them. Yet, in the year 2017, Mike Oldfield with Return to Ommadawn not only respects and honors the legacy of one of the top of his records, but offers us a surprisingly tied and inspiring work that although it is very early, it stands as a candidate for the top of this year’s. As usual the British multi-instrumentalist plays everything into the two grandiose compositions that make up the album, with the melody, atmosphere and aesthetics to colour the orchestral canvas of this great musician that evoke the golden ages of Tubular Bells / Hergest Ridge / Ommadawn period.