I admit that when I first learned that the album Canticles of the Holy Scythe would be played live with the participation of Attila Csihar I was filled with huge expectations for the final result. I believe that Lüüp are wronged by the dimensions of their being in a thriving scene. Surely the fact of a live incarnation of such a complex project is a success in itself, but it is hard for any venue to support the project. Truth be told, some shows are not as captivating under the scene of a small club in a standing position, no matter how many technical difficulties we may accept. This spectacle fits into larger stages, in places with different sound and a seating audience. 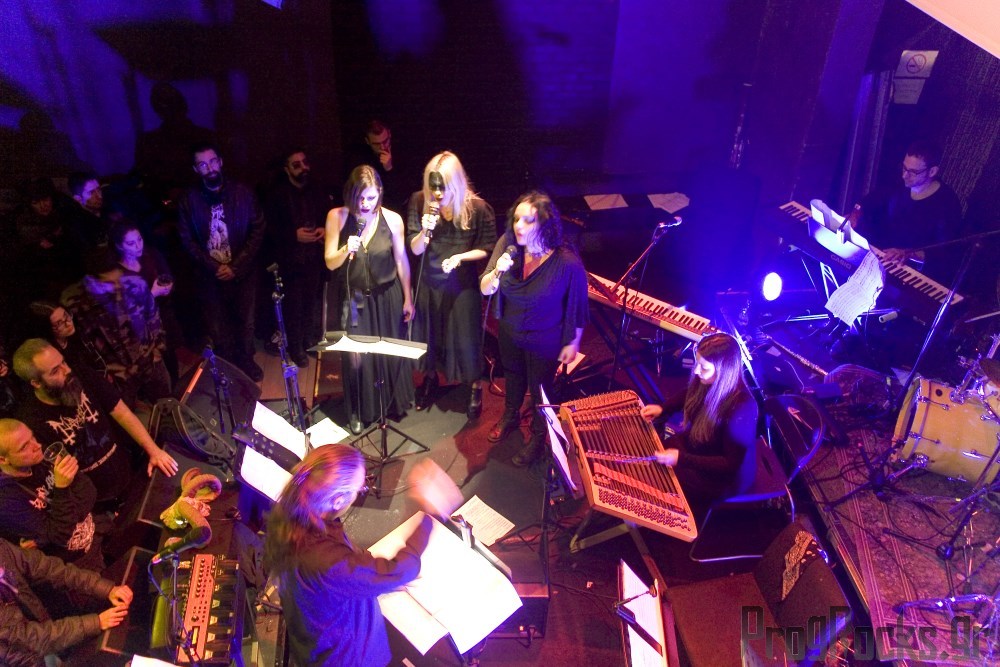 On Friday night, Temple Athens was almost filled by friends of progressive music, but mostly by those who were fascinated by the participation of Attila Csihar. This distinction was easily perceived by the response of the adaptation of Mayhem’s Freezing Moon at the end of the setlist. But the main theme was by far the first part where Canticles of the Holy Scythe album was presented in its entirety. The small orchestra of Stelios Romialiadis, amongst a painter who was planning a grotesque figure in live broadcast on the backdrop and a polyphonic trio on vocals, began with Γιατί Είναι Μαύρα Τα Βουνά and gave an excellent performance. We could be talking about the absolute highlight of the evening if the performance of the collective in the next composition 9°​=​2° (Κόγξ ὀμ Πὰξ), where Sophia Sarri almost brought us to the odious rooms of the Eleusinian Mysteries with her voice. 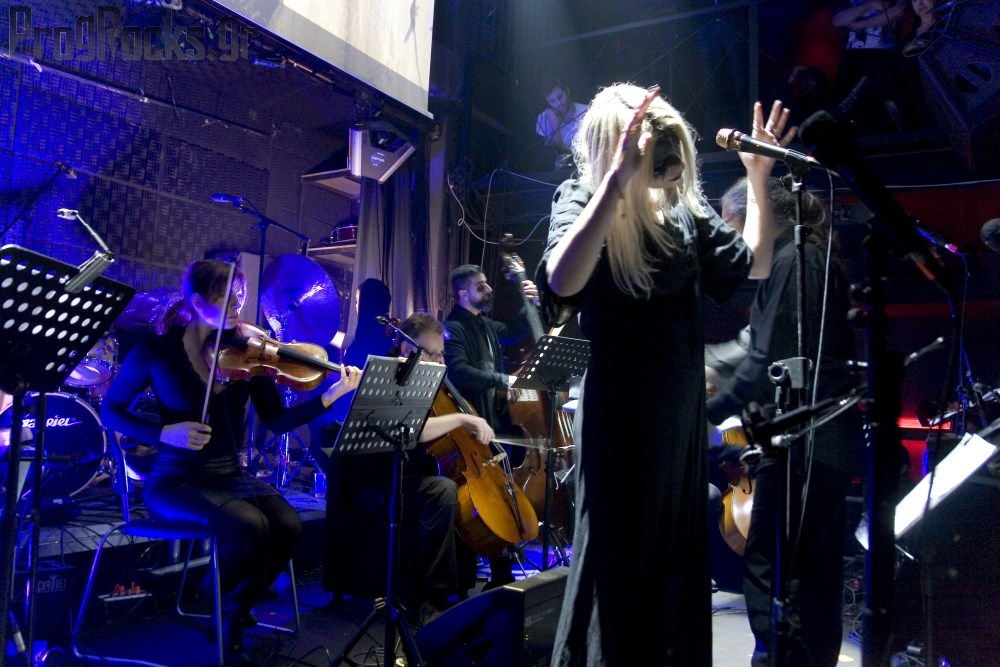 It was time for Attila Csihar to appear on stage, and fatally the projector of our attention fell on him. Theatrical, knowing the mystical approach of music which he was called to perform, he easily demonstrated why he is considered an accomplished artist. And until the completion of the first part, his presence was yet another aspect of the excellent audiovisual performance of a well structured project. With the completion of 3OHA (Mors Consolatrix) for me the show had been completed, I felt filled by the music and above all by the vision of the artist who composed the album: Stelios Romaliadis. 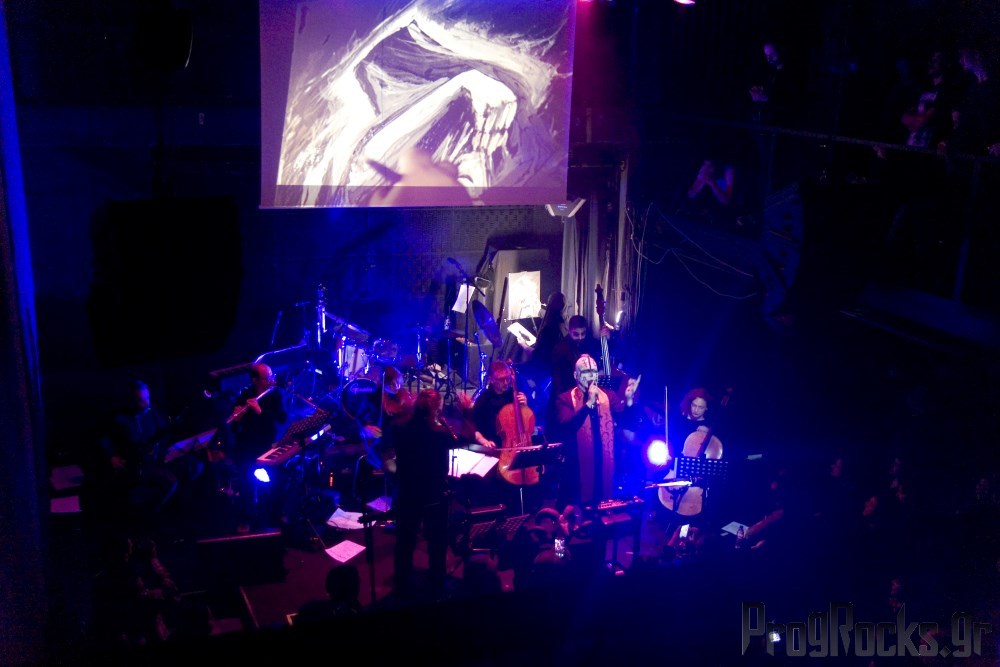 On the contrary, the second part with the improvisations by the orchestra and the vocal duet of Sarri and Attila, left me totally indifferent. And no matter how open I think I am in the avant-garde choice of sounds and images, I insist to think that the lack of structure in a performance does not give any meaning to the average listener’s presence in this improvisation process. 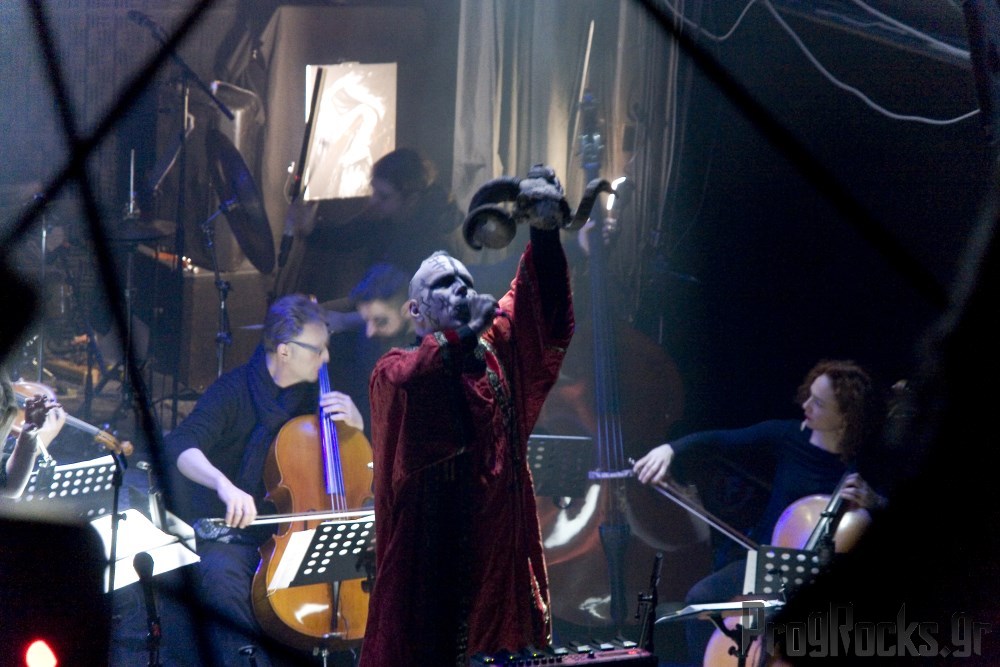 Lüüp by Stelios Romialiadis is an important case for Greek music and must not be lost under the weight of the underground scene. I expect light to fall on this endeavor, I hope productions will grow, agents and managers will be interested, cultural institutions and private initiatives will be mobilized, so that the vision of this musician will not left in the dark he so adores.