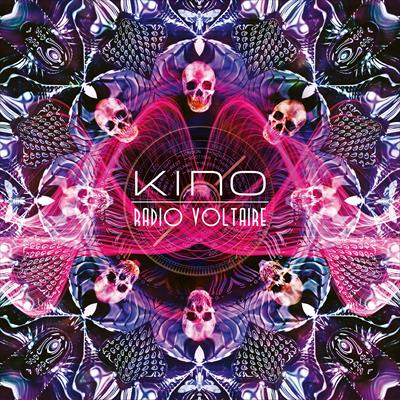 Kino have announced the release of their new album “Radio Voltaire”, arriving 13 years after the band’s debut “Picture”. The release date is set for the 23rd of March via Inside Out Music. The line-up constist of John Mitchell (It Bites, Lonely Robot), Pete Trewavas (Marillion), Craig Blundell (Steven Wilson) & John Beck (It Bites) guesting on keyboards. The album cover has been designed by Paul Tippett.

Mitchell comments on the album direction: “The title sounds very cool and obviously there’s a connection with the band Cabaret Voltaire. But Voltaire himself (the 18th century French philosopher) had a fascination with death, which appealed to me. He also stood for freedom of speech and freedom of religion. On top of that, I love the idea of a radio station that would reflect his views on life and cut through the bullshit which seems to be all over politics. Now, that is the type of radio station I think would reflect what a lot of us want to hear.”