On the evening of Monday January 13th, 1969, King Crimson formally began rehearsals in the basement of the Fulham Palace Road Cafe. After hauling their equipment down the stairs into their cramped rehearsal room Greg Lake, Ian McDonald, Michael Giles, Robert Fripp plugged in their instruments, and with Peter Sinfield operating lights and sound, played and worked on material for the next hour and a half.

By July of that year, the band was performing in Hyde Park on the same bill as The Rolling Stones to an audience of up to 500,000 people. By October, the debut album: “In the Court of the Crimson King” was in the Top 5 of the UK album charts, shortly followed by a top 30 position in the US album charts and a No 1 slot – replacing Abbey Road – in the Japanese international chart. By December, following a series of US concerts finishing at San Francisco’s Fillmore West, the band’s first line-up had imploded.

But that was just the beginning… 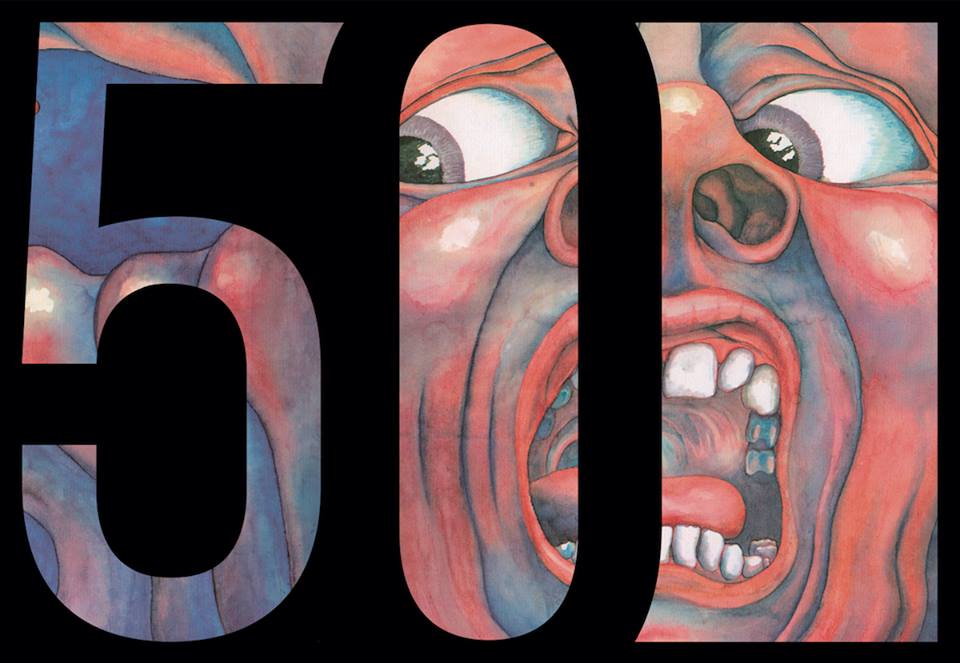 In celebration of 50 years, King Crimson a few hours ago announced:

50 Concerts for 2019:
The current eight musician line-up will perform 50 concerts across three continents as part of their 2019 Celebration tour.

Dates already announced and on sale include a trio of concerts at London’s Royal Albert Hall, June 18, 19, 20 and New York’s Radio City Music Hall on September 21.

May: Heaven and Earth: Multi-disc CD/ DVD-a/Blu-Ray set covering the period from the late 1990s – 2008 – completing the availability of all King Crimson studio albums in 5.1 multi-channel audio.

Oct: Complete 1969 Recordings CD/DVD-a/Blu-Ray set – completing the availability of all King Crimson studio albums on Blu-Ray.
A vinyl set of 1969 recordings is also being planned.

Other planned music releases include: 200 gram vinyl editions of Beat and Three of a Perfect Pair, the 2CD 2019 King Crimson tour box – 6th in the series of releases issued to accompany each tour from 2014 onwards.

2019 will see the release of CLUB48, CLUB49 and CLUB50 – the final three in the Collectors Club series, taking it 50 releases in the band’s 50th year. CLUB48 will be a recently discovered board recording of the concert in Newcastle on 8th December 1972 by the complete Larks Tongues in Aspic line-up before Jamie Muir left the band.

In The Court of the Crimson King Companion & Boxed Set

Limited edition expanded boxed set of “In The Court of the King Crimson” including all the live recordings, the expanded multitrack 1969 recording sessions, as well as a new 5.1 remix of the album.DGM Companion Vol 1, edited by Robert Fripp & David Singleton – Vinyl sized coffee table book covering the history of “In The Court of Crimson King”, with complete timeline, extensive photos, recollections and essays.

June: Sid Smith’s long out-of-print acclaimed biography, In the Court of King Crimson will be published in a revised, updated and expanded edition.

50 tracks, 1 per week featuring a new, rare or alternate take from across the KC catalogue and available via all major download and streaming services. Each track will be accompanied by a special spoken word introduction by King Crimson manager/producer David Singleton.

Cosmic F*Kc: The King Crimson documentary, directed by Toby Amies, who has been given unique access to the current band as well as interviews with past members and archive footage. To be released in late 2019. An accompanying soundtrack will also be issued. 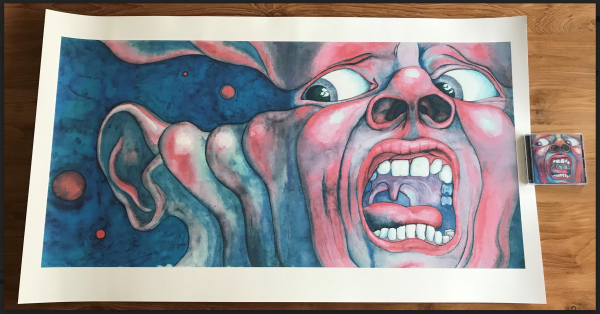 200 limited edition Silk Screen prints of the outer sleeve of In the Court of the Crimson King. 100 copies of the interior. Printed at actual size of the original art (46.5 inches x 27.5 inches including surround). All prints will be signed and numbered by Robert Fripp. Early purchasers will be given the option to buy matching numbered sets.