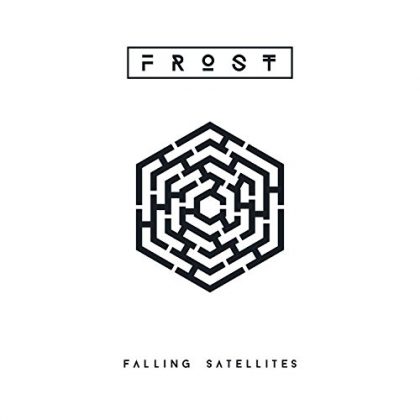 Taking a quick look at the progressive rock scene from 2000 until today, one easily concludes that the bands of our time combine many more elements in comparison with the past, although few bands do so with undeniable success. Belonging to the wider family of bands like Arena, It Bites, Kino, IQ, Pendragon, Magenta, Jadis and Darwin’s Radio, The Londoners Frost* stand out with ease in the contemporary neo-prog scene. The guilt-free combination of progressive rock with pop as well as heavier elements makes them special and for many their favorite band.

Their debut, Milliontown (2006), is one of the most brilliant diamonds of contemporary prog and Experiments in Mass Appeal (2008) was not less than equivalent and established Frost* in the eyes of the progressive rock fans.

After eight whole years of silence Falling Satellites suddenly rekindled the interest of those who had loved the first two albums, attracting new listeners to the always fresh sound of Frost*.

In their third release Frost* continue in a similar vein with the previous albums, with the character of the group not having even slightly changed, despite changes in the composition of the band. The remaining two members (the founder Jem Godfrey and the talented all-around musician John Mitchell), who “row the boat” in compositional duties got along with Nathan King (bass) and Craig Blundell (drums) and the journey continues after eight years.

While the pop sound is a landmark of the group – and many will hasten to pass by – Frost* should not be underestimated. The compositions are extremely mature, the production (as expected) crystal clear but the USP (unique selling point) of the album is the incredible energy that comes out of the collaboration of Godfrey and Mitchell, translated into over exited riffs, high speeds and unexpected twists for a pop / neo-prog album. They manage to convey a personal sound despite frequent references to Spock’s Beard (notably on vocals), influences by Porcupine Tree (Signs) and nostalgic time trips to David Sylvian (e.g. Last Day) and Pink Floyd. Mitchell’s work here has nothing to do with Arena, showing that he can play comfortably in other fields too.

Falling Satellites is an extremely bold album which shows that experimentation (listen to the dance / electronica elements in Towerblock) can fit with the “digestible” and make a prog album that will make the listener dance to its power prog-pop rhythms. To tag the album simply as a neo-prog one is rather unfair. I singled out the duo Heartstrings – Nice Day For It for their ecstatic main theme and the guitar-keys twin solos that lift the tracks – the latter is one of the highlights of the modern neo-symphonic prog sound. The weak spots of the album are the indifferent Lights Out and Closer to the Sun (Satriani’s participation does not save the track) which fortunately do not affect the very good final impression.

I believe that such albums can bring many more listeners close to progressive rock.

The return of the British validates their compositional and aesthetic superiority in relation to the average neo-prog band. In Falling Satellites the pop element is evident fortunately without being mushy, while the electronic elements help the compositions to breathe. Nevertheless, a strong cerebrality governs the pieces, requiring multiple hearings from the listener and rewarding him with pleasant surprises. The vocals, though clearly influenced by Neal Morse’s school, have their own personality and are one of the key strengths of the album. Falling Satellites is the perfect package for anyone who seeks a blend of cerebral pop and progressive rock with adventurous compositions and attention to details, which anyway are those which make the difference sometimes.