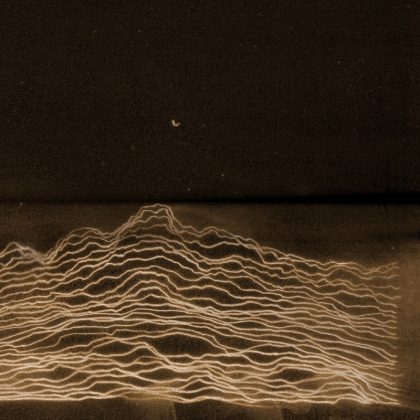 Right from his initial ventures in the record industry, Sam Shepherd alias Floating Points seemed to be in search of something genuinely idiosyncratic in the plans he was laying for the architecture of his style. Diligence repaid and two years ago he released the enjoyable Elaenia, where, at times, he seemed to conceive sceneries that looked -undoubtedly- personal, almost… unheard. We were impressed by the perspicacity with which he approached jazz and the way he introduced it to a wider context of electronicality he had incorporated into his compositions. One way or another, he is well-known for his electronic compositions so far, even if they were casting furtive glances towards jazz. But the new record of Samuel Shepherd caught us somewhat off our guard…

The latest album of Floating Points entitled Reflections – Mojave Desert seems to be in search of a distinguishable imprint on the heels of Elaenia. It is an opus that pays homage to the vast, barren, dusty and compelling scenery of the desert Mojave which spreads from southeast California to northwest Arizona of the United States that sticks to the mind. For the purposes of this venture, a short film was produced which is included as a DVD which displays images of the desert we speak of, which adds up to sentimental effects that the whole project generates.

In this objet d’art, Floating Points assembles a group to build the pieces that will construct a whole. Jazzy, post-90s electronica and post-rock (it clearly encompasses jazz elements, too) perceptions are part of the plan of the ambient disposition of the album, as it happened earlier in Elaenia, only this time the jazz-resultant doesn’t have a key role. I would say that in Reflections – Mojave Desert the tendency to rock as a whole is reinforced with the desert element (consider Kelso Dunes and Silurian Blue), but also the motorik rhythmology and the komische mark of krautrock (Kelso Dunes once more…).

Otherwise, a handful of outstandingly melodic and sensational interludes make their mark, such as in Lucerne Valley or Kites, which were apparently created by a contemporary composer, but they could also stand in the electronic sounds of the ’70s, reminiscing, among others, Laurie Spiegel and Richard Pinhas (Heldon).

On the other hand, there are some objections. It is worth pointing out that with more flexible structures and motifs in melody and rhythm, Floating Points would add a greater depth and a higher number of surprises to the overall result.

Twenty-seven and a few minutes later, FP and the rest of the musicians in the album leave us with the feeling that our thoughts and impressions while listening to their partnership will come back and grow nicely in every subsequent contact with it.

Reflections – Mojave Desert is basically the musical for a short film by Shepherd with Anna Diaz Ortuno. A crucial factor for his inspirations was the band’s preparation for the American tour. Their rehearsals took place outdoors in southeastern California, and more specifically in the Mojave desert, as the title of the album suggests.

The atmosphere of the place has catalytically influenced the formation of cinematic sound with tinges of psychedelia and a feeling komische that characterizes the pieces. Somewhere here lies also the weak point of Floating Points’ compositions in this release. Although the melodies are structured very well, the compositions develop very slowly, creating a state of expectation that is never satisfied, emphasizing self-referencing and ultimately only tiring, making the tracks sound like unfinished purposeless jamming without coherence.